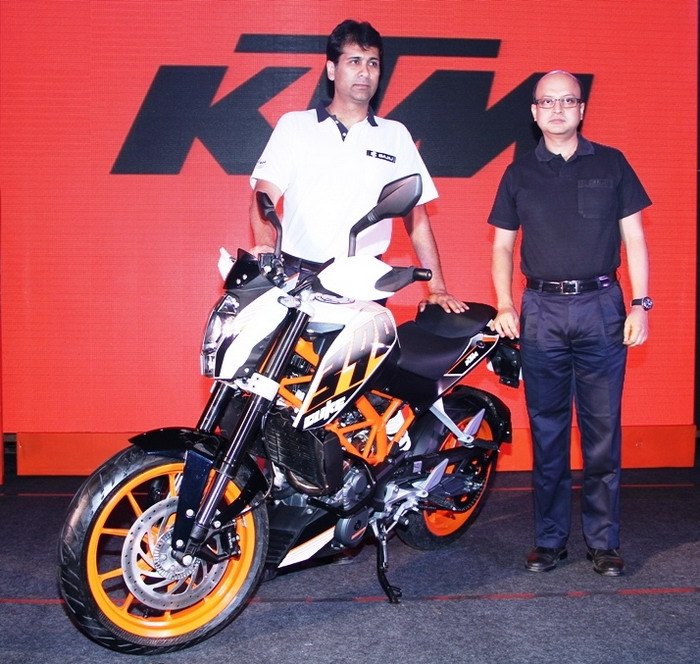 Good news for all those who have booked the KTM 390 Duke and are itching their palms to get throttle happy on the Hooligan!! 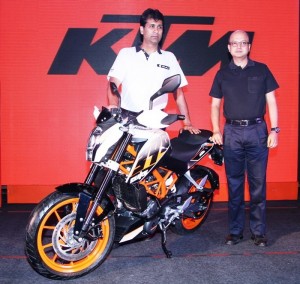 Bajaj-KTM announced yesterday that they are planning to begin the domestic deliveries of the KTM 390 Duke by the end of September. This statement was made by Mr. Amit Nandi, Vice-President of Bajaj Auto (Probiking).

The KTM 390 Duke’s launch could arguably be called the most hyped bike launch in India. The bike was ushered in amidst much fanfare at an introductory price of 1.80 Lakhs INR in June. Cheers and catcalls followed, as a nation felt that their wishes and demands had been fulfilled.

The bike is nearly similar to the KTM 200 Duke from the exterior view. Some parts are added, like the handguards. However, the powerplant is miles ahead of that on the KTM 200 Duke. The 390 Duke’s mill has a NiKaSil coating, and quite a few other features.

Bajaj Auto’s joint-venture with KTM designates the production of about 2 lakh units of the KTM 390 Duke. Half of the number will be put together under the roof of the Chakan facility, while the other half units will be pieced together at Austria. The bikes produced at the Chakan facility, however, are shipped to KTM’s HQ at Matighöfen for stringent quality checks.

Obviously, it is a safeguard aimed at something which many Indians will pit their voice against.

Apprehensions had been raised against the introductory price of the KTM 390 Duke, with fans and foes alike saying that the price would be raised very soon. However, there’s no cause of worry now. Mr. Nandi has laid to rest all the doubts that had arisen in our minds by making it clear that there are no such things planned as of now.

So make hay while the sun shines !! Rush to the nearest KTM store and book this hooligan. Data shows that till date, Bajaj has received about 1,500 bookings of the KTM 390 Duke.