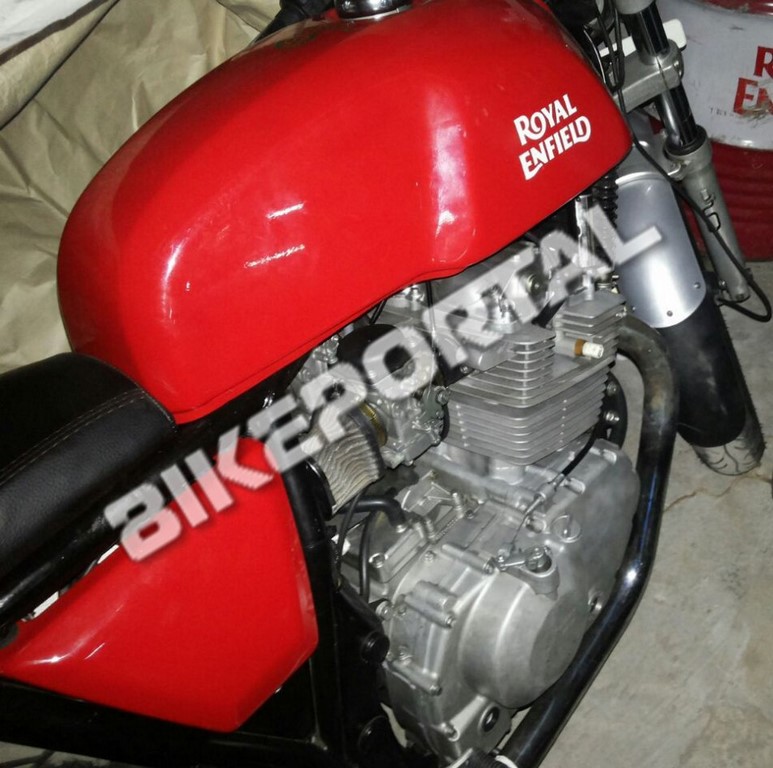 Royal Enfield has been in the game for a long time now and it appears that they are finally working on a twin cylinder mill, which has been in rumours for sometime now. It is not only awaited in India but the world over! We have received a few queries from our international readers about the details and possible launch time frame of the twin cylinder motor, however, we just did not have any info. But only till now! The folks at Bikeportal have caught sight of a continental GT with an interestingly different looking engine! 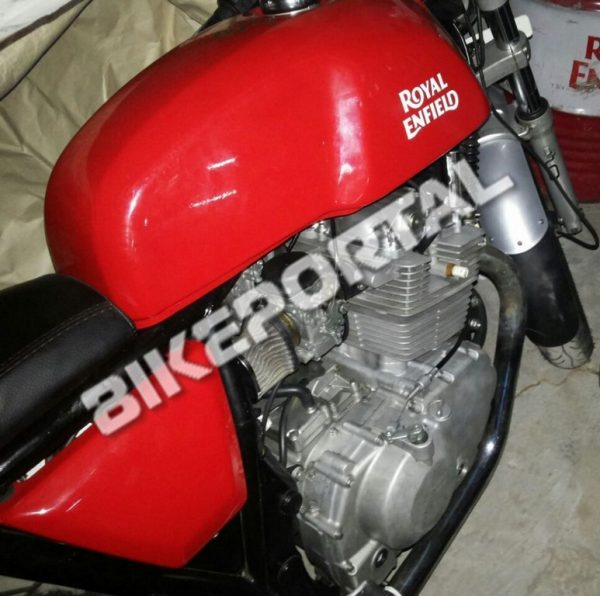 The images show here a twin cylinder bulky motor fitted on the chassis of the compact Continental GT. A few pics of the surroundings also hint at the place to have some Royal Enfield connection. So, in all probability, it definitely appears to be THE engine we were waiting for! The displacement of the motor cannot be confirmed but according to speculations it is expected to be in the vicinity of 700-750cc. The engine is arranged in an in-line configuration fed by two large carburetors (no fuel injection?)! 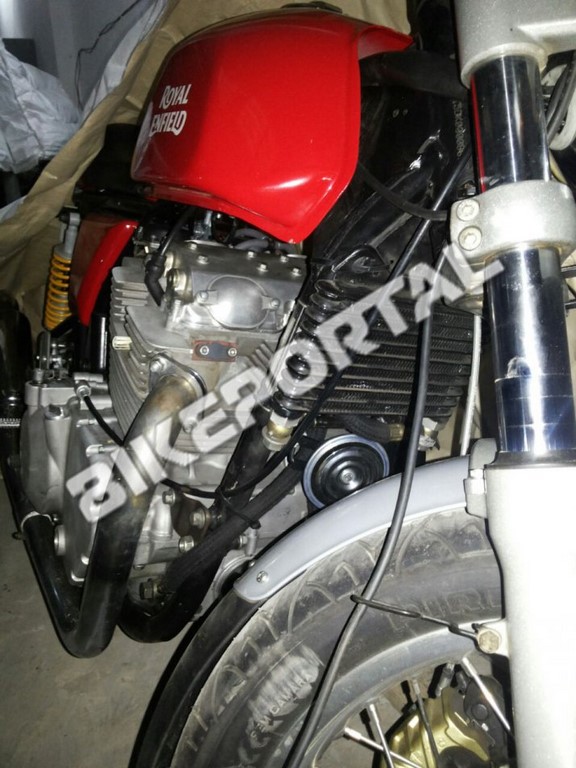 The spy pictures also take our attention to the radiator which indicates that Royal Enfield may finally be moving to the liquid cooling systems, which we believe will enable this big motor to run cooler and offer better overall performance. 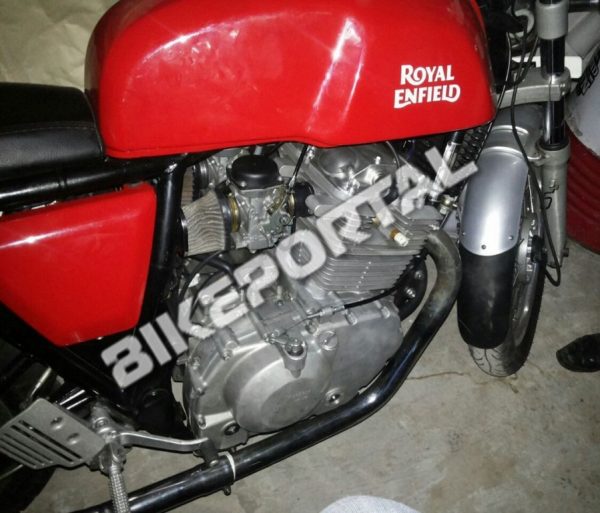 Although we liked the relatively crude nature of the CGT, but the vibrations do take a toll specially when you are in plain commuting mode! We believe, this new two pot engine should end up being the benchmark for the company in terms of overall NVH levels. A sincere request to Royal Enfield – please rubber mount this engine!

As also specified by Bikeportal guys, we are impressed by the compactness of the motor which also means that there will be applications of this engine on a lot of different types of motorcycles! Do we smell a fight with the baby Harley now..a big one..?