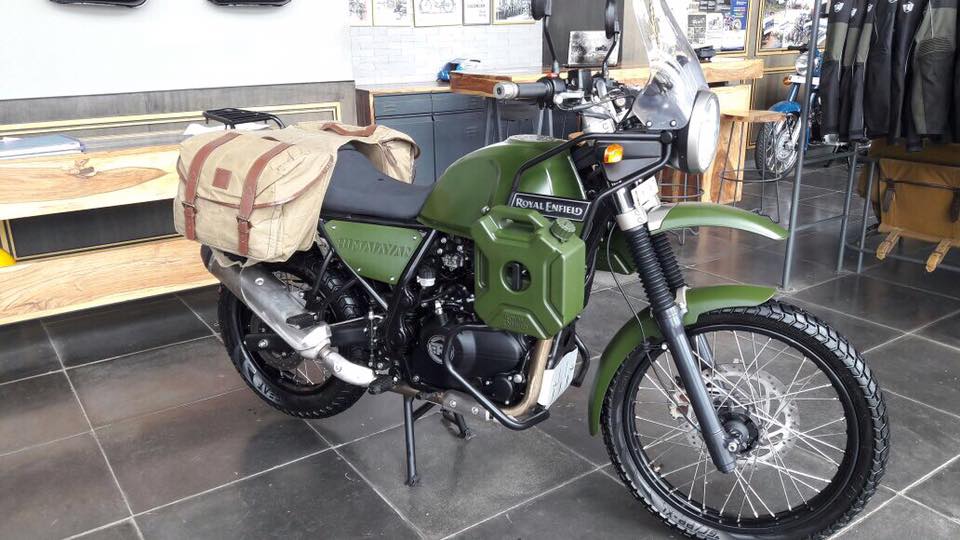 A customised Royal Enfield Himalayan in Olive/Army Green colour was spotted at some dealership in South India by a Facebook member Deena Dayalan. A few publications are telling you that this is the new Himalayan BS4 but from what we can observe this is just the older BS3-compliant Himalayan (notice that carburetor under the tank).

The upcoming Himalayan BS4 will be fuel injected, as officially updated at the company’s website. 2017 Himalayan is definitely expected to be available in new colours but this army green colour may NOT be on offer from the company officially.

This appears to be a dealer-level or local customisation by some owner. The customised Himalayan here gets a new colour (which does NOT look good to us) and accessories like soft-saddlebags, engine crash guard, jerry cans etc.

The Himalayan was Royal Enfield’s first all-new product after a long time and the concept was droolworthy! However, Royal Enfield messed it up completely! Situation is so bad that it is difficult to find a sample which has NOT gone through some or the other issue.

In an SMS sent to potential customers, Royal Enfield has recently informed that Himalayan BS4 will be launched very soon and has also shared its planned delivery timelines (details here). 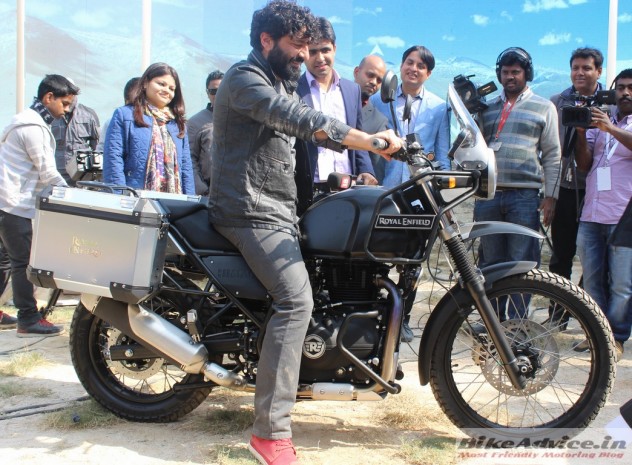 Apart from reworking on the Himalayan (which should be from the scratch), Royal Enfield is busy preparing a new twin cylinder retro classic Bonneville-like motorcycle, latest spy pics of which you can see here.