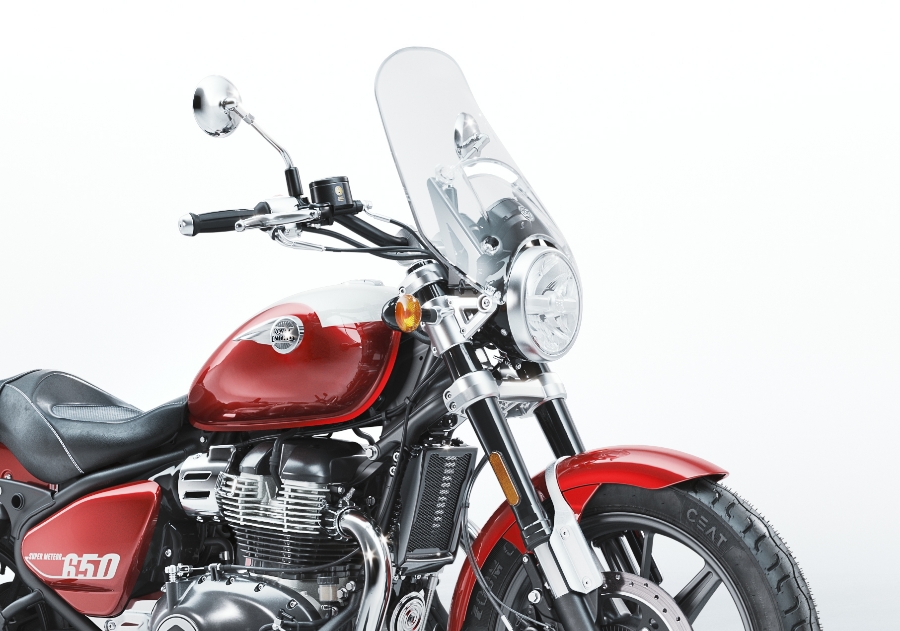 Super Meteor price makes it the costliest Royal Enfield motorcycle to hit the market. It is labelled as an authentic, uncomplicated and easy mid-size cruiser…

Royal Enfield has ventured into the mid-capacity cruiser segment with its new Super Meteor 650 that has now been launched in the market. The elder sibling of Meteor 350 follows the similar philosophy of ‘simple cruising’. It was showcased at EICMA and unveiled at the Rider Mania.

The Super Meteor 650 gets an improved and tweaked version of the 650cc engine platform that has been accepted well on the Interceptor and Continental GT 650, however, it gets an all-new cruiser-spec frame.

Royal Enfield takes ‘heavy’ to a new level and the 650cc cruiser weighs a hefty 241 kilos but a seat height of only 740 mm should make matters easier for the rider.

The motorcycle has also been launched in Europe simultaneously and it is priced from GBP 6799 to 7299 for the three trims. Bookings have also opened across India and Europe and in the process it becomes the flagship motorcycle for Royal Enfield.