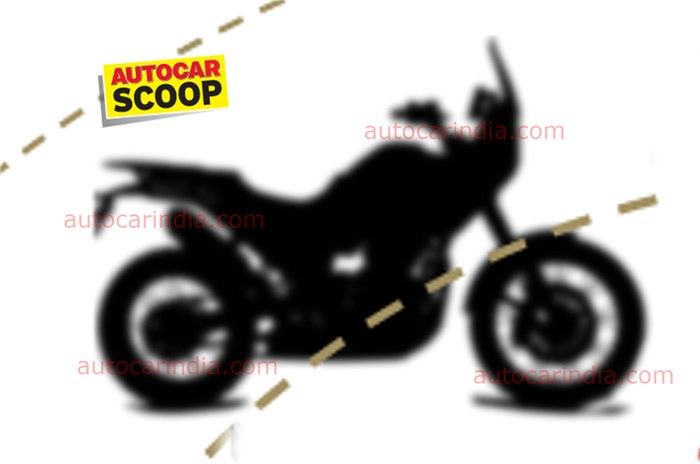 Himalayan 650 pic reveals the possible design brief to the styling team and shares details of what we can expect from the twin-cyl ADV..

So, it was way back in 2017 when Siddharth Lal, head of Royal Enfield confirmed that the company has plans to make a bigger Himalayan. However, apart from a few rumors here and there, there has been nothing concrete thereafter. But, yes it is an obvious expectation that Royal Enfield will, one day, utilize its twin cylinder platform – that spawns the beautiful Interceptor – to make an Adventure motorcycle.

And today we have the first concrete evidence of the Himalayan 650. And not just that – a leaked company document also reveals its design silhouette. The document lists the upcoming Himalayan 650 as a derivative model of the lead model Interceptor 650 (Recently unveiled Super Meteor 650 is also listed as the same).

We can clearly see spoke wheels, a larger front tyre, upswept exhaust, straight visor, humped tank and a fairly long tail. What this document does NOT mention is the timeline that Royal Enfield is targeting. What bugs us further is the fact that many upcoming models have been spotted, including a Scrambler 650 (see pic), but not the Himalayan 650 – on the roads!

But this latest update brings us two things –

We still do not have the confirmation that this upcoming model will continue to use the Himalayan branding or will RE add/alter some prefix/suffix to it, like it did with the Meteor and Super Meteor.

With the spy pic of the all-new single cylinder Himalayan 450 already doing rounds on the internet and now this – details of the new twin cylinder 650 – it will be very interesting to see what happens to the current base model the Himalayan 410!