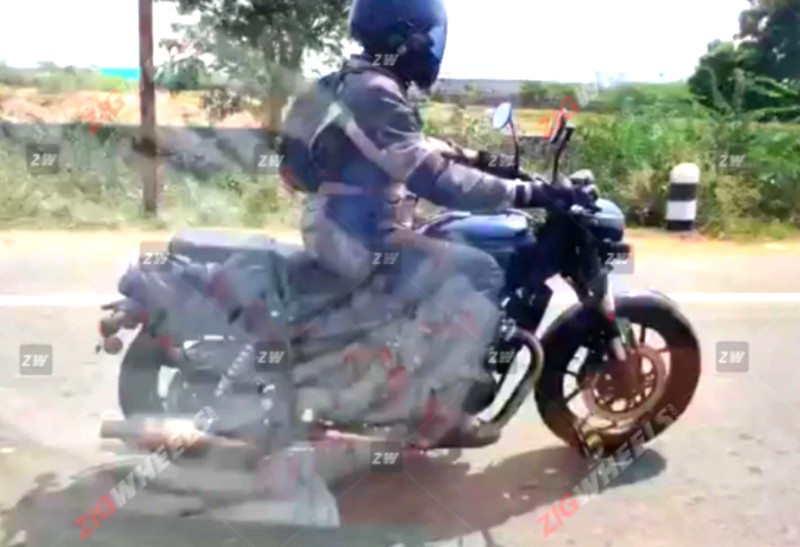 These Royal Enfield Shotgun 650 spy pics come from the Indian soil which which is a first. It will the company’s neo-retro roadster-cruiser motorcycle – and may come soon…

Royal Enfield is on a rampage and has plans to launch truckloads of bikes. While the focus would obviously be our Indian market, but there is a lot of emphasis on the international markets which need more powerful bikes. In this strategy, the Chennai based manufacturer has been readying various products on its most powerful 650 platform that currently spawns the very well accepted Interceptor and Continental GT 650.

One of the 650 would be this – the Shotgun (most probable name based on company’s trademarks). It must be noted that Royal Enfield showcased a very interesting SG650 concept (SG for Shotgun) back at the 2021 EICMA. And after a few international spottings, the Shotgun has been snapped testing on our soil – for the first time.

Interestingly, the test mule looks pretty complete with a lot of production parts suggesting that most of the motorcycle has been finalized by the company and it may graduate to final validation tests in the coming few months. This infers that it could be in the pipeline next – after Hunter 350 that is coming very soon.

Unlike the roadster-styling of the Interceptor, the Shotgun will be a bigger (roadster-cruiser) motorcycle and may also get a bobber like single seat variant. Needless to say that it will use the same 650cc twin with identical power and torque numbers as the Interceptor, however, we expect tuning changes to the adhere to the new application.

Shotgun will be the most futuristic looking motorcycle in the company’s portfolio and may get a funkier color theme to go with the overall design. The other cruiser 650 that is on test is the Super Meteor – that may be slated for a launch at a later date.