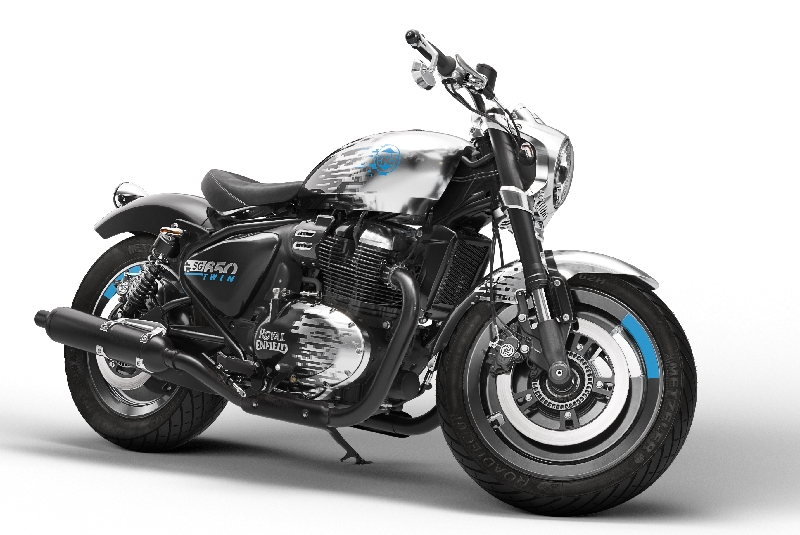 Royal Enfield SG650 is a concept motorcycle unveiled by the company to showcase its design prowess. Will it go to production…?

In its pursuit to be known as a global manufacturer, Royal Enfield has started focusing on international auto events. At the ongoing EICMA, the company officially announced the unveil of a concept motorcycle which is called as SG650.

The company has shared a press note informing about the same and the whole idea behind this exercise is to showcase how the company’s future products may look in these changing times.

The Royal Enfield SG650 Concept is born out of a challenge set by Mark Wells, the Chief of Design to the Industrial Design Team. And that challenge was to develop a motorcycle that could signify transition, look futuristic and at the same time be immediately identifiable as a Royal Enfield.

I think the team has managed to do good on most points. The SG650 looks beautiful for a roadster and it lets us imagine how the future neo-classic motorcycles may look from the brand.

Upftont is the conventional round bulb headlamp masked in a cover. The fuel tank is also very similar. It is the side panels and probably that floating exhaust that signifies ‘modernity’, further accentuated by the new color theme that ‘transitions’ from silver to black as we go towards the back.

The Chennai based maker informs that many parts have been specially fabricated for this concept model. The tank has been CNC billet machined from one solid block of aluminium.

Going by the language used in the press note there is no certainty that Royal Enfield is, indeed, making a production motorcycle out of it. And this seems more of a prowess-showcase exercise. But, we never know…