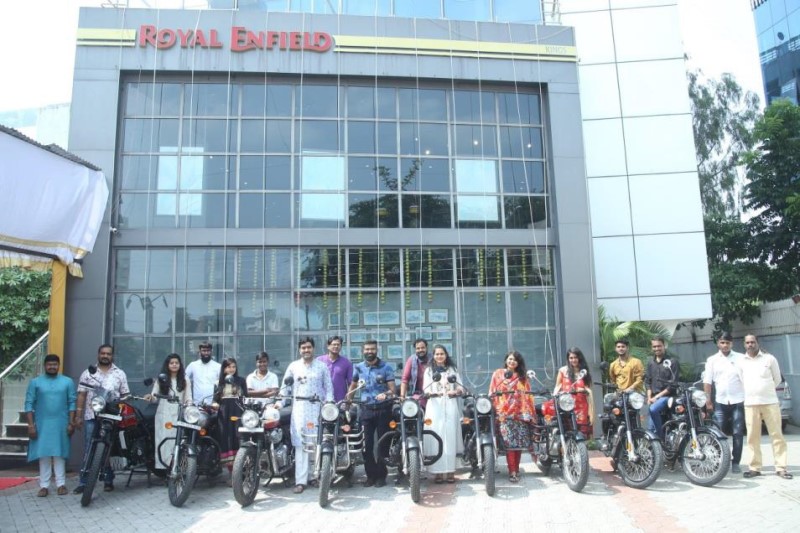 More than 3700 Royal Enfield deliveries took place across Maharashtra in this festive season. RE attributes it to its customer focused strategies…

Royal Enfield is grossing pretty good numbers in the market. It delivered 1000 units of its motorcycles in one single day of Vijay Dashmi in Pune. It has handed over more than 3700 bikes across Maharashtra in this festive period so far from 92 retail stores it has in the state.

The company says that while there was some pent-up demand in the market initially, the recent sales point to an overall business recovery and fresh new demand that has been created. It says it has demand for most of its motorcycles that include the Classic 350, Bullet 350, Himalayan and the 650 Twins.

The Chennai based brand says that it has received all-time high bookings during this period which is an outcome of the customer centric steps that it took like Service on Wheels, various contactless and digital initiatives, etc that eased the buying and servicing process for its buyers.

To capitalize this growth in momentum, Royal Enfield is coming up with Meteor 350 – an all new motorcycle that has been built ground-up on a fresh platform. It will be launched on 6th November and will be the next platform that motorcycles will transition to.