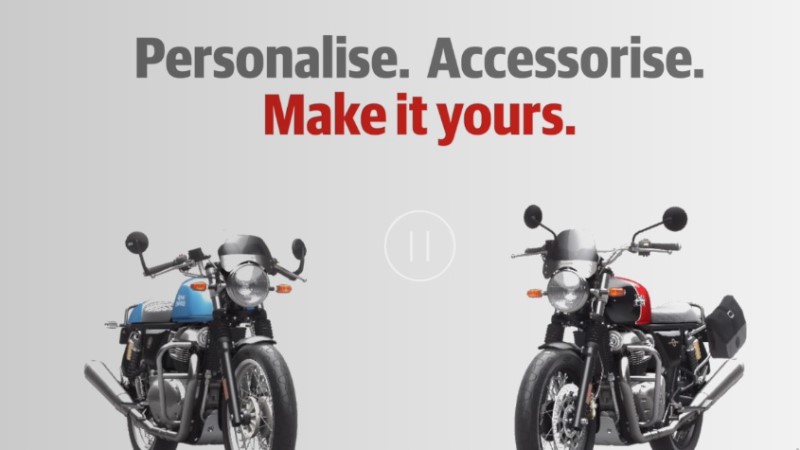 Royal Enfield Motorcycles are probably the most customized bikes in our country. Their old-school and simple design theme makes them ideal for customization, and people love giving their bikes a new, different look.

In order to boost this, the company has gone ahead and launched a unique motorcycle personalization initiative called ‘Make-It-Yours’.

Royal Enfield, which calls itself as the global leader in the mid-size motorcycle segment (250 to 750 cc), announced that you will now be able to ‘personalize and accessorize’ your motorcycle right at the time of purchase to make it yours!

This can be done with an app-based 3D-configurator, using which you can access thousands of possible combinations, including colorways, trims, graphics, and genuine motorcycle accessories. Once you confirm the booking, you will also be shown the delivery timeline of the bike.

The option for personalization is currently available with only two motorcycles, which include the Interceptor INT 650 and Continental GT 650. However, we expect it to be rolled out to the other motorcycles as well. The customers will get a two-year warranty on the factory-tested, genuine motorcycle accessories that come as a part of the Make-It-Yours feature.