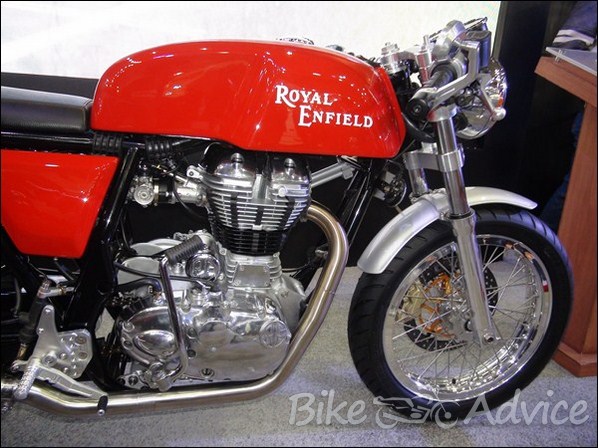 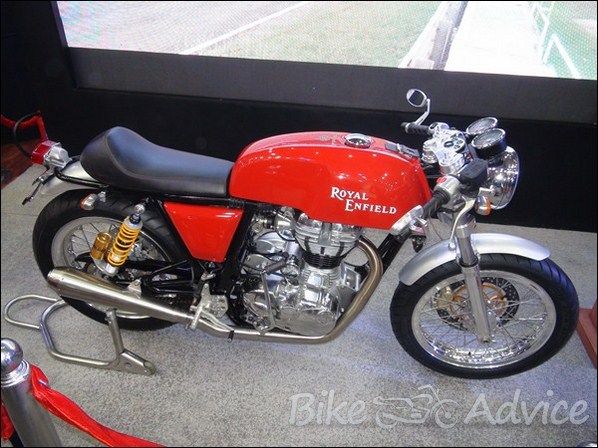 This speculation goes with the earlier reports of Royal Enfield considering launching the Continental GT sometime towards the end of this year in India. The Continental GT 535 is touted to be the fastest ever RE to be produced, and arguably the most watched out for. Garbed in the Café Racer theme of yore, this bike is a class apart from what we have received from RE so far, atleast from the pictures.

We have no idea of how the nuts and bolts will hold up at high speeds. The seat is just sufficient for one person, though one set of spyshots had suggested the presence of a longer seat. Though double-cradle frames are now ancient by technical standards, they are brand-new technology for any Royal Enfield bike.

The Continental GT 535 will feature low clip-ons, and a very long fuel tank. It will be powered by fuel-injected, single-cylinder four stroke, liquid-cooled engine. There were talks of RE providing Continental GT-branded riding gear, though nothing is concrete.

The Continental GT 535 will be the first new product to roll out from the manufacturers recently commenced Oragadam plant. It is expected to give a shot in the arm to Royal Enfield’s brand image, which has muscled on for years without any advent into screen space.

So, have you started saving up?