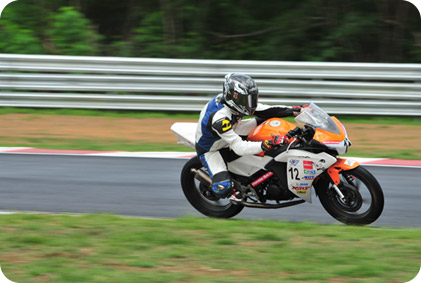 Continuing to support motorsports in India, Honda recently concluded the fifth round of Honda One Make Race 2014. In the five rounds, this year’s championship saw 319 entries and saw a lot of great riders battle it out for a nail biting finish.

The fifth round saw, newcomer Ami Van Poederooijen took a surprise win in the Honda CBR 150 Novice category. Vivian Gladwin David came in 2nd with Shoban Bapu getting his first podium of the year to finish in 3rd place. Naresh Babu was crowned Champion even though he finished in a distant 7th place.

The Final Round of the 2014 MMSC- FMSCI Indian National Motorcycle Racing Championship got off to a great start with Sarath Kumar winning a 4-way tussle in the Honda CBR 250 Open race. Sarath was brilliant in qualifying when he was a second faster than his rivals but the race proved to be a completely different ball game. 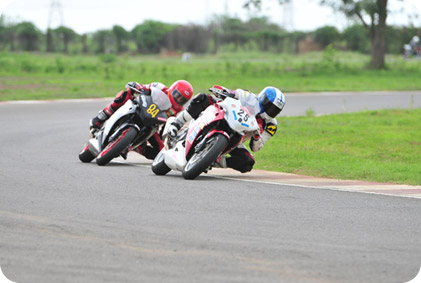 Sarath started on pole position and led from Deepak R and Sumit Lucas Toppo. Lal Rindika also became a part of the action and soon all four riders were battling places throughout the race. In the end Sarath used his experience to cross the finish line in first place, 0.082secs ahead of Deepak. Rindika finished in 3rd place just ahead of Sumit Lucas Toppo with the top 4 being covered by 0.570secs.

Honda has also sponsored three Indian riders, Sumit Loucs Toppo, Sarath Kumar and Prabhu Arunagiri to the Asia Dream Cup. For the first time two Indian riders are among the top 10 till now.