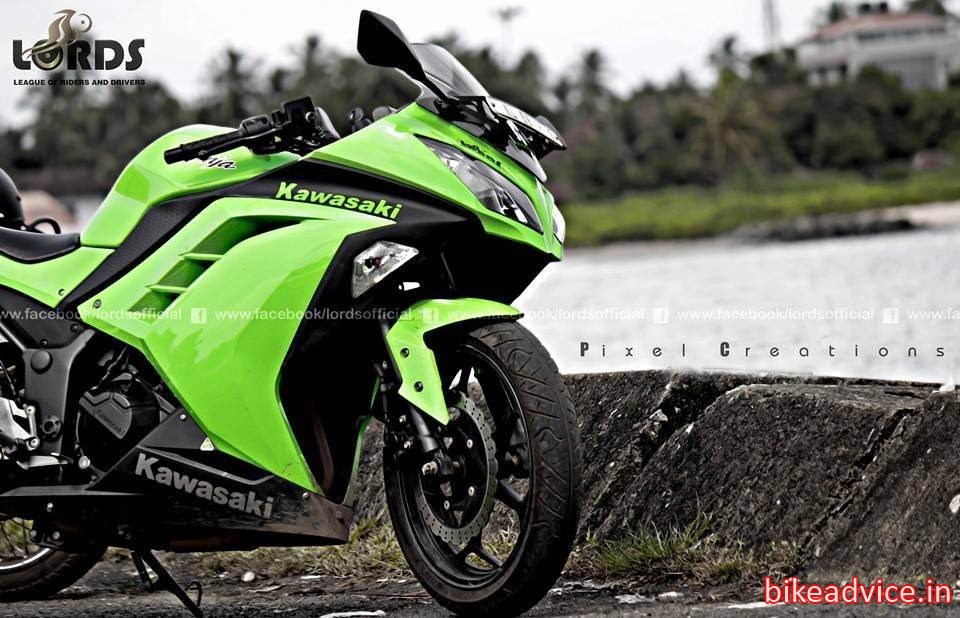 Anwar has submitted this review in our Ownership Review Contest No 13, ensuring himself an assured prize. The contest also offers a chance to win Riding Jacket, Helmet and more.. You can submit your review to us as well. Here are all the details

Its been many years I was in a search of a perfect machine. After the very long search I met the Ninja ,who was ready to perform. And I decided to take it someday. 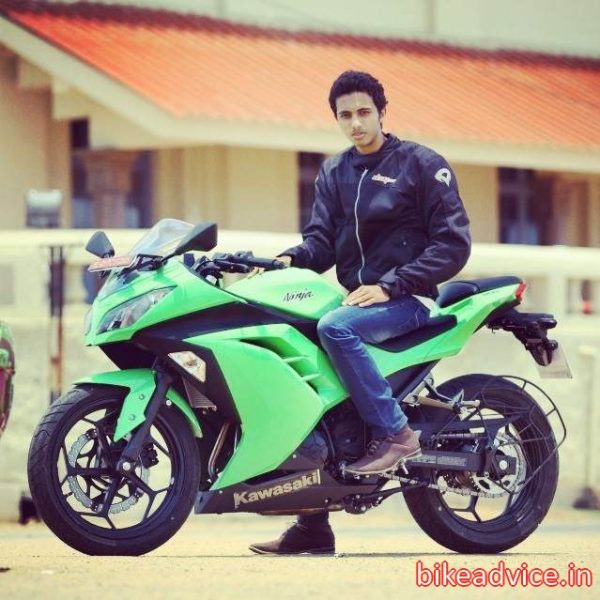 …………..days passed, I discussed about the Ninja with my elder bro. After some days he mailed me the receipt of booking of Ninja 250R in Trivandrum showroom which was 500kms away from my home ,and I was so much excited,it was in Dec.2011 ,and dealer promised to deliver the bike within two months……

While browsing the net I met with the newer colour schemes of 2012 ninja 250r,and liked that candy lime green colour. Called the dealer, enquired about that ,but they were unaware of that model. But we decided to wait for that model……………..days, weeks and months passed, the dealer first said it will launch in march 2012 or in April, decide to wait, but no response ,dealer promised to deliver the bike when it is launch and stated you will be the first customer of it, I waited patiently mailed to Bajaj enquiring the model but nobody knows when it will launch in India called other dealers in different states of India but nobody knows whether this model exists or not. 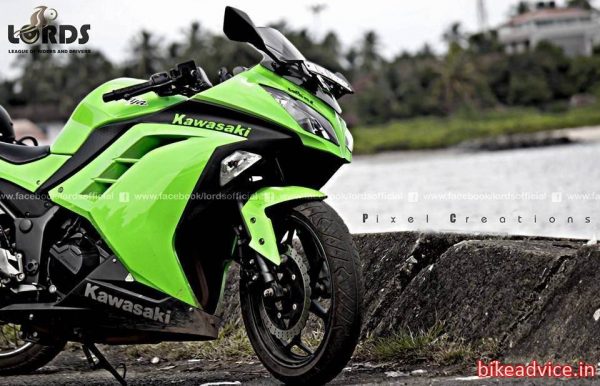 It was testing of my patience, I was in a confusion should I want to go for the existing model?…nah I was not going to sell the bike once I owned (I still rides the Kawasaki eliminator 2002 model which was bought by my brother) so let’s buy the latest because I have already waited about five months…….again days and months passed, called the dealer, they told there is a chance of launching it in august 2012 and then again waiting………..

I almost forget about the bike……it was on august 30th midnight I saw all new 2013 N250 in the Kawasaki japan site and I was really shocked, the next day I called the dealer but they had no info. About it……I thought my wait was really worth now I started waiting for the new model…..after few days there comes the other bomb the 300 for Europe market, it put a smile on me…..but again on confusion which model will launch in India the 250 or the 300…mailed Kawasaki japan enquiring about this but they replied they are just said the 2013 model will launch soon, actually they have no info. 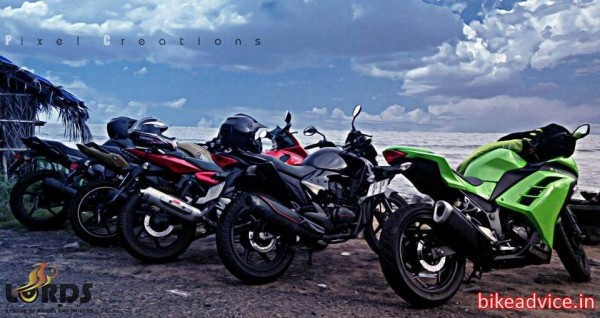 About it, called pune they said they are currently selling the old 250 and donno about the new model……what the hell nobody in the world knows when is new ninja is gonna launch in India, at this time I got a info that the testing of ninja 300 is going on in the bajaj plant,which gave me a relief but still the launch date is unknown…….It really made me mad….a question araised in my mind why only in india we are still not getting new model when in other countries already enjoying the bike……its about one year iam waiting….the 2012 year also ended but still no bike

Many said that you are mad and you not gonna get that bike…..it was in February 2013 got a call from dealer stating that there is a chance of launching the bike in march first,I didn’t believe it…I called the dealer in march and enquired about it, and they said late march,the waiting of ninja was like killing myself,but I have to wait that’s it. 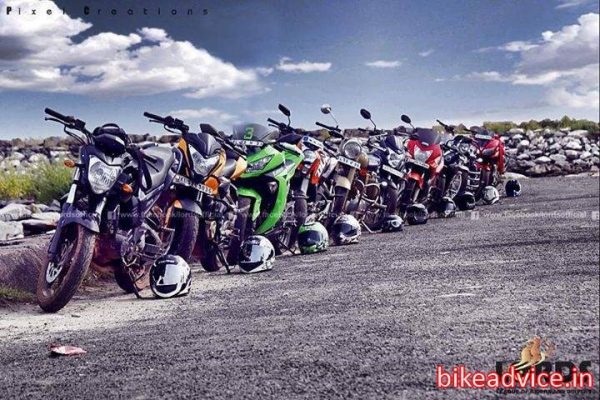 I was excited and was simply smiling as I was mad….after the official launch on april 10th afternoon,at that night I travelled to the showroom since the showroom was 500kms awy from home 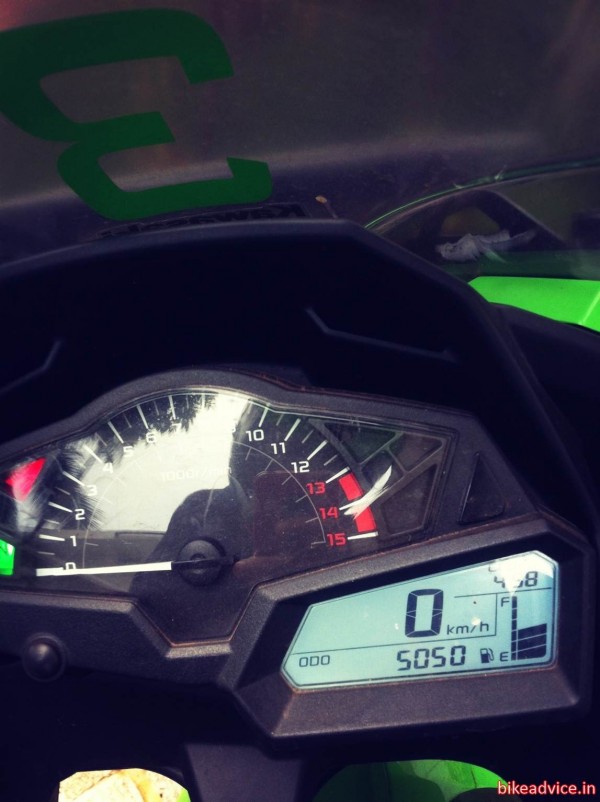 The next day I reached Trivandrum showroom huh there it is the 300, the first time I am seeing bike in naked eyes I fell in love with it………and what !!! I took it to home

The first ride was to Shangumugam Beach in Trivandrum, from the dealer. In the first ride itself I loved the Ninja 300 and its ergonomics and low saddle height. The bike got everyone’s attention by its looks and the Ninja green color. But the most annoying part was that everyone wanted my bike’s headlamp (DRL) to be off. Unfortunately, on the way, the police stopped me as the headlights were on. I wasted some time explaining about the motorcycle to them. Some asked me if it was the new R15 and others wanted to know its mileage. Few inquired about the price.after enquiry a free advice; why cant you buy a car? 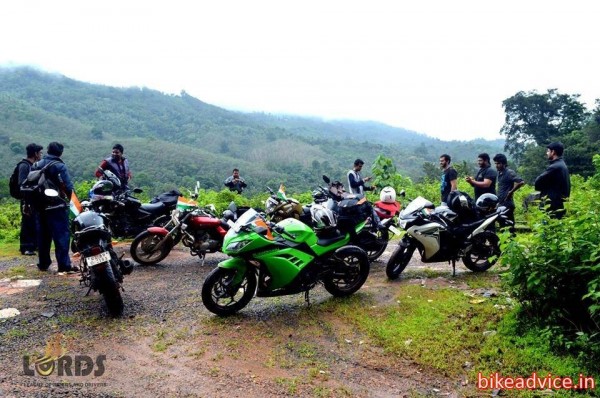 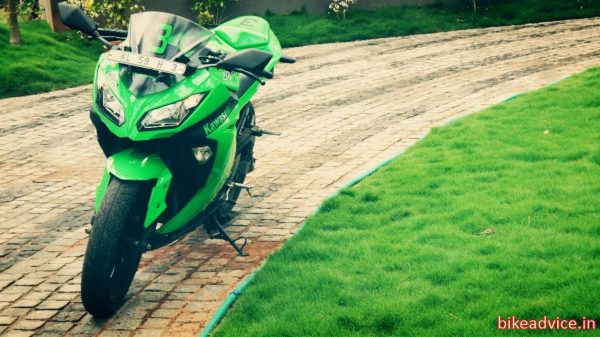 I got the first service done at Mangalore after completing 1000 kms. There are no free services for the Ninja 300. The charges are as follows –

I wished to fill Shell engine oil but sadly it was not available there. After the first service, the bike felt much smoother. 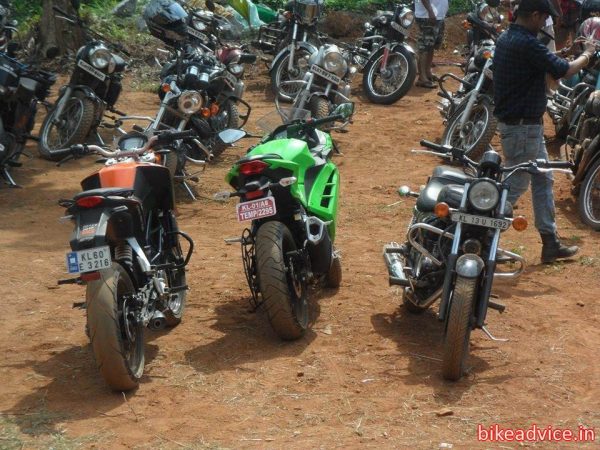 There are a lot of improvements in the ergonomics compared to the old 250. The higher handle-bars makes it more comfortable. The seat is narrower, which makes the Ninja 300 more accommodating for short riders. The riding posture is somewhere between sports and tourer.The IRC rubber provides good grip and wider 140 mm rear tyre makes the handling better. The acceleration is very impressive. It takes less than 7 seconds to do the 0 to 100 km/hr sprintand capable of hitting 190 km/hr. To stop the show, the motorcycle is equipped with 290 mm front disc brake and 220 mm unit at the rear, both combined to provide strong stopping power. 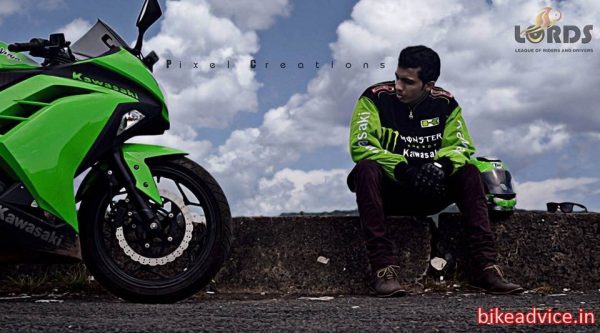 The Kawasaki Ninja 300 feels normal below 6000 RPM,so that this machine is so practical for everyday use and provides enough torque, once you twist the throttle above 6000 RPM, the bike is a screamer and can be redlined with less effort. The Ninja is characterised by its high revving nature. The engine is refined and vibration free but I felt little vibration at 4000 RPM with a pillion. The gear shifts are smooth and it’s more torquier now making less gear shifts which makes riding more comfortable

The Ninja 300 is very comfortable on highways ,during long rides am pretty impressed with it.and riding in the city is not a headache. The generated heat is deflected away from the rider and it’s a great feature for our traffic conditions,where it was not in the case of older 250.When taking the pillion comfort into picture, the pillion needs to lean somewhat. It’s not a problem on the highways but in normal roads the rear shocks seems uncomfortable with a pillion. The integrated pillion grab rails don’t pop out but do the job. 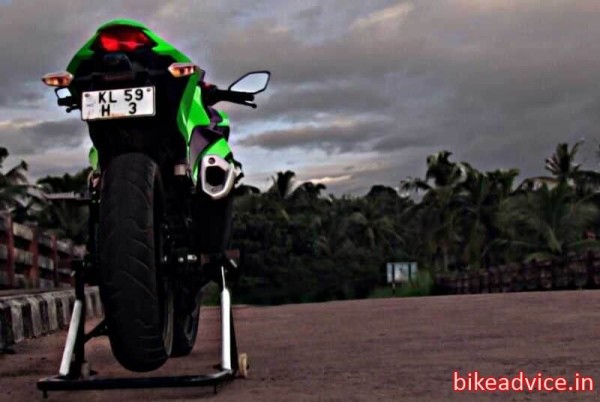 The Ninja 300 is provided with slipper clutch which helps in sudden downshifting. This gives the rider ample confidence to make quick downshifts without having to worry about loss of traction at the rear wheel.

As you all know, it’s not built for higher fuel efficiency, but it gives more mileage than the old 250R. I have got an overall 27km/l and it’s a good digit for a sports bike. 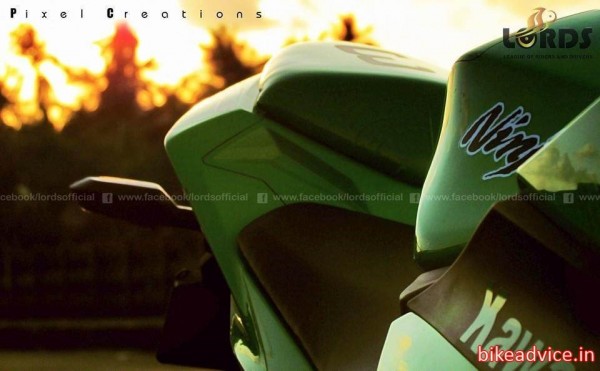 I have ridden this bike for over 5000kms now. I have taken the bike on highways, small town roads and some off-roads too. The Ninja 300 feels awesome and I can say that it is one of the best looking motorcycles in the world. 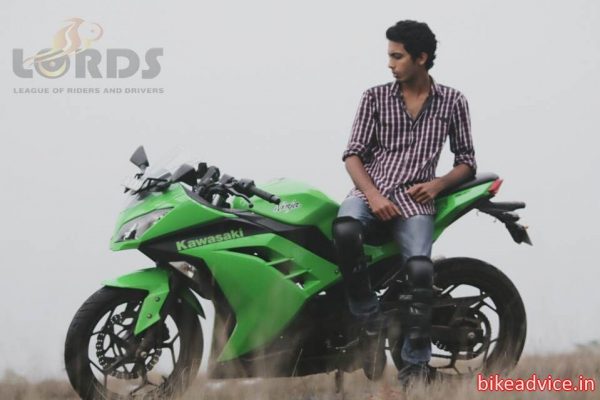 The Kawasaki Ninja 300 is not merely a big bore 250, but an entirely new bike. The Ninja 300 stays ahead in all manners and it’s the bike for an enthusiastic rider. The only thing that makes a rider turn away is its price tag. At Rs. 3.9 lakhs, it’s surely is not the most affordable bike around. But if you are looking for a motorcycle that doesn’t compromise on the pure riding pleasure and performance, nothing comes close to this one.

Check out all Bike Ownership Reviews at BikeAdvice