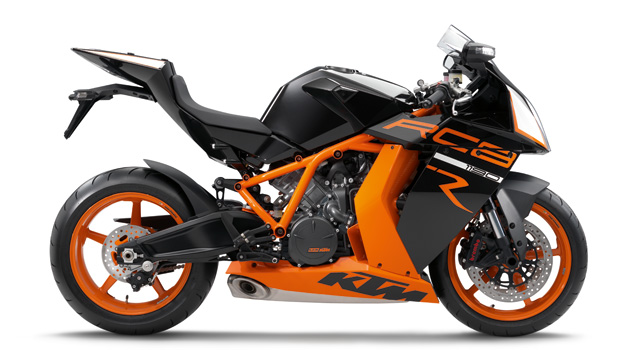 Bajaj Auto which owns more than 47 % in KTM Power Sports AG of Austria is readying itself for launching higher displacement motorcycles from KTM base in India. Bajaj Auto will flood supersports segment with a variety of KTM motorcycles which goes up to 1200cc. Some of these motorcycles are truly remarkable and known worldwide.

K Srinivas, President, Motorcycle, Bajaj Auto said “We introduced our first product Duke 200 from KTM stable four months back. The response has been very well. We are selling about 1000 units a month. We want to exploit this supersports segment with multiple products from KTM stable. The KTM products are built on same line of Chakan unit as the Pulsar. The existing products are being exported to Japan and Eurpore. KTM has its own network in Europe and US. KTM is the second largest selling brand in Europe after BMW. We have to just send it to them as CKD (Completely Knocked Down).”  He also added that the company has a definite plan to create its space in Indian supersports segment, however he did not share those details.

Bajaj Auto currently produces KTM Duke 200 and Duke 125cc at the Chakan plant. The company is also planning to produce more KTM variants at the Chakan Plant.  Bajaj Auto’s this step will definitely boost volumes of supersports segment which is growing around 40% growth rate in India. This is a very small portion of total two wheeler sales in India, however as the market in Europe and US has saturated for supersports motorcycle manufacturers, emerging countries are the best place to look for future growth.