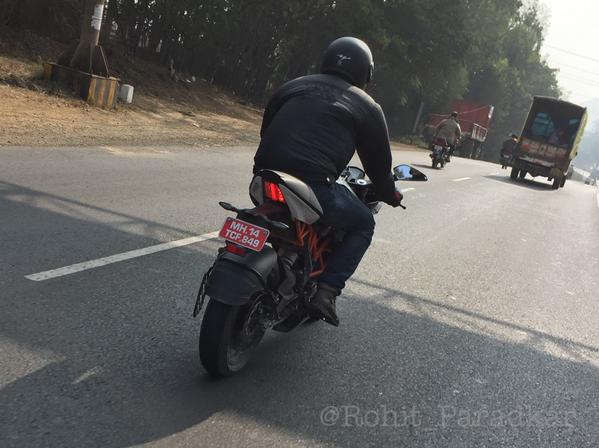 KTM’s current motorcycles, specially the Duke 390 and RC390 are launched at fantastic price points which redefine affordable performance in India. If you are unaware, prices of these motorcycles are the lowest here.

However, local sourcing of parts have also resulted in owners reporting some niggling issues which KTM is already reportedly working on. A clear sample of this is the latest spotting of this test mule by Rohit Paradkar, which looks like the RC390.

This RC390 test mule is running with a cover for the monoshock piston which is not present on the RC200 and RC390 on sale currently, but is available on the naked Duke siblings.

Apart from this, it is expected that KTM may plonk better quality alloy wheels and new gearshift levers. There may be a few minor additional features as well. 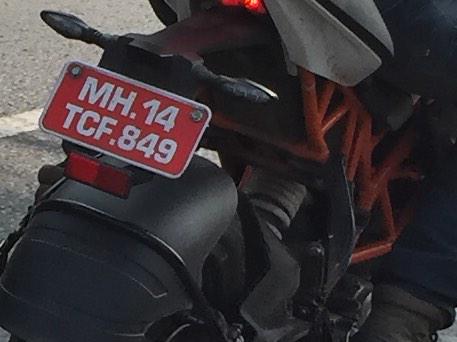 KTM has already started testing the 2015 Duke 200/Duke 390 in international markets which carry new exhaust pipes, rear subframe among other changes. Similar changes are expected to be seen on the faired RC twins but that, we believe, is a matter for 2016.

For this year, KTM may launch the RC390 and RC200 with the minor updates/quality betterments we are talking about sometime towards the second half.

Related: RC390 Prices Increased by 8000; New Prices of all KTM Bikes Inside