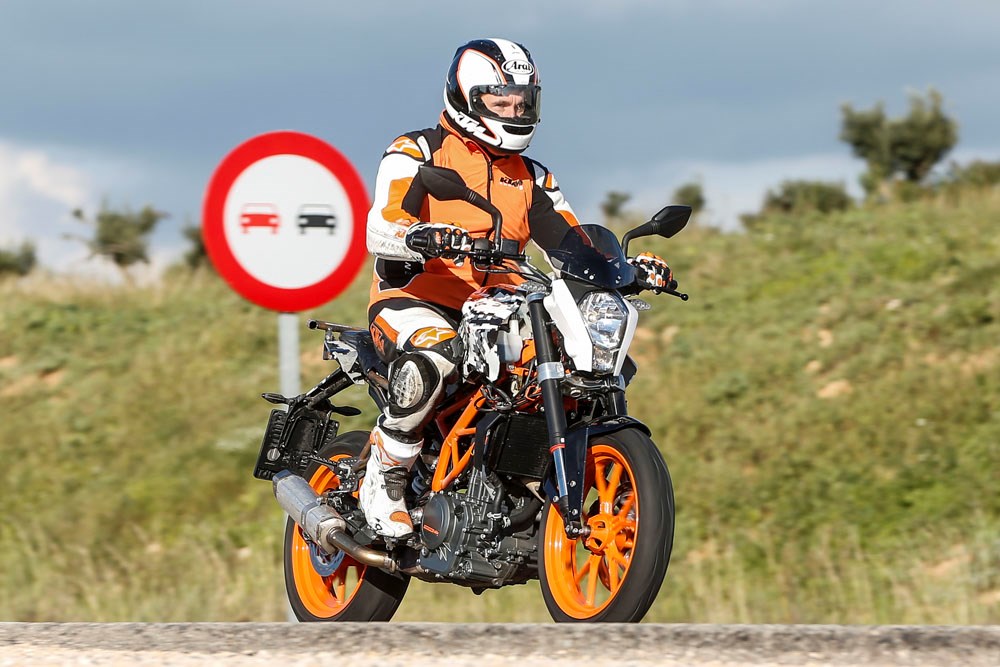 It seems that KTM is one company that would never rest on its laurels. First, the company launched the fabulous Duke 200 and gave nightmares to bikes not only in that segment but also to those from a segment above. Then came the knockout punch in the form of the superlative Duke 390, and as if the game was still not over, the Dukes’ faired siblings were launched this year. 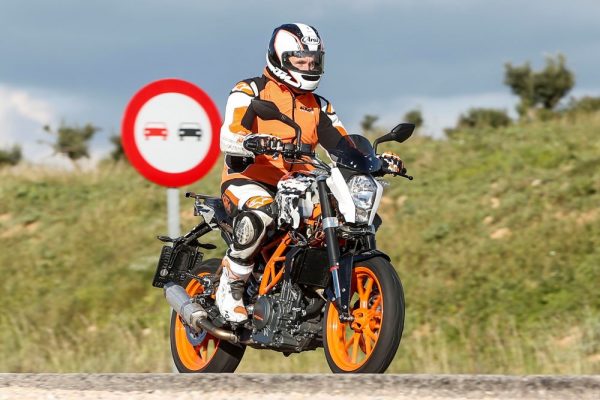 So what’s next? The 690? Well, while KTM may surprise us next year by launching it, this snippet is not about an Austrian that is any bigger than the 390s in India. This one is about the spy shots of what seems to be the first major update to the Dukes. MCN has posted two pictures of partially camouflaged KTM Dukes and the bikes appear to be the 125/200 and the 390. Now the pictures don’t tell if there are any changes made to the engines, but the new side-mounted exhaust on what possibly is the 390 means that there could be! Or it just could be to adhere to the ever-tightening European exhaust and/or noise emissions. 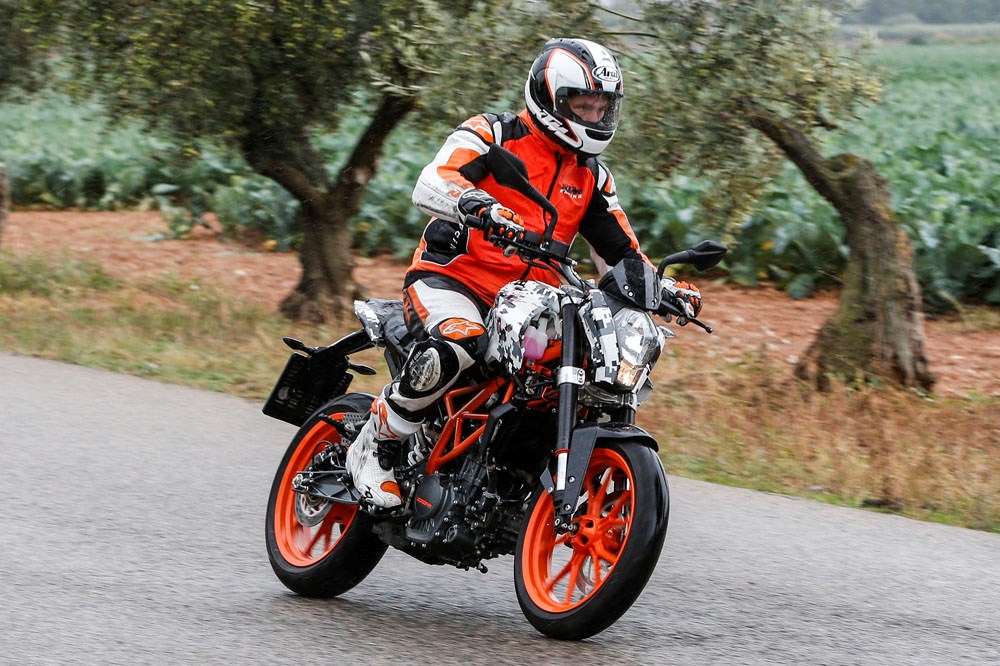 Other than that, it’s the rear subframe that’s under development and the chaps at MCN say that it could be done to make the bikes more crash-resistant for newbies or just simply for prototyping. Of course, you would have also noticed the new registration plate holder, while the position of the rear indicators has also been revised too. I just wanted to add here that if you thought the required size of the number plates in India is an eyesore, just check out the ones in the UK – you’ll feel a lot better.

Anyway, KTM is tight-lipped on it but we really don’t mind that. Because unlike most others, this is one company that has given the bike enthusiasts in India more than they could have asked for, and we also know that its products (at least the current ones), once revised or upgraded, will have the best (if not the first) chances of launching in India…