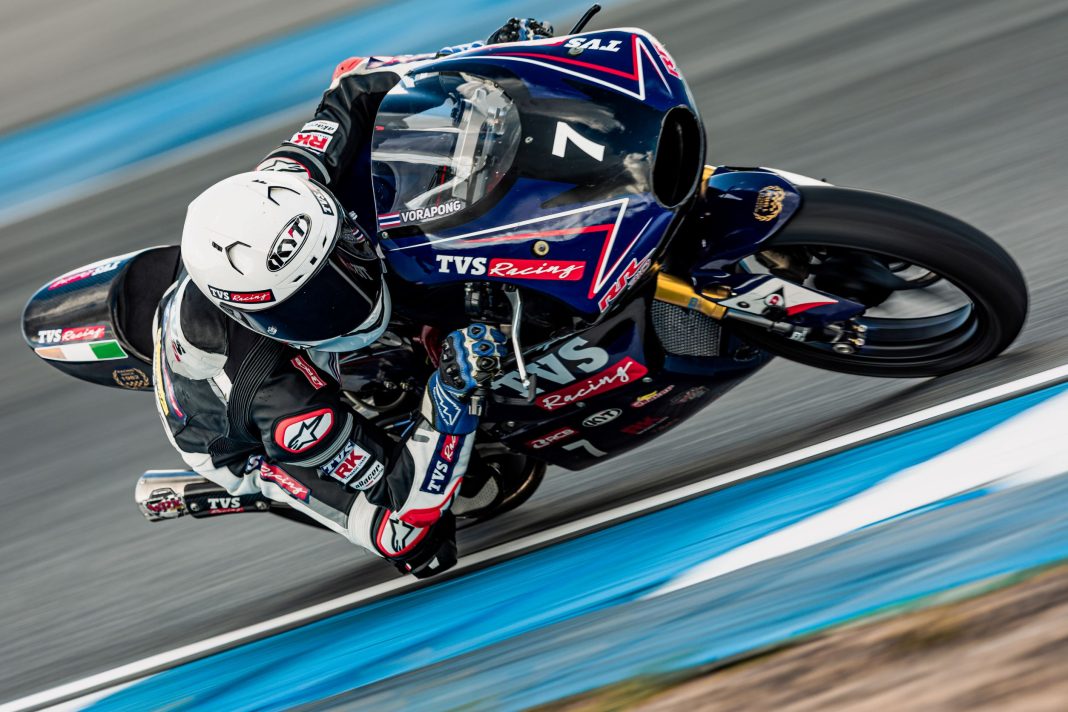 TVS Racing has just concluded its first edition of Asia One Make Championship in Thailand. In the process, it became the first Indian maker to conduct such an activity at a global level.

TVS raced on the race-spec version of the road-going Apache RR 310 which TVS referred to as Asia OMC RR 310. And the motorcycle could achieve a top speed of whopping 211.2 kph which is its highest ever. TVS informs that it made extensive changes to the engine that resulted in this remarkable feat.

Apart from the engine mods, TVS also carried out improvements to the suspension and engine braking of the motorcycle. This also allowed TVS Racing to set-up its best-ever lap time of 1:50:850 at the Chang International Circuit, Thailand where this racing event took place.

Vorapong Malahuan was the winner of the race with Watcharin Tubtimon and Decky Tiarno Aldy sharing the podium. Vimal Sumbly, Head of Premium Business at TVS Motor, was ecstatic at the team’s performance and congratulated them for this accomplishment.

With such extensive exposure, TVS is ensuring that it learns a lot and the best thing for us is that – all of these learnings go to the road going machines – like the Apache RR 310 and others.