As we had mentioned in a write up before a few days, the R15 One Make Championship begun on 4th of this month and concluded amidst roaring excitement at the Madras Motor Race Track, Chennai. The racing event is part of the Indian National Racing Championship 2011 being organized by the Madras Motor Sports Club and the Federation of Motor Sports Clubs of India (FMSCI). 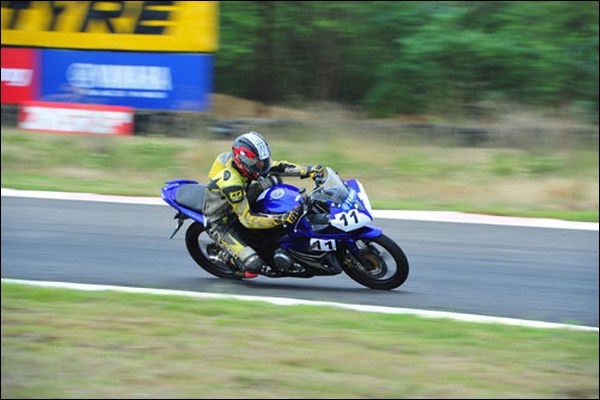 The best part of this race is that both Yamaha as well as non-Yamaha users were allowed to take part in the championship. The entire race was split up into two category – Novice and the Expert category. The First Round witnessed a great deal of enthusiasm from the contestants in both these categories.

In the Novice Category, a total of sixty riders took part out of which only seventeen could qualify to participate in the race. In Race 1, Mr. Madhan from Trichy emerged as the winner while Mr. J Allwyn Jebaz from Chennai took the second position followed by Mr. Arjun E.B from Kerela who came third. Race 2 again witnessed Mr. Madhan at first position followed by Mr. J Allwyn Jebaz at second position. Mr. Arun J Pillai from Chennai claimed the third position. 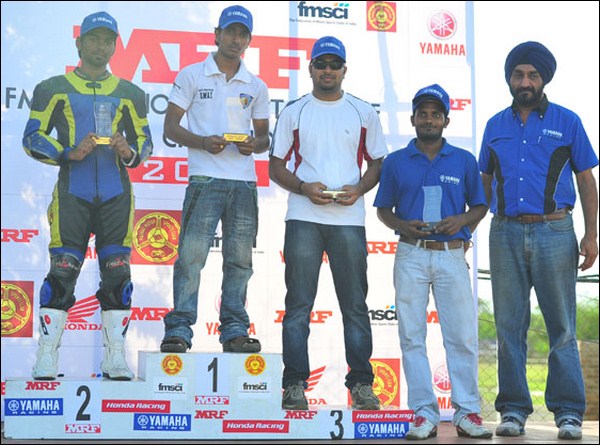 In the open category or the expert category, there were twenty riders out of which fifteen could qualify to participate in the race. Mr. Shyam Shankar from Chennai assumed first position whereas Mr. Naveen Raj and Mr. Arun J Pillai, both from Chennai took the second and third positions respectively. Mr. Shyam Shankar and Mr. Naveen Raj repeated their feat in Race 2 while Mr. Saravanadas M from Coimbatore came third.

The contestants hit the track on Yamaha’s Super Sports YZF-R15 and experienced the breathtaking acceleration and the power of these bikes. Solving the purpose, YZF-R15 provided complete racing experience to the biking enthusiasts and hands on feel of its power, stability, cornering and braking. The best part about this race is that these R15s were fitted with Daytona Racing Kits. These kits are developed using valuable experience gained from MotoGP & World Superbike racing and are designed exclusively for racing purpose in a closed circuit. 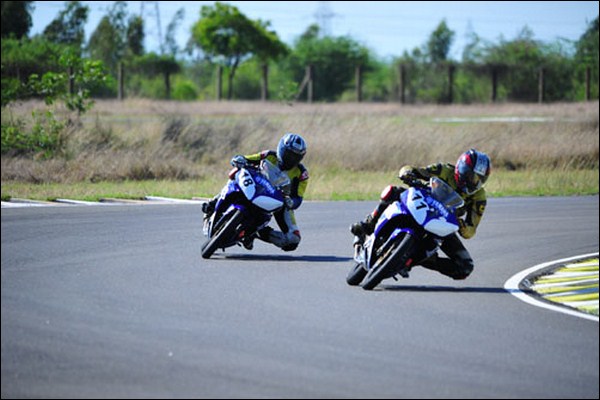 Mr. Jun Nakata, Director-Sales and Marketing, India Yamaha Motor said about this championship, “We are happy to see such level of participation and response from the audience. Events like these give us a very good opportunity to connect with our customers. Motor Sports has always been an integral part of Yamaha and through the R15 One Make Race, we take forward our global legacy of being a brand that is refining the motorcycling culture in India and providing Indian biking enthusiasts a platform to showcase their riding talents.”

Yamaha’s corporate culture has always given special importance to bike racing in India as a way of expressing the ‘spirit of challenge’ that it values so highly. Apart from the R15 One Make Race Championship, Yamaha also organized the Yamaha Riding Clinic earlier this year to give racing tips to biking enthusiasts. With these events, Yamaha aims to take the racing culture and spirit in India to the next level and plans to continue this championship as a valuable step for carrying forward the racing legacy in the country.

I am personally planning to prepare myself to participate in this most reputed championship next year. Let me check out my luck next time, though it’s a matter of talent and not luck.