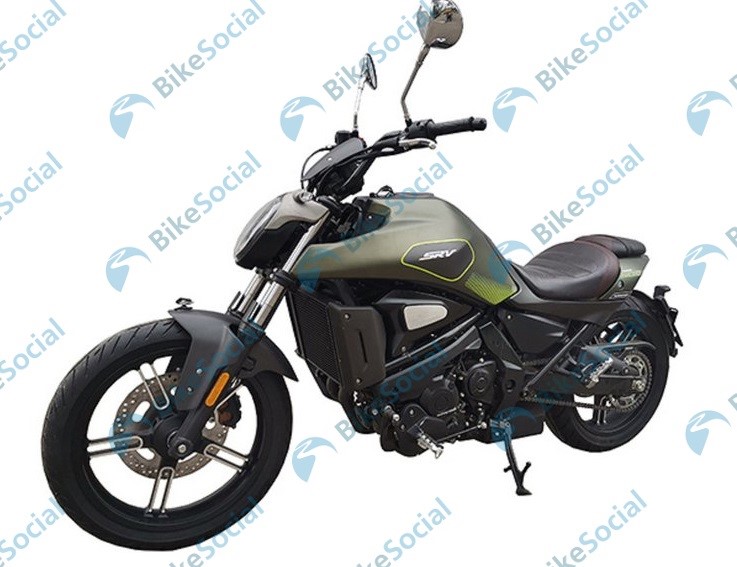 The latest spotting is of QJMotor SRV500, which could be based on the Benelli 502C sports cruiser. We discuss the similarities and differences…

Benelli’s parent company – Qianjiang Group, is working in full swing on its other newly introduced brand – QJMotor. The brand currently offers only one motorcycle as of now but has many in the pipeline waiting to be launched.

In the latest, spy pics of another new motorcycle have surfaced. What you see here is the QJMotor SRV500. According to the report, despite clarification from the company that it is an independent project unrelated to Benelli, the motorcycle looks similar to the updated Benelli 502C, which in turn, shares design inspirations from the Ducati Diavel.

The SRV500 is expected to share its engine with the Benelli 502C, which is a 500 cc parallel-twin motor capable of producing a peak power of 47 hp. The motorcycle features a new frame, and it looks less sporty than the 502C in terms of geometry.

The bike will feature an 18-inch front wheel and a 17-inch rear wheel. Other than that, it gets conventional telescopic forks at the front, against the USD units featured on the Benelli sibling. It also gets a single disc at the front, unlike the Benelli 502C (which gets twin discs). All these changes make the bike weigh 20 kg less at 198 kg as compared to the Benelli. We expect the bike to be launched soon in the coming months. As for the 502C, it is also rumored to come to India but “when?” is not known!