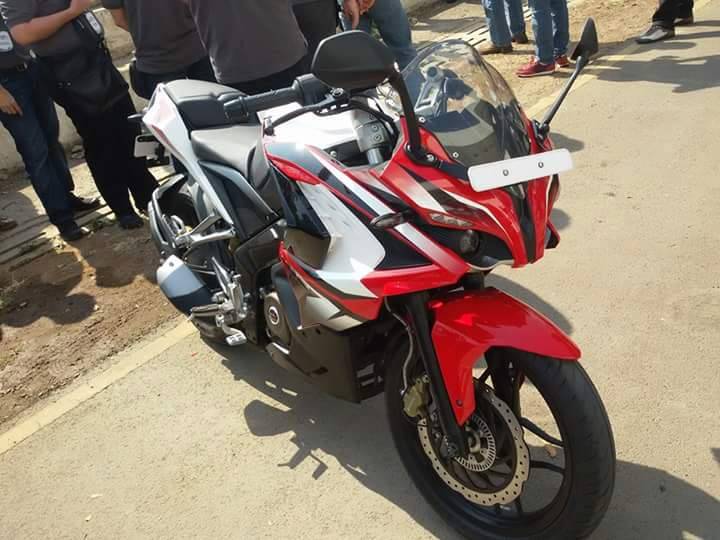 Along with Pulsar 400CS and new Pulsar 200 AS ‘Adventure Sports’, the pic set also includes many snaps of a red/white dual color Pulsar 200SS but interestingly with ABS. 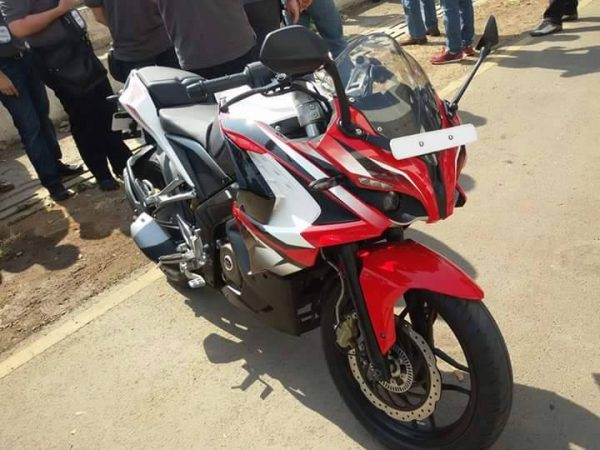 This is the second time the ABS ring has been snapped on the Pulsar 200SS, confirming that Bajaj will be manufacturing it. Now, it depends on the company what markets will it chose to offer it as standard and where to keep it as a higher optional offering.

Apart from a combination of Yellow/white and blue/white, this is the third color red/white we have seen and it possibly looks the best of the lot. We believe there will an all-black model on offer as well like the current Pulsar 200NS. 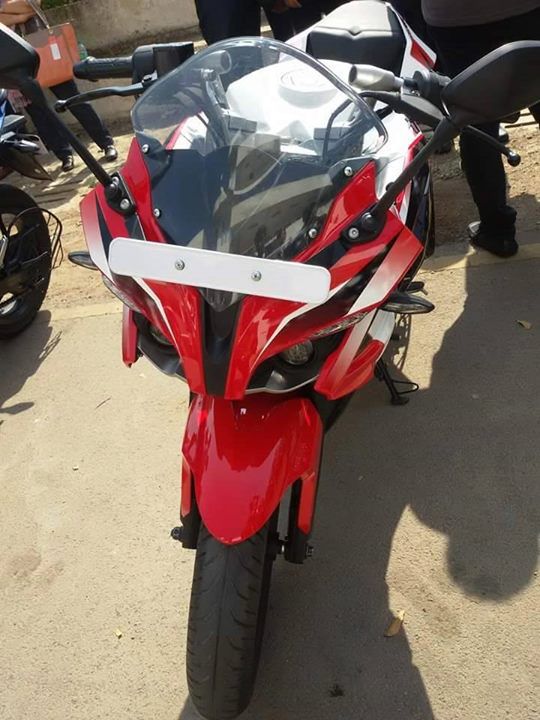 According to the information we have, Pulsar 200SS comes with a fuel injected motor and a minor increment in power from the Pulsar 200NS. It will be Bajaj’s first ever fully-faired bike in the world and sees the return of projector headlamps upfront.