I bought Intrepido on 22nd July 2009, after a lot of initial research in the 150cc and then 180cc segments. As I grew up, the CBZ used to be the ultimate bike we’d dream of owning one day. But the new CBZ Extreme did not fit my bill. Pulsar 150 was ok, but Apache was too small for me (I’m 6’2”!), beside I don’t like the look of Apache (strictly personal).

I was reluctantly edging towards the Pulsar 150, which seemed to be the all round performer. It was the Pulsar 200 which had actually caught my eyes, I found it to be really attractive. But it was beyond my budget. Then while surfing the internet, I saw the first picture of the 180cc UG4. I was stunned; the split seats and the fatter rear tyre caught my eye. This had to be it. 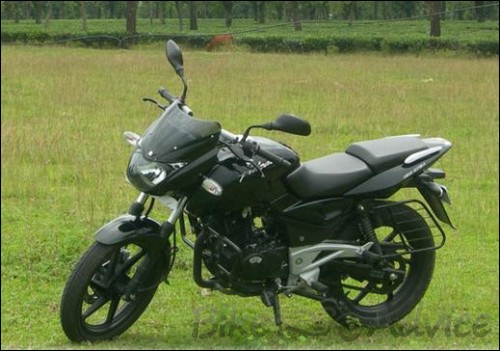 There was still a lot of research to do. People said that Apache 180 would be better; Pulsars had a lot of problems and so on. It was the complete review by probably Saad Khan, in Bikeadvice, which finally made up my mind.

So after almost 40 long days of waiting (trust me, everything bad you hear about bajaj customer care is true! Also, I wanted the colour Blue, but I got Black!), I finally got my bike. I had decided to call him Intrepido, which is Spanish for fearless.

LOOKS: First impression you get of this bike is, it’s HUGE!! None of the pictures actually tell how big this monster really is. Everywhere I parked this beast, people keep staring, and it feels wonderful. I think this is one of the best looking bikes in India, but then, I have my reasons to be partial! 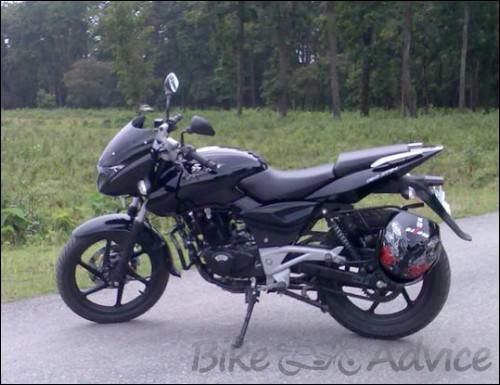 The splits seats and the fatter rear tyres are a treat to the eyes and the metallic engraved pulsar logo (changed from the previous stickers!) add to the looks. The split handle bars give the bike a majestic feeling and when in park this beauty in midst of other bikes, they go up in smokes! Of course R15 is a better looking bike, but too costly for its goodies.

PERFORMANCE: Performance is good too. The engine sound is nice and smooth and refined. It can pull up from 28kmph in 5th gear without any complains. The gearbox is better than previous pulsars I have heard, but I feel one should always ride it with shoes on, shifting gears is tough if you are wearing a sandle or slippers, as it is a toe only shifter! All the same, I have found gear changing very smooth.

I am not a racer, I do not engage in road rage, but I wanted a bike, which could hit 3 figures easily and be stable, in case of any emergencies! Intrepido doesn’t disappoint. I am not that good a rider yet, this is my first bike, but the stability at 100+ speeds is amazing. I don’t have much experience of riding at such high speeds, but it was never a problem! Fatter rear tyre do their job in gripping the road and even though a lot is said about the fact that the bike is pretty heavy (149 kgs maybe), it actually helps when you are riding at high speeds. The bike easily stays grounded. The acceleration is amazing, and on highways overtaking other bikes is like a piece of cake!

There is also a talk about the drop in torque, but it really is hardly noticeable, Intrepido pulled 3 of us without any complains and I even hit upto 90 on a clear road after which there was a bend, but I felt there was more to come. To be extra careful, I never crossed 60kmph during the first 1000 kms. 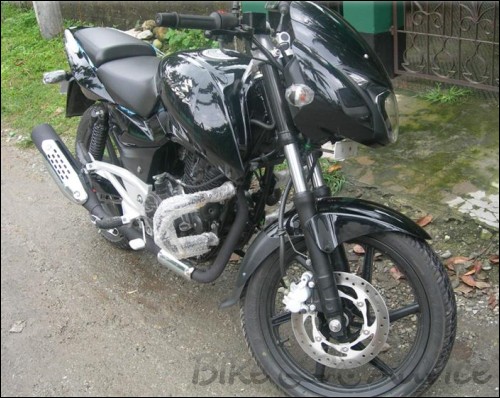 HANDLING: The handling is very good, thanks to the split handle bars. Suspension is great, with Intrepido literally licking up the potholes! With the fatter rear tyres supporting banking, turning is a treat and you always look forward to the next turn. Breaking is disgusting though, especially the rear drum brake! I fully rely on the front disc and it’s very sharp and precise. All in all, the fatter rear tyre makes this ride a pleasure.

MILEAGE: Mileage cannot be an issue when you decide on greater than 100 ccs. It is not an issue for me either. But I have two bonus points here. My intrepido is giving me 55+ km per litre, as I mostly use him for long drives from Bhutan, where I work, to my home (250kms up and down approx!). Also the petrol in Bhutan is cheaper (40bucks per litre!). So even though I do not worry about how much Intrepido drinks, I’m all smiles!! I read a blog in Bikeadvice regarding how to increase your bike’s mileage, like using the choke when starting first time in the morning, slow gradual acceleration, constant speed… I generally ride him constantly at 80-90 or 50-60 depending on the road conditions.

CONS: One major problem in this bike is that, even though there is a saree guard, there is no place for women to rest their foot. Also the split grab rails at the end are more of a style than any use. One can hardly grab them! So in the end unless your pillon rider is ready to hug you all the while, there will be complains! Also, the bike will feel heavy for the first few days, but you will get used to it.

Another major issue when I decided to get this bike was that there was no kick start. This was a worry, but then I read that the battery was the same that was used in the 220, and its performance was good. Till date I never had any problems with starting the bike.

FINALLY: In the end, I am delighted with my Intrepido, I am crazy about him. In my joys and pains, Intrepido is always by my side. Everyone loves my bike; he’s an instant hit in my neighbourhood. Be it in heavy downpour or blazing sun, on highways or on pothole prone disgusting roads, he has never turned me down. I have so many memories of friendship with him; he is an integral part of my life.

The new Bajaj Pulsar 180 DTSi UG4, is an outstanding bike and I am proud of my Intrepido. I have gone on many adventures with him, rode constanly for 250 kms, had a close call with a HUGE wild Bison in Gorumara National Park at dusk… 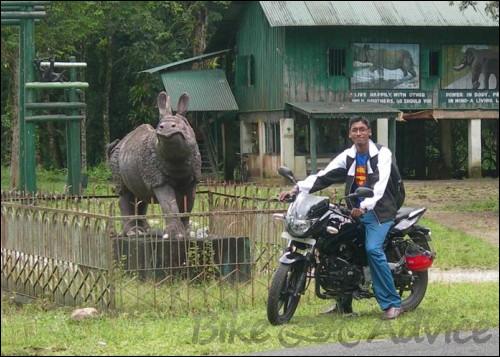 … and lots more and all the while Intrepido was my soul. I must thank BikeAdvice for helping me make the best decision of my life, which was getting Intrepido.