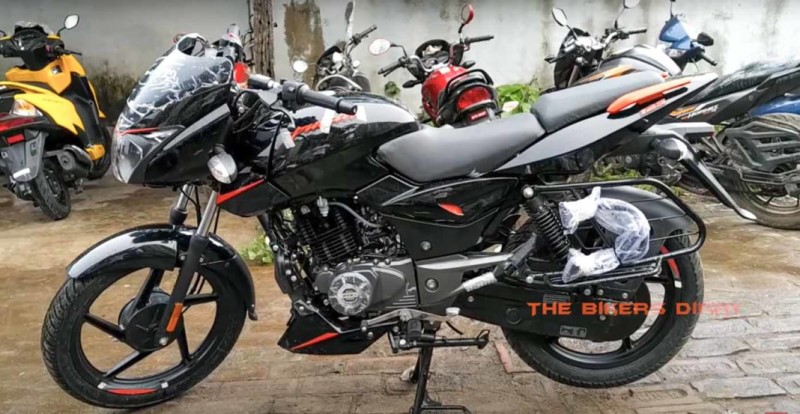 Pune based motorcycle manufacturer; Bajaj Auto has just launched the drum brake variant of the Pulsar 125 Split Seat. The new version of the bike comes with drum brakes at both ends, as compared to the disc variant, which has a disc set-up at the front.

Apart from that, the motorcycle remains identical to the other trim, as it continues with the same halogen headlight with twin DRLs, split seats, engine cowl, and the Pulsar’s signature muscular fuel tank.

It gets telescopic forks at the front, and nitrox-suspension set up at the rear. Other features include clip-on handlebars that give the bike a premium look, apart from the part-digital, part-analog instrument cluster.

On the mechanical front, it continues to be powered by the same BS6, air-cooled, single-cylinder, DTS-i engine that produces a peak power of 11.8 PS at 8500 rpm coupled with 10.8 Nm of torque at 6500 rpm. The engine is coupled with a 5-speed gearbox.

Pulsar 125 has been one of the best-selling bikes for Bajaj, and it recently surpassed the sales of its elder sibling – Pulsar 150, recently to become the best-selling Pulsar model. The company has priced this variant of the bike at Rs 73,274, which is around almost Rs 7,000 lesser than the disc-variant retailing at Rs. 80,218 (all prices ex-showroom, New Delhi). In fact, it is just Rs 1152 costlier than the conventional Pulsar 125 (drum).