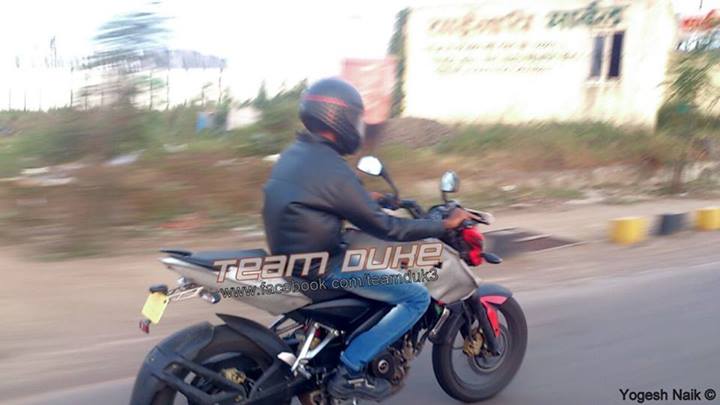 Close on the heels of a spy photo of a Bajaj Pulsar undergoing test runs while wrapped up in white covers, we now have a few more clearer snapshots of the bike. The photos were the handiwork of Yogesh Naik of Team Duke. 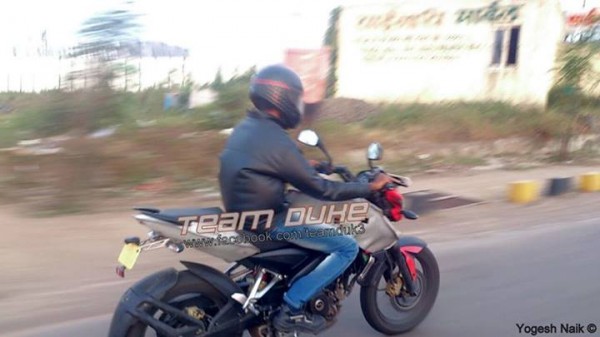 The speculations are more or less confirmed with the latest photos. Something is definitely cooking at Chakan, Pune. There arise two possibilities, one of them being that of an updated Pulsar 200NS. However, this does lead us to a dead-end. The Bajaj Pulsar 200NS has already been in the market for some time. If Bajaj Auto wants to plonk some minor tidbits onto it, they could very well come out in the open. Why would they take the pain of covering up the bike and attracting undue attention??

A plain jane Pulsar 200NS will meld away into the crowd of Pulsars that exists on our streets, and no one will even bat an eyelid. Job Accomplished. Obscurity through Simplicity. 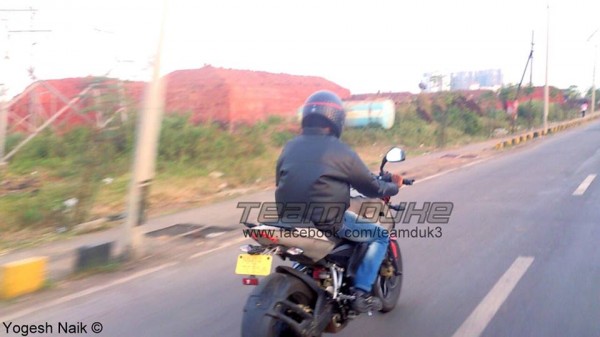 This does bring us to the other possibility. Could it be an all-new, next-gen Bajaj Pulsar 180 as has been speculated??

Mr. Rajiv Bajaj, MD & CEO of Bajaj Auto, had clearly stated that there is an all-new, sub-200 cc Pulsar about to hit us this year. Take this as one piece of the jigsaw puzzle. Another piece lies right on our streets, christened as the Pulsar 180 DTS-i. It has been prowling our streets for quite some time, after it began proceedings with an ad-campaign titled “Fear The Black”. It occupies a segment which offers a potent cocktail of dizzying power as well as a manageable gas-guzzling-tendency.

Now head over to the facts that Bajaj Auto has left it virtually untouched for years. It has been engaged in minor edge-sharpening, dimension-extending niptuck jobs. Suspension components cry for a change, and the double downtube steel cradle frame isn’t really as rigid as the bike dives into corners. And oh, owners would also love to have a premium over the lower priced model in the hierarchy, other than just split seats and similar rear grab rails. 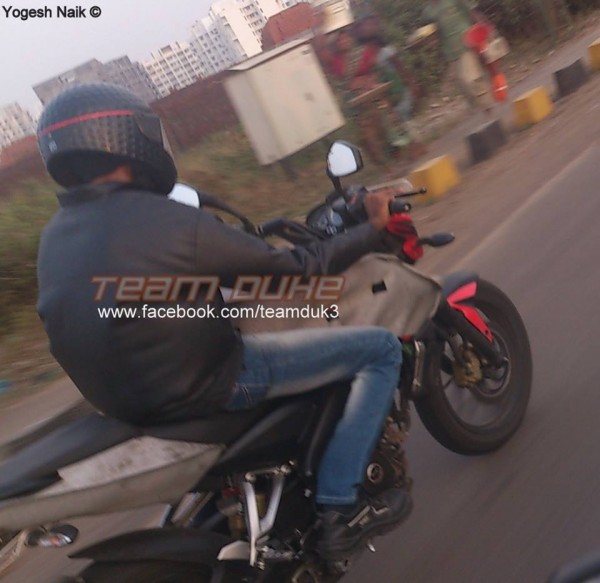 Has Bajaj Auto finally woken up?? Have they realized that even though the Pulsar 180 is not their Golden Goose, it does really demand some attention?? Do you feel it could be the next-gen Pulsar 180??

What exactly would you be looking for in the next-gen Pulsar 180?? My addition to the list is more spunk as compared to the current 17.02 PS.  😉