Good news for Scooter lovers! According to Times of India news Piaggio, the Italian two wheelers and three wheelers manufacturing company is to enter Indian scooter market. Piaggio will launch its Vespa brand which was there in India before a decade. The company is in final stages of setting up its scooter plant at Baramati in Maharashtra. The company’s Baramati plant will have an initial capacity of 150,000 units per annum at an investment of approximately Rs. 200 crore (30 million Euro). The company can increased the capacity if required. 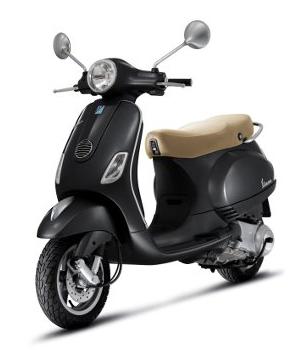 According to Ravi Chopra, CMD of Piaggio Vehicles India, “We are gearing up for Vespa’s launch and plan to have around 70 dealerships by the end of this year. We plan to pitch it as a value-for-money offering into the market.

Piaggio Vespa LX125 has four stroke 125 cc automatic transmission (CVT) engine which produces 10.7 bhp and 9.6Nm that too with retro type Vespa look. Brand Vespa is known worldwide. It has 35 international and 685 Italian clubs under the Vespa World Club. Till the date over 17 million Vespas have been sold.

Piaggio, which has seven brands of scooters, motorcycles and small commercial vehicles. It also owns Aprilia brand which it bought in the year 2004. After launching the 125cc Vespa LX125 next year, Piaggio plans to bring in a fuller range that would include more scooters from the Vespa range apart from motorcycles from its other brands.

The company’s has started its first two wheeler campaign with the launch of its premium Aprilia superbikes through CBU route will range between 13 lakhs to 18 lakhs rupees. On the launch Mr. Chopra said that Aprilia will give Piaggio the visibility and branding in the two-wheeler market and help them to showcase their technological advancement. Aprilia will be a niche product and they plan to sell the bikes through dealerships in cities like Delhi, Mumbai, Pune, Hyderabad, Bangalore and Chennai. Earlier the company was planning to launch its two wheelers in partnership with the Munjals of Hero group.

India world’s second biggest market of two wheelers is catching fancy of every two wheeler manufacturer in the world. Nearly 11 million two wheelers sold during the year 2010. According to an estimate market size for two wheelers will double within five years from now. Past 6 months have seen tremendous growth in scooter segment which is more than motorcycle segment. The scooter segment is largely dominated by Honda, Hero Honda and TVS. With the entry of Piaggio consumers will surely have better, reliable and value for money scooters.