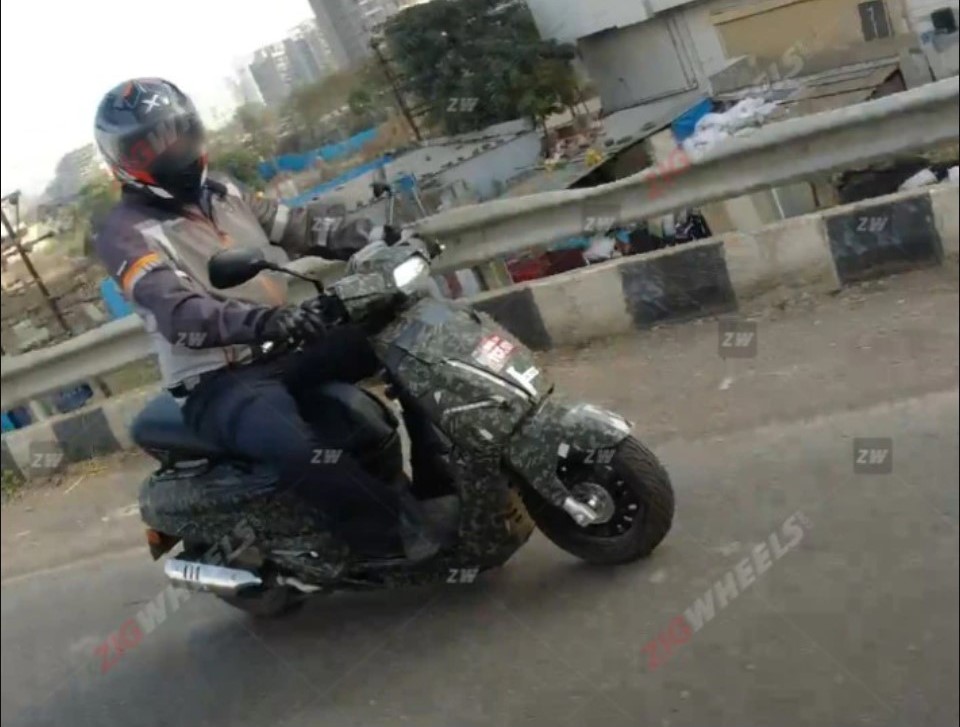 Peugeot Indian launch has been speculated for a while now with Mahindra controlling it. Is this the product that it will debut with…?

Mahindra bought a controlling stake in Peugeot Motorcycles back in 2014. Ever since then it has been expected that it will enter our country some day. The problem is the pricing and placement and Mahindra wants to be extra sure as it has already burnt its fingers once.

2-wheeler Peugeots have been spotted in India earlier as well, but probably for the first time a camouflaged mule has been snapped that has all the makings of an Indian entry.

An online portal has shared images of a completely camouflaged scooter which appears to be the ‘Django’ from the company. It was last spotted testing in December but was a very different scooter visually.

The new images captured of this test-mule show that the manufacturer has brought many changes to the retro-scooter to make it more specific for the Indian market.

The most prominent change is the use of a single-unit seat instead of the split-seat unit we saw in the previous images. This can also mean that there will be a significantly higher storage capacity under the seat.

Another change is the use of rectangular shaped headlamp housing the LED lighting setup. The previous images showed an oval headlamp. The same rectangular adoption is also visible on the digital instrumentation instead of the previous oval one.

It is speculated that this Peugeot scooter will get a single cylinder, 125cc engine, similar to the Euro-5 compliant European unit, and will produce 11.5 PS of power and 11.2 Nm. It is safe to assume that it will be specifically tuned for Indian riding and usage conditions, obviously if it is destined for our shores.

When it enters the ring, the Peugeot Django will be a premium offering, competing with the likes of Vespas. Let’s see when do we get to know concrete info on it…