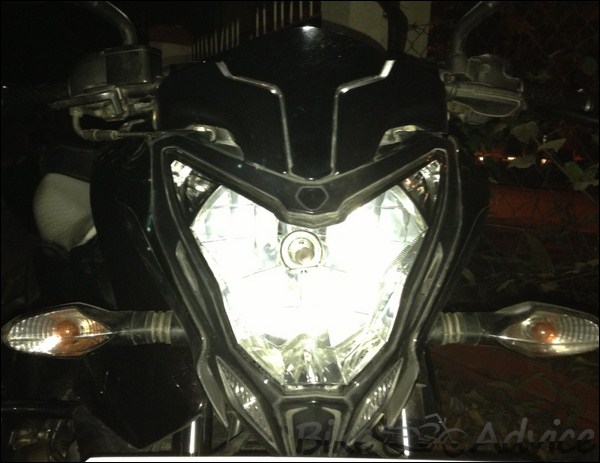 Hi my fellow brethren I am Savio Tavadia from Pune. A BPO employee by profession and a biker who has come a long way from not aspiring beyond the humble Bajaj Boxer to actually owning the fastest Indian. I sworn never to be a Pulsar maniac, they say fall in love in a blink, well, here is my story about me and my latest acquisition whom I have composed a little poem and referred to him as “Drake”: 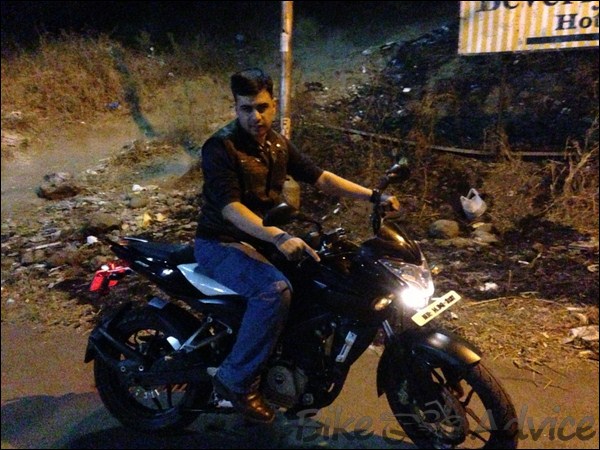 There came a time when my dying stead at nights kept me awake. To let go of him, was a thought from my mind I couldn’t shake. I prayed to God and asked him to deliver me from my dilemma for heavens’ sake. When I was down and out, at my wits end about to break. In came a gentle monster whom they call Drake.

When a speed demon was bitten by the Duke. Born was this beast whose fear made the rest puke. Though not planned I’d say a twist of fate and a complete fluke. Refuse him way and his roar will shatter your senses, not just give u a spook. He inherits looks to kill. And muscle to give even the Iceman a chill. So go ahead ride with him and let the adrenaline rush Fill!

“Purani jeans and the advantages I had over the rich yuppie’s car”. Being born to a biker who saddled everything from the Vijay super and Lamby to the Norton 500 and many a Jawas in between, we the offspring were only more than happy to have our own colts one day. 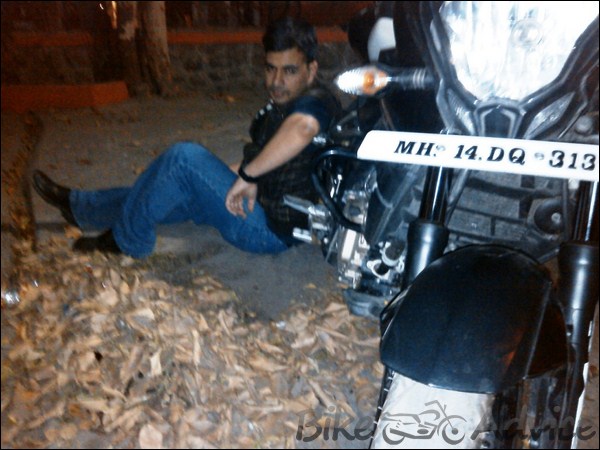 For whatever reason my father never bought me a rider like other dads, however for this price that we paid, we brothers got to toy with our own stallions and the wisdom spanning 100s of kilometres drenched in fuel, adrenaline, sweat and blood. My earlier rides spanned from the ever so nimble, Hero Puch, that left the hunks early 2000s red-faced when my little wonder spat out their pride n glory like chewing gum at the quarter mile mark to the now “nearly extinct” CBZ that taught me what the adage “MOTORCYCLING UNPLUGGED” really meant.

Apart from all the cards in my pack, the Karizma is still a worthy mention not just that it was a premium class machine but that it gave us our very 1st road trip to the Konkan region and that too without much fuss.

No Inspiration, just need of the hour “Deliberation”. The day my last bike began to crumble it was time to take call – should I restore it or replace it. Being a family man and just not a biker, with the Karizma which was more efficient than a work-horse now was becoming my ticket to the afterlife. Thus having said that it was imminent that I went on the drawing board at earnest. 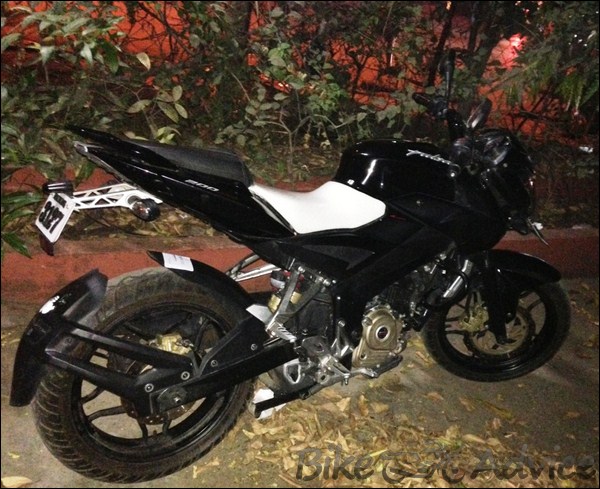 At first I went about planning a major overhaul, it so turned out that in Pune the spares were easily available in the black market than otherwise and the investment that was being provisioned for was enough to cover the cost of an average Joes’ commuter bike.

The recent job change played game changer to the decision of going in for a daily use bike and opt out from the privilege of company transportation. At first I looked at the option a long term goal of acquiring the TB 350, a machine that would shorten the distances between gas stations and cruise at speeds that the junta otherwise would break their neck and needle to achieve.

The waiting period was also too long even though it was my first ride on the legend that bowled me over. I was convinced and willing to wait but then the home ministry’s vote of confidence was something that wasn’t given citing the reason that it’s not my riding style and not her cup of tea.

She reckoned the Hulk was a stunner but the meek 149cc cannot even replace the saddle of a 225 zma. Looking up to my hard-core biker friends they chorused “Unicorn” and I, after much deliberation my wife and I settled for the Unicorn as a finalist contender. However being a Hero Honda rider for most paths that bore my tire marks were etched with the likes of my CBZ and the recent ZMA. 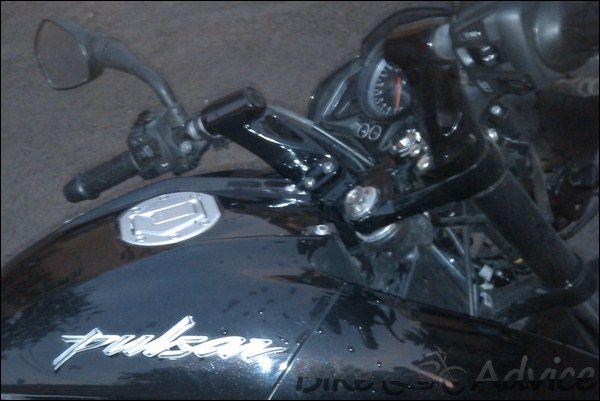 So having said that I thought Xtreme or Impulse (which was another favourite in my wife’s bucket list, but too loud for me in looks) but that idea dint go down as well. In the back of my head the discover ST 125 was an object of my affection, the built that only the legendary Unicorn carried with much panache till now and with numerous makeovers ever since its inception onto tarmac it still was the apple of the eye of the “Wise”.

Nevertheless this bike made stop over and appreciate its design, this exercise made my wife no stranger to the ST125 and it was promptly added to our list. A visit to the showroom for a quotation of the ST 125 was about to usher in a change of sorts for me.

When I walked in and took the quote for the Discover something big and yellow caught the corner of my eye, at first I decided that since it was a race to close the deal for a commuter bike I’d rather not look elsewhere. Plus the horrid experience of the Duke that left a sour taste in my tongue and my toes doing a Google for the brake pedal, I thought at first it’s worth my while and walked out. 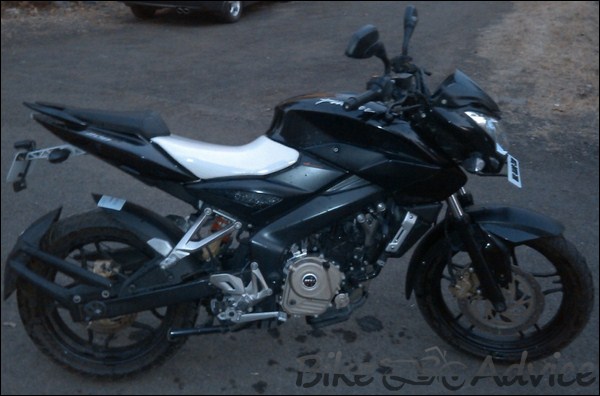 Another visit and this time I thought why not check it out after all what’s the harm? Though I never took it for a test ride the exhaust resonated the KTM in every beat – with whom I dint find favour because of the pillion rider position and brake pedal coupled with negative reviews from a few friends.

The yellow monster that haunted me was reminiscent of Bumblebee and every time that we crossed paths either it glided on potential energy or left me ZMA soaking in the scent of its afterburners. Either ways the thought of an upgrade was lurking in the subconscious side of my head. 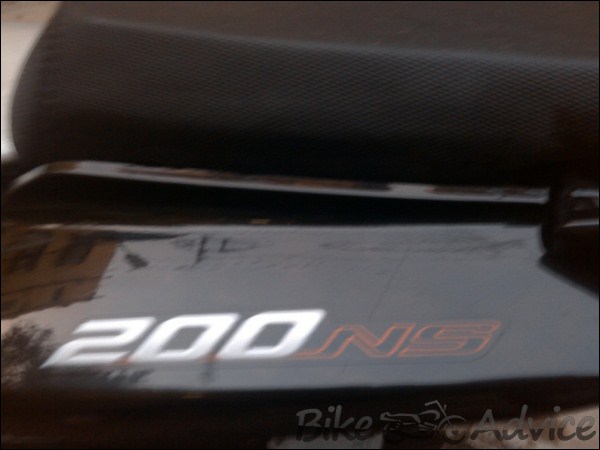 I thus went about searching for flaws in the 200NS (apart from other ghosts that haunted the pulsar family); the false neutral was something that had me concerned the most! I hit pay dirt when a post from a Bangalorean who had acquired this beast praised the prowess and comfort that his wife revelled in, being a Bangalorean herself she knew how the traffic networked and this was the deal breaker for her. Here is her bit of research and opinion that I asked her to share with us. 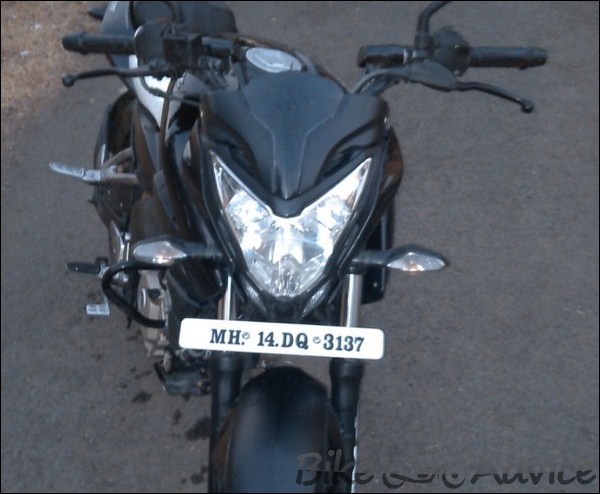 “The new Pulsar really does look quite smashing – a bit too busy in places but as a whole, quite good-looking. The design is bold and bang up to date, fusing together street-fighter cues with typically Pulsar-family design elements. The motorcycle has got some amount of bulk to it and that makes it all the better, the 200 NS looks quite good and importantly, it grabs eyeballs. It will definitely turn heads on the streets.”

When I had to help my husband with that bit of decision making with either the Unicorn or the Pulsar, I choose the Pulsar over the Unicorn, simply because I loved the irritatingly perfect looks, sturdy and stable, built for the roads of a commoner, not just a race track, its back for a pillion is elevated that gives it the looks it most deserves besides being a fast one its good makes a good on investment outlook too, anyone out there planning or deciding on a bike, guess what you’re wasting a lot of time even after reading this post, guys out there your girlfriends would love it,, so kudos to the new Pulsar 200 NS.

“If only tires were a marine’s boots…” The bike I had bought was a pre-owned one that had clocked 5000 on the odometer, and had exhausted its free service coupons so when it came to the matter of waiting until I allowed it to flex its muscle was not in the scene. However as I write this article the display beckons a service. Today we crossed 700 kms in tarmac, concrete and dirt with congestion, stray dogs and the like being our sources of entertainment wherever we treaded along. 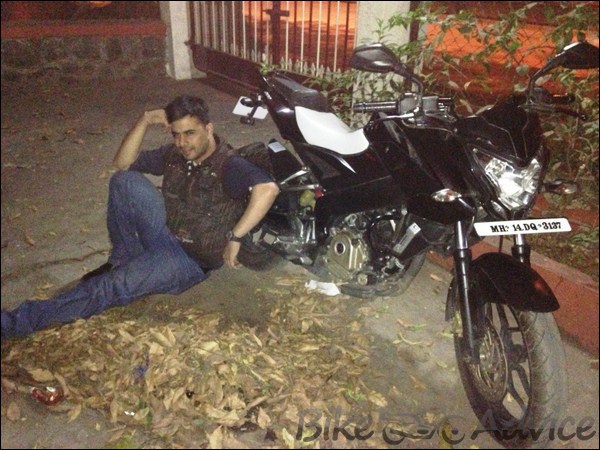 Apart from the fact that we haven’t been able to reach the point where the digital speedometer stopped clocking, however so far I have had no regrets. If only off-road tires could be sourced out and the panels made switchable like those of our handy phones so every other month I’d have a new shade to work with. 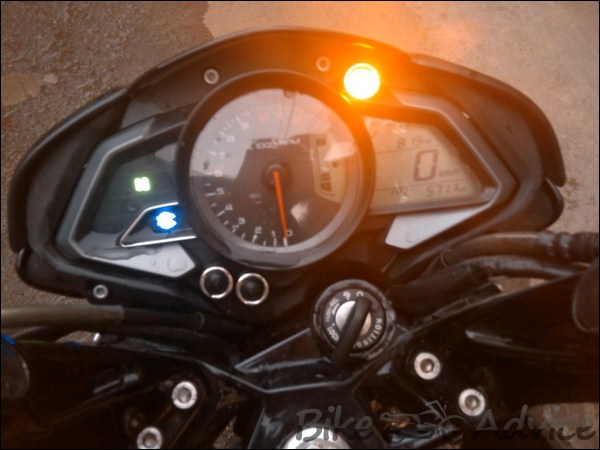 “Long ride jayenge full speed… Kahi rookenge na hum.” Well holiday season is here and we are indeed looking out for places where we could cool our heels and soak in the sun, Rather than get de-hydrated by it. Be it a hill station or the seashore I will leave that to time and tide for now.

However the last weekend I did make it a point to cruise across town for an event and it was indeed a good proving ground to benchmark its capabilities; however I shall be sharing my findings further in this post.

General details as per the official website are as under: 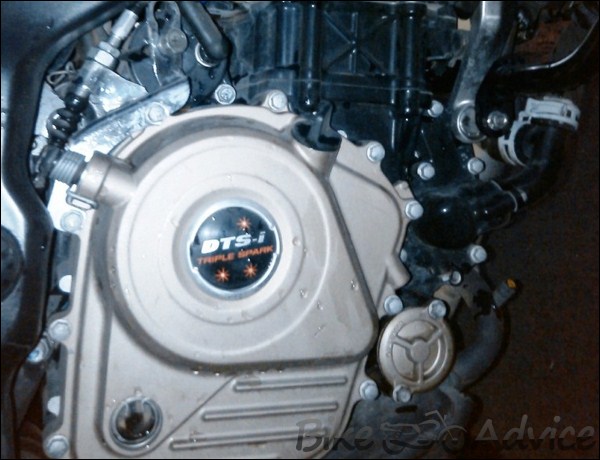 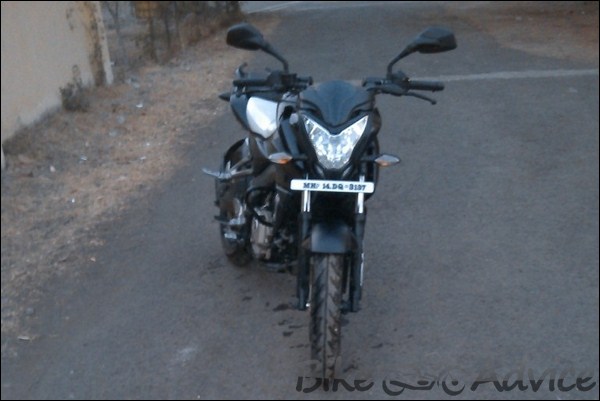 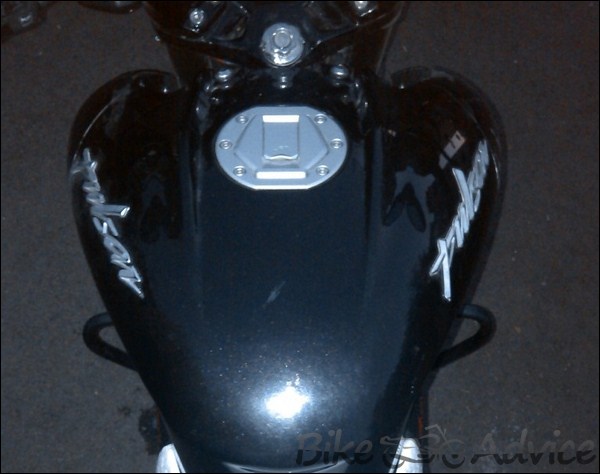 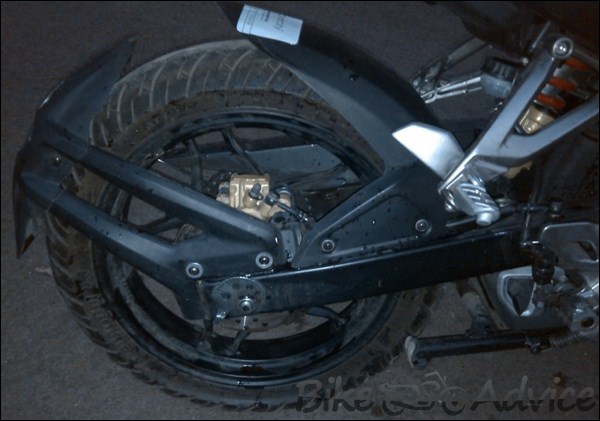 “Dr. Jekyll & Mr. Hyde (the beast within) … the Real Transformer!