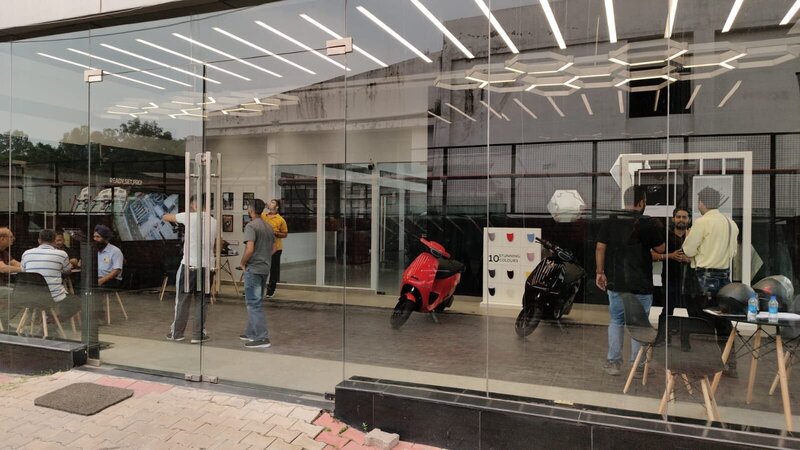 So, Ever since Ola Electric announced their S1 & S1 Pro electric scooters in India, they have proudly promoted their ‘Direct-to-Customer’ sales model and have stood by it whenever this model was questioned by customers & experts alike.

However, a few days ago (September 17 to be exact) Mr. Bhavish Aggarwal (CEO, Ola Electric) posted a poll on his Twitter feed, asking the customers who follow him – ‘Would you like to buy a vehicle online or in a retail store?’

With 18,778 votes posted by the end of the poll, 57.7% (nearly 10,835) voters preferred Retail stores over any other option, with 26.5% (nearly 4,976) voters preferring Retail Stores to physically see & evaluate the product and then utilise the convenience of Online Ordering.

The very next day, Mr Aggarwal again took to Twitter and announced that Ola Electric have already facilitated Offline Retail stores in the first 20 cities of India, with 8 retail stores already operational in major 8 cities – Belgaum, Chandigarh, Chennai, Delhi, Kolhapur, Mangalore, Pune and Thrissur – according to the official website.

These Ola Electric offline retail showrooms will be called ‘Ola Experience Centres’. These fancy dealerships will be operational between 9 AM & 8 PM, 7 days a week. The addresses & cities in which they are present and/or will be present are available on the official website.

The Ola Experience Centres will offer test rides for interested customers, along with advising them about financing options and other purchase details. These locations will also serve as service centres for their S1 & S1 Pro electric scooters.

It is good to see Ola Electric gaining some sense regarding the nature of Indian consumers & the two-wheeler market. It is a completely different story looking at a vehicle on the screen of our computer/phones than being in the presence physically of the product at a dealership.

Though a novel and ambitious idea, the direct-to-customer sales model is a very difficult plan to execute and succeed in a country like India, where the consumer values each and every paisa he/she earns researches the product to the ends of the Earth and back.

Finally, when asked by one of his followers, Mr. Bhavish Aggarwal hinted that, other than the new MoveOS 3 & accessories, Ola Electric might be announcing something new this Diwali.