So, in an official update at their Facebook page, Bajaj has teased and confirmed that a new Pulsar RS200 is coming soon err Racing Soon! They have also put up a pic of the motorcycle which appears nothing other than the 200SS.

This puts an end to all the speculations and confirms that the 200SS is finally getting launched in India, albeit with a different launch name. ‘RS’ here probably stands for Racing Sports and the tagline ‘Fastest Pulsar Yet‘ is interestingly catchy. We have known from various sources that the faired Pulsar may come with fuel injection and a possibility of tweaks to the motor to extract a wee bit of more power. 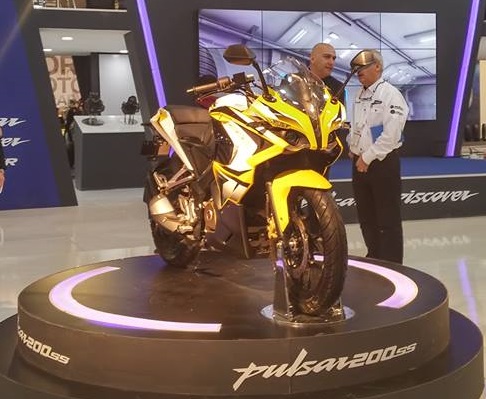 We contacted a few authorized dealerships in the national capital and inquired about the new motorcycle. All of them referred to it as Pulsar SS200 (NOT RS200!) and were open to bookings. You need to pay anywhere between Rs 5000 to 15,000 to book your bike and one of them claimed that he will deliver the bike this month and the other one said, “by early next month“!

Whatever it is, but these are NOT official Bajaj-authorized bookings and are instead dealership-level unofficial bookings.

This also leads us to believe that the Super Sports ‘SS’ tag may be reserved for the more apt Pulsar 400SS.

Related: Oh Wait There is a Pulsar 150 Adventure As Well…Spotted Testing