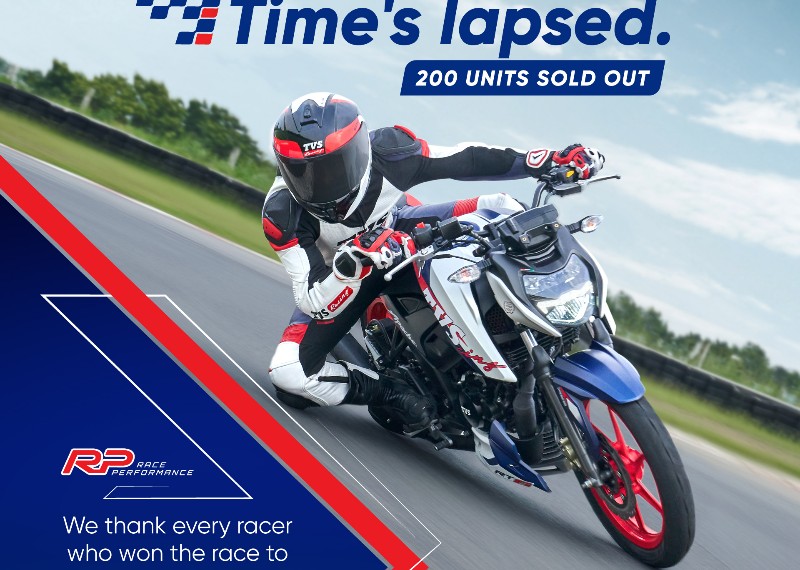 TVS, kind of, surprised the market by boring out the already powerful motor of the Apache RTR 160. It plonked this new derivative in a motorcycle that was called Apache RP 165.

The term RP stands for Race Performance and it is a new sub-moniker from TVS that it has introduced. The Apache 165 came with significant changes and features over the Apache 160. It also became the most powerful 150-160cc motorcycle in the country, beating the immensely popular Yamaha R15.

However, TVS kept this as a limited edition and it announced only 200 units for our market. Either TVS wanted to play safe or it, genuinely intended to keep it as a special edition – for extra novelty.

Anyway, the update is that the motorcycle is completely sold out. All 200 units have been booked and we believe deliveries may commence in the coming few days.

But what TVS has officially promised is that there will be new race machines that it will launch in the near future under the ‘RP’ umbrella.

The most likely candidate for this special RP brand we see is the Apache 200 which can get some of the sporty features of the flagship RR 310.

As a quick recap, the Apache 165 got a dome shaped piston, larger valves, high-lift cams, etc and the power was bumped up to 19.2 PS. It also received Showa suspension – both at the front and rear. There was betterments in the braking department as well. Till we try to dig deeper for the next model, you can read all the changes and features in this story.