We got this email from Aakash Sharma, reader of BikeAdvice. And here’s what he has to say about the new Yamaha R15 2012:

Today I met a Yamaha executive and I asked him about the new Yamaha R15 which is getting upgraded. The one which we have been seeing spy shots around the web. He told “Yes, Yamaha is sure coming out with a upgrade this time by the end of year 2011. 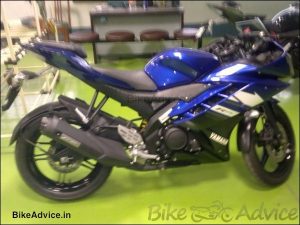 I asked him about whether there are something new with the power and he surprisingly given me two answers:

And I finally noticed that he never mentioned that the bike was a 150cc one and remained silent about its cubic capacity throughout the entire conversation.

Now it leaves us wondering: Is it a Yamaha R15 or R something else. 🙂

Thanks and Regards,
Aakash Sharma