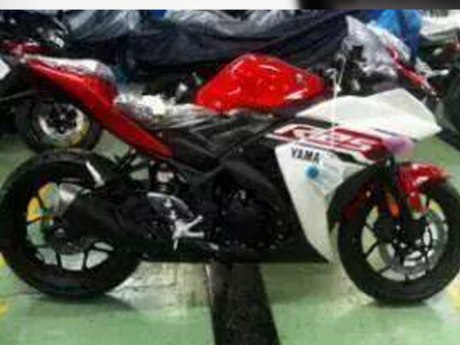 The Yamaha R25 buzz refuses to settle down as more spy shots turn up near its launch date of 20th May. R25 has created quite a stir right from the day it was announced and everyone, including us, have very high hopes from it. Just a few days back Yamaha Indonesia had put up a teaser webpage officially confirming its launch date.

Yamaha seems to be now testing the bike on the open and the latest spyshot from iwanbanaran.com (below) picture a child being ferried from school to some place possibly home; This suggests that these may be consumer tests for final touches.

There are more rumours coming in where an Indonesian blog TMCblog.com claims that Yamaha has a production target of 21,700 units this year, roughly 1800 units a month.  The bike is alleged to carry a sticker price of 53 million Indonesian Rupiah (translates down to Rs 2.76 Lac Indian Rupees). 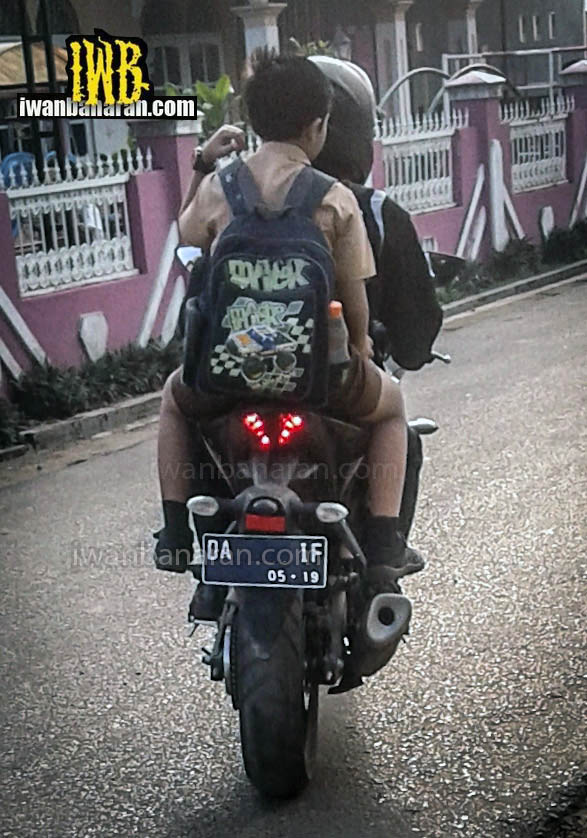 In another spyshot, we have the sides of the bike snapped revealing the contours of the tank, seat and rear panels. Official specs are still awaited but we believe, being a twin-cylinder, it should really pack a punch, as Rossi puts it across!

Yamaha seems to continue with an online buying option (just like the R15) but this time commencement of the sale might start a day after the official launch in Indonesia. The first few customers will also get a premium helmet AGV VR 46 helmet with the motorcycle.

So, Indonesia is all set to become the first country to get the R25 and we hope Yamaha considers India next.