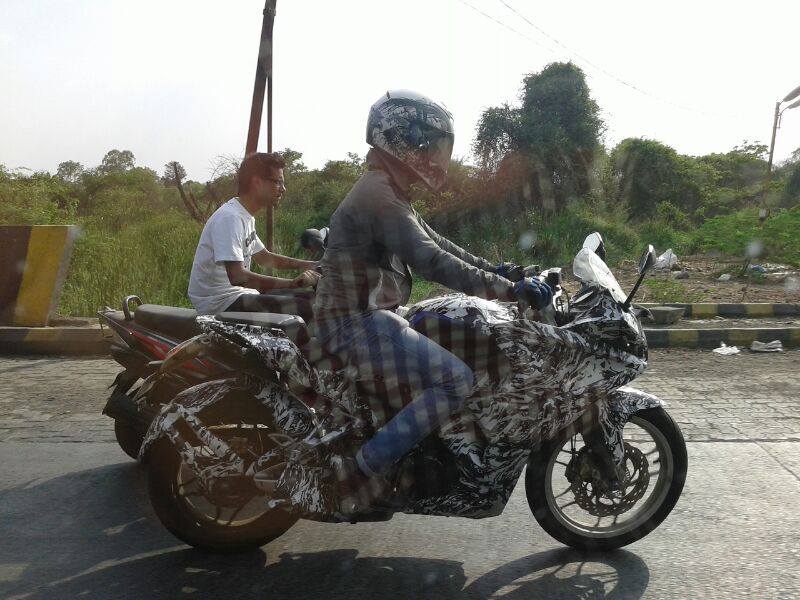 Bajaj has created quite a stir with the Pulsar 200NS and to continue the buzz, the company will soon be releasing the Super Sport version of the 200NS, called as the Pulsar 200SS. The 200SS will be launched before the larger Pulsar 400SS makes way into our markets sometime later this year. 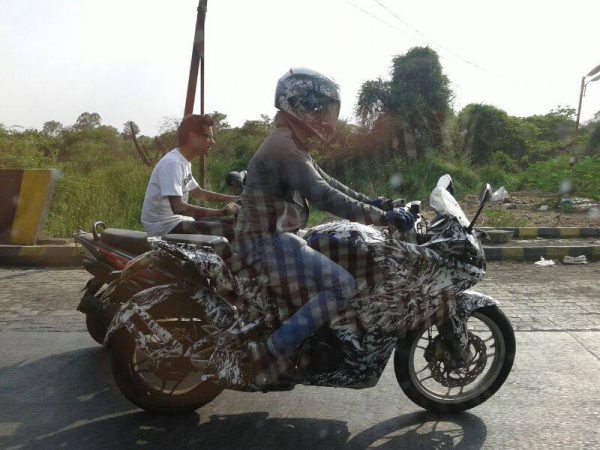 The motorcycle was recently spied doing test runs by our friend Satadal Payeng. There is no clear giveaway whether this mule is the new Pulsar 200SS or the 400SS because of the heavy camouflage, but considering that we have confirmed bits about the on-road testing of Pulsar 200SS, we believe it is the smaller sibling. Add to that the earlier launch time frame.

The 200SS will have the same triple spark engine from 200NS, but it is believed to be tuned differently and possibly with a slightly higher output. There are unconfirmed reports of the Pulsar 200SS ditching the carburettor and getting a fuel injector instead. This may also translate into slightly higher fuel efficiency figures. 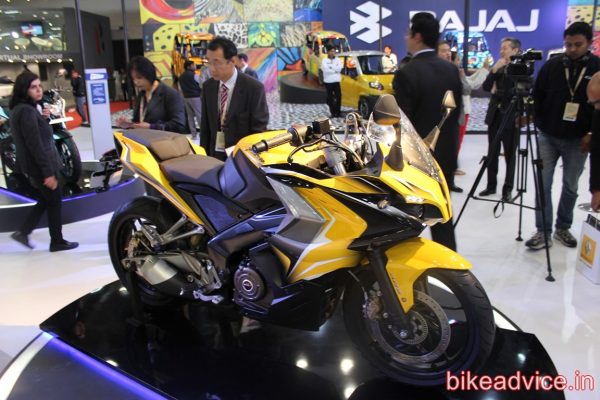 The carburetted version on Pulsar 200NS has 4 valves and the 199.5cc engine is mated to a six speed transmission producing 23.52PS of power and 18.3Nm of peak torque. This motorcycle is also reportedly running with ABS rings which we believe will be optional. Pulsar 200SS will be Bajaj’s first fully faired motorcycle and with those projectors upfront, it does mean business.

Price is expected to be around Rs 1.25 Lakhs on-road and Bajaj should be launching it within the next few months in our markets.