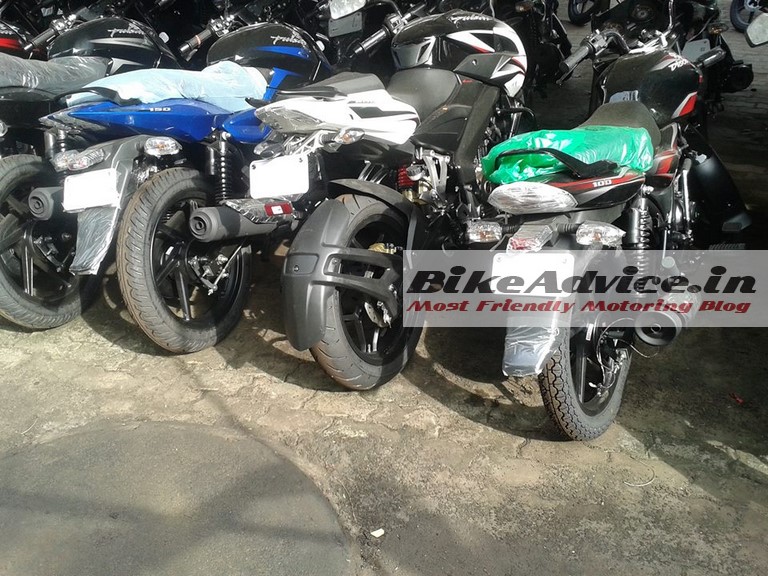 Since the date Pulsar 200NS was launched, there is no iota of doubt that it is the best ever Pulsar produced by the company yet. However, the single biggest issue was that it was always offered with Eurogrip tyres (often referred to by the users as Euroslip tyres) as stock. 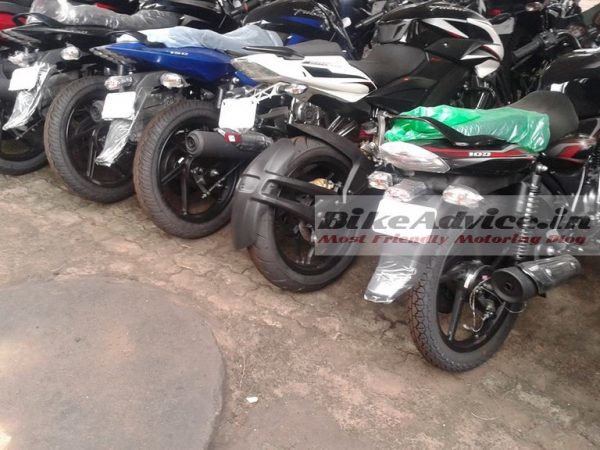 We have had a few words with some Bajaj officials, but they always maintained that Eurogrips had no issues and the motorcycle will continue to be offered with them. But what we see here is something, which we are sure, will leave all prospective buyers of Pulsar 200NS excited! After a few minor cosmetic changes, Bajaj has begun offering  the updated Pulsar 200NS dual tone with a new set of tyres by MRF which, one – look good and two – should be better functionally.

Alerted by one of our avid readers Ajo Anil, this new lot of Pulsar 200NS motorcycles were spotted at a dealership in Kollam. Upon digging a little further, we understand that the new batches of Pulsar 200NS are indeed coming shod with the new MRF tyres. We are not sure if Eurogrips have been shown the door completely, but there is a higher possibility of Bajaj pooling in MRF as the new tyre supplier in addition, which means the new Pulsar 200NS may come equipped with both brand tyres in batches.

With this change, we expect Pulsar 200NS to become an even better handler with more affirmed road grip, which may possibly also mark a little increase in its sales (yes, we know a few souls who did not purchase the Pulsar 200NS just because it came shod with Eurogrips!). 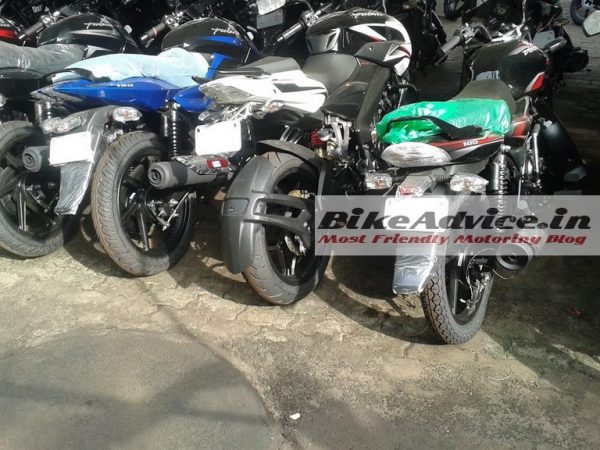 Interestingly, we are just at the anvil of the upcoming Pulsar 200SS, the fully faired version of the naked 200NS and there is a possibility that the faired Pulsar 200SS may also come shod with better MRFs.

So, if you are about to get your Bajaj Pulsar 200NS, ensure it comes shod with MRF tyres before getting it registered…!