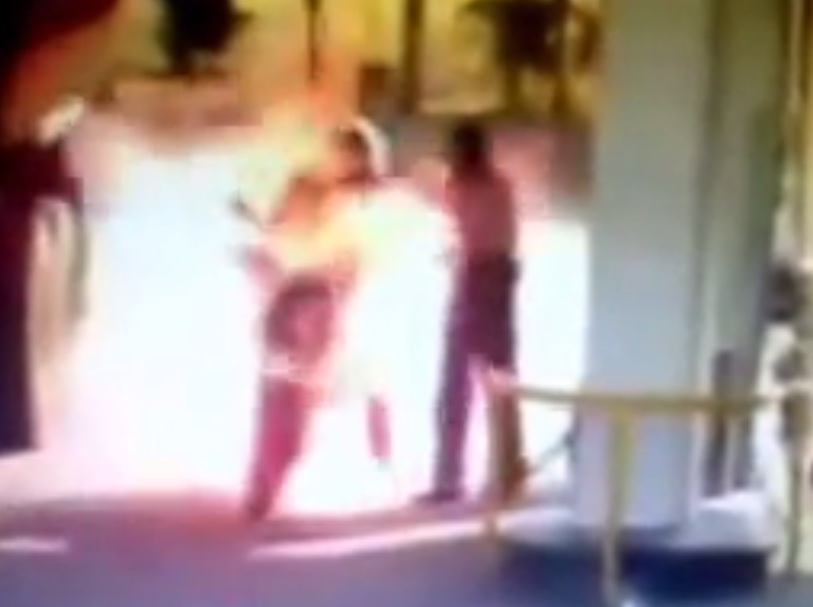 In a shocking incidence at some petrol station in India, a Duke 390 is captured catching fire while it was being tanked up! It is unclear what could be the reason of this sudden fire but it may not have anything to do with the engine overheating issue Duke owners complain of.

From the video posted by Rushlane, one can see that the biker is busy talking to the attendant, possibly making the payment due for the fuel. Amidst this, the pump attendant pulls out the nozzle from the fuel tank of the bike which might have had a failure of auto cut mechanism usually installed in such pumps.

While many may say that the auto cut off mechanism in modern pumps are unlikely to fail, it seems equally improbable that the few drops of fuel which might have trickled from the nozzle of the pump might have fallen on the engine causing such a massive and sudden fire build up. Everything happens within 2 seconds from 12 to 14 seconds in the video.

The rider could not escape completely and the fire caught his pants and possibly his arm. The other petrol attendants are thankfully quick to respond and are able to control it with portable fire extinguishers which did save everyone from a major blow up which had the potential to create big losses. 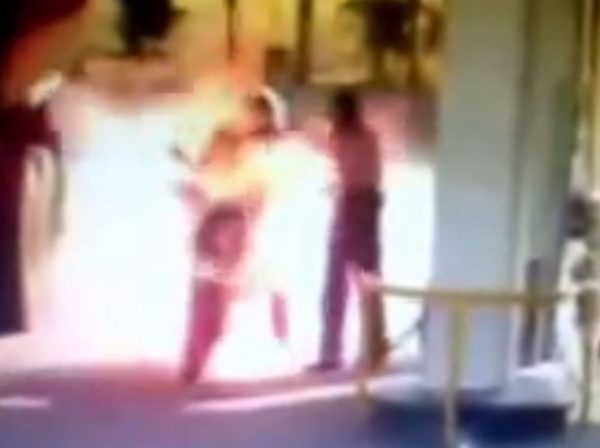 We just can not pinpoint at the exact reason of how such devastatingly quick the fire engulfed the bike but are thankful that no one was seriously injured!

In an update, a Rushlane reader said that the bike here is a custom painted Duke 200. The reason of this fire, he says, is due to the failure of safety valve of the gun which resulted in fuel overflow to the engine which caused sudden fire. The rider was on his way to IBW and has suffered burns in his right arm and thighs but thankfully, he is recovering well!

Update 2: One of our reader Mohammed Niyamathulla comments:

Hi BA.
The person in the duke is our RRC team member from Chennai.
The problem exactly was- overflow of petrol coz the gun didn’t auto-cutoff.
He started from Chennai to Goa for IBW, near Kancheepuram which was abt 90kms from Chennai this incident happened. The bike caught fire after few seconds of overflow.
More importantly it is Duke 200, not 390.
Plz convey this message in ur article as many people are manimulating the news as rider or bikes issues.
The main issue was the malfunctioned petrol gun.