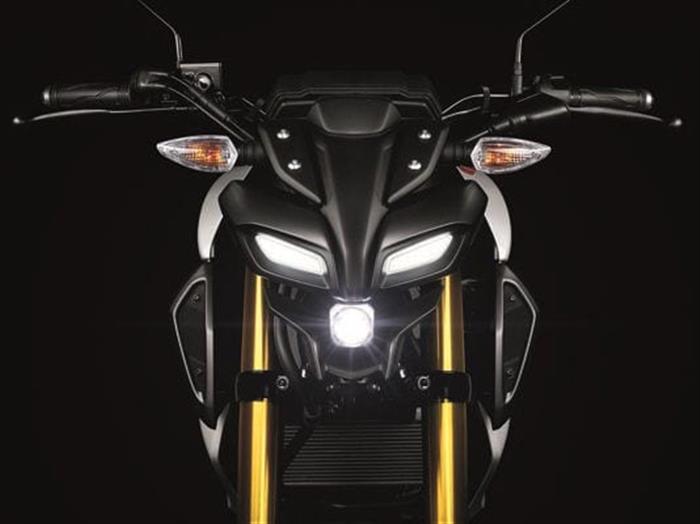 Upcoming MT15 could be quicker to 60-80 kph than R15 because of its lesser weight. Teaser reveals the 15th March launch…

Yamaha has scheduled a very important launch for this month – the MT15 streetfighter which will now team up with the versatile R15 to lure the premium sports motorcycle buyers in the 1-1.5 Lakh price segment. Though they have not officially revealed that the 15th March event is the official launch of the MT15, but it is certain and they have, for the first time, released a teaser of the motorcycle.

The teaser reveals the edges and creases of the MT15’s body and ends with the signature tagline “Dark Side of Japan” which Yamaha uses for its MT range. In fact, upon carefully watching the video, there is one frame which actually reveals the ‘MT15’ tag on the side cowl. Here it is – watch it for yourself…

The India-spec MT15 will be different from what Yamaha sells in some of the international markets. As a cost cutting measure, we will not be getting Upside Down front forks and in place of the cast aluminum unit of the Thai-spec motorcycle, Yamaha has plonked a basic box-section swingarm for our market.

But the good news is that the MT15 has been confirmed to be powered by the 155 cc VVA equipped engine of the R15 and will produce the exact same power output of 19.3 PS. Since it will not have the added bulk of the fairing, it is expected to be lighter than the R15 and hence it may be quicker off the block than its popular sibling.

Considering that the R15 has now moved up the price ladder with the inclusion of a dual channel ABS (it now costs Rs 1.39-1.41 Lakh ex-showroom), there is ample amount of space for Yamaha to plonk the streetfighter. We are expecting a price tag of around Rs 1.20 Lakh ex-showroom.