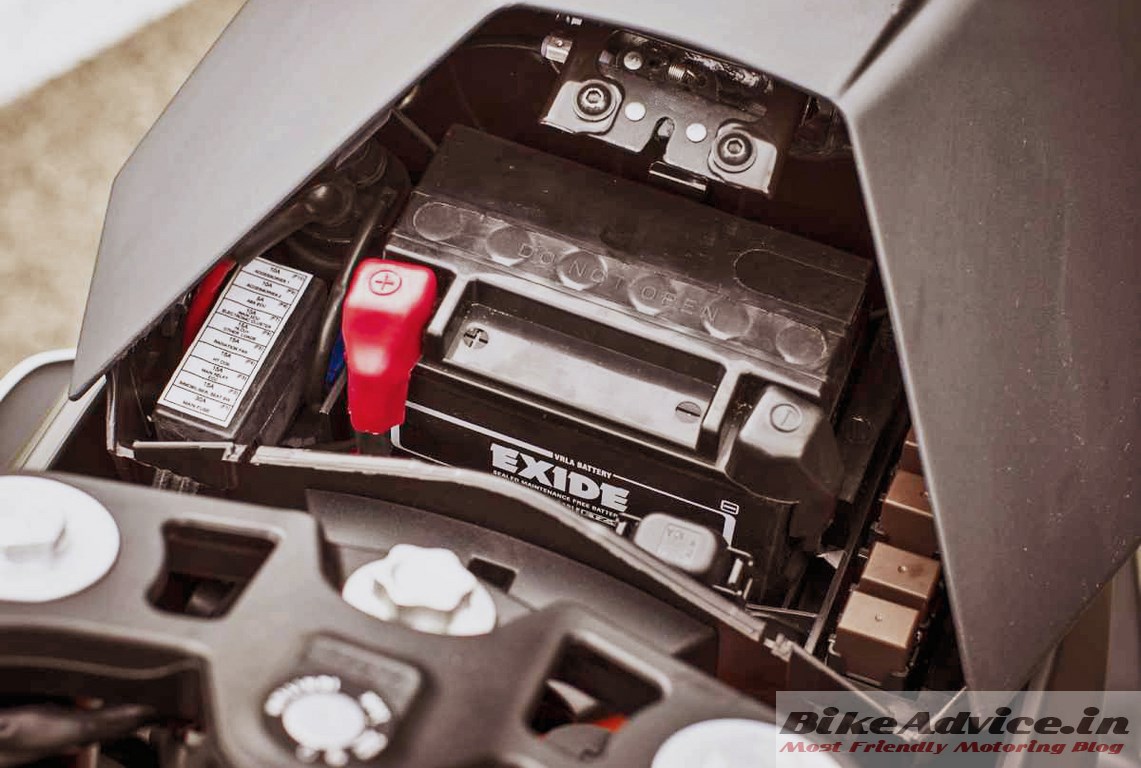 A storage battery is an electrochemical device that produces voltage and delivers electrical current. The battery is the primary “source” of electrical energy used in vehicles today. It is important to remember that a battery does not store electricity, But rather it stores a series of chemicals, and through a chemical process electricity is produced.

The main functions of battery are:

Case is a container which holds and protects all battery components and electrolyte, separates cells, and provides space at the bottom for residue (active materials washed off plates). Semi-transparent plastic cases allow checking electrolyte level without removing vent caps.

Cover is permanently sealed to the top of the case; provides outlets for positive and negative terminal posts, vent holes for venting of gases and for battery maintenance (checking electrolyte, adding water). The battery case and cover.

Positive and negative plates have a grid framework of antimony and lead alloy. Active material is pasted to the grid: brown-colored lead dioxide (PbO2) on positive plates, gray-colored sponge lead (Pb) on negative plates. The number and size of the plates determine current capability of the battery. Batteries with large plates or many plates produce more current than batteries with small plates or few plates.

Two types of plates are used in a batteries: positive and negative.

Only the surface layers on both plates take part in the chemical reaction.

Separators are thin, porous insulators (woven glass or plastic envelopes) that are placed between positive and negative plates. They allow passage of electrolyte, yet prevent the plates from touching and shorting out. These also allow electrolyte to pass freely between the plates.

An assembly of connected positive and negative plates with separators in between is called a cell or element. When immersed in electrolyte, a cell produces about 2.1 volts (regardless of the number or size of plates). Battery cells are connected in series, so the number of cells determines the battery voltage. A “12 – volt” battery has six cells. Each cell

Two wheeler batteries were rated at 6 volts and nowadays 12 volts. To make up this voltage, six cells, each producing 2.1 volts, are connected in series.

On some batteries, vent caps allow a controlled release of hydrogen gas. This gas forms naturally during battery recharging, whether by the vehicle’s alternator or by an external charger. This includes individual filler plugs, strip-type, or box-type. On removing the plugs, one can check the electrolyte and, if necessary, can add distilled water.

The electrolyte is a mixture of sulfuric acid (H2SO4) and water (H2O). The electrolyte reacts chemically with the active material on the plates to produce a voltage (electrical pressure). And, it conducts the electrical current produced by that pressure from plate to plate. A fully charged battery will have about 36% acid and 64% water.

The battery must be capable of cranking the engine and providing adequate reserve capacity. Its capacity is the amount of electrical energy the battery can deliver when fully charged. Capacity is determined by the size and number of plates, the number of cells, and the strength and volume of electrolyte. In India, we are having AH rating systems for vehicle batteries.

The battery must maintain active materials on its plates and adequate lasting power under light-load conditions. This method of rating batteries is also called the 20-hour discharge rating. Original equipment batteries are rated in amp-hours. The ratings of these batteries are listed on the specifications. The Amp-Hour Rating specifies, in amp hours, the current the battery can provide for 20 hours at 80˚F (26.7˚C) while maintaining a voltage of at least 1.75 volts per cell (10.5 volts total for a 12-volt battery). For example, a battery that can deliver 1 amp for 20 hours is rated at 20 amp-hours (1 x 20 = 80).

Battery testing has changed in recent years; although the three areas are basically the same.

As we generally don’t have equipment to conduct the second and third types of tests, atleast we can do the visual inspection.

8 Basic Tips on How to Ride a New Bike

Corrosion: Spilled electrolyte and condensation from gassing may cause corrosion on terminals, connectors and metal hold downs. Such corrosion increases electrical resistance which reduces available voltage and charging effectiveness. It may also create a current leakage path to allow self-discharge.

Electrolyte Level: A low level exposes active material, and any sulphate hardens and resists chemical action. Loss of electrolyte may be caused by a cracked case, poor maintenance or severe overcharging which causes high internal heat and excessive gassing. Too much electrolyte is just as bad. Overfilling dilutes the electrolyte and spillage may corrode battery terminals.

Overcharging: Overcharging causes excessive gassing and high internal heat. Too much gassing can wash active materials off the plates, as well as cause excessive water usage. Too much heat can oxidize the positive plate material and wrap the plates.

10 Tips to Avoid Accidents While Riding in City: Most Basic But Often Neglected

Undercharging: A faulty charging systems will not maintain the battery at full charge. Severe undercharging allows sulphate on the plates to become hard and impossible to remove by normal charging. The weak electrolyte freezes easier. The undercharging battery may fail to crank the engine.

Vibration: A battery must be mounted securely. Vibration can loosen connections, crack the case, and damage internal components.

We now already get maintenance free batteries in Indian. These batteries are bit costlier and last longer than the conventional batteries.