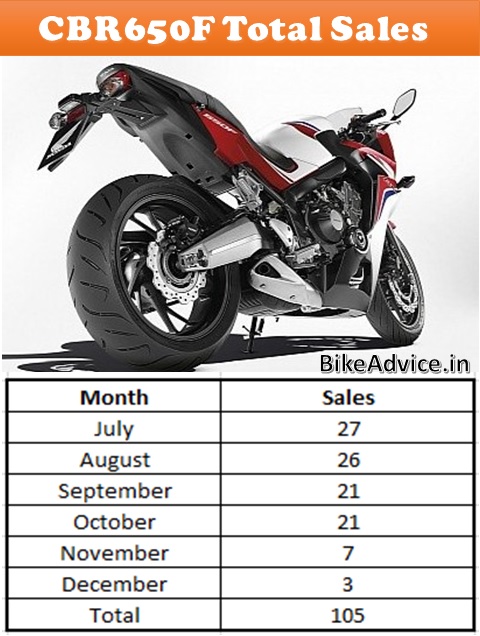 When you take five long years to launch a motorcycle after its first showcase, chances are people will either write you off or the motorcycle, in itself, will lack new-age traits. However, surprisingly, that has not been the case with Mahindra’s Mojo.

We are a country where buying a product depends a lot on brand recall value which ensured that Mojo had a tall order to climb, especially when it was promoted as a “Tourer” against an already established player in this segment – Honda CBR 250R.

The end result, surprisingly is – the motorcycle has started on a positive note. It has sold 234 units so far including the 78 it managed in December 2015. These may not look real attractive figures until you factor in the fact that these numbers are sales from only a handful of dealerships of (only) the four cities (Bangalore, Delhi, Pune & Mumbai) Mahindra is selling the Mojo in, at the moment. (Read Review)

Mahindra is keeping it very tight and has been real careful to ensure the brand propagates as they want it to. They are appointing relationship managers for Mojo to ensure individual attention as well as higher conversion. As we told you exclusively, by March Mahindra plans to take Mojo to 9 more cities taking the total tally to 13. So, from April onwards we believe Mojo sales should see a spike. (Link to report) 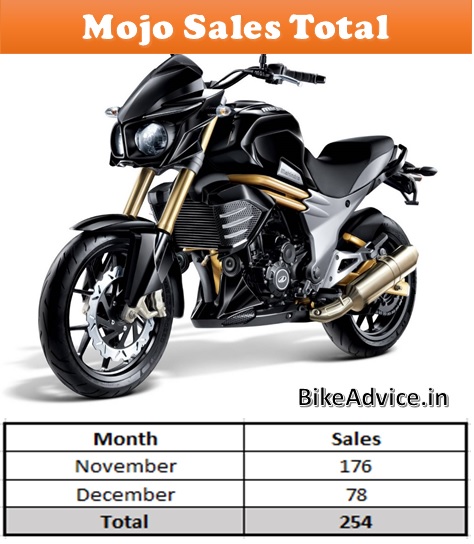 On the other hand, Honda’s CKD flagship CBR650F is consistently going down every month. From a decent 27 units in the launch month, the motorcycle has fallen to a lowest-ever score of only ‘3’ units in December 2015.

Though a potent motorcycle, clearly a higher price tag has not worked in its favour and buyers, it seems, are preferring Kawasaki’s 600 range or the Z800 over the 4-cylinder Honda. So far, Honda has sold only 105 units of CBR650F since its launch. On comparative terms, all the other motorcycles between 500 to 800 cc are doing much better than this.