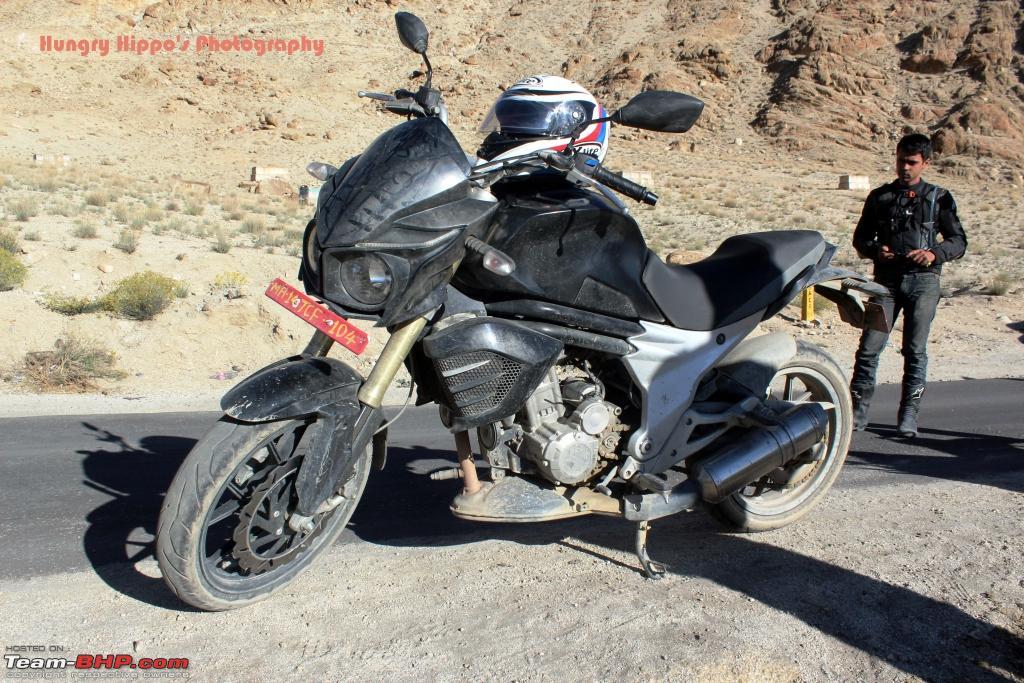 So, it seems we are finally getting very close to the launch of Mojo with everything planned prior to it eventually in the market and it appears Mahindra is pumping all its energy into the testing of their first big bike. 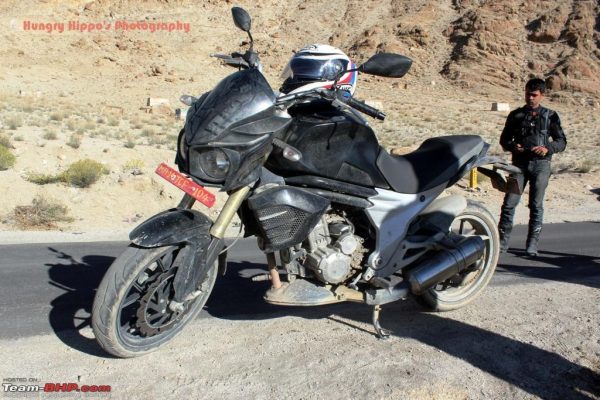 After getting caught uncamouflaged by one of our reader recently, Mojo has again been snapped by a member of Team-BHP when the motorcycle was out for high altitude testing somewhere in Ladakh. 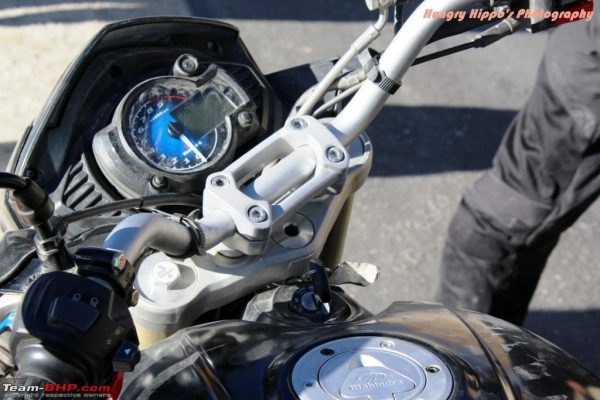 It seems that they are testing some fueling bits at this point on this mule. Like the earlier spottings, it carries Pirelli Sports Demon tyres, petal disc brakes and an imposing stance. 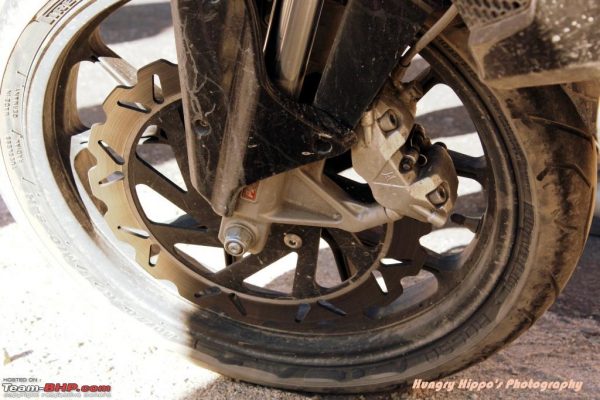 Mojo already has a long list of competition which it has to face, and Mahindra just can not take the chance of launching a half-complete product. But this also has another angle to it. What we can see is the makeover of its looks but we are almost sure that Mahindra has worked on the engine bits as well and the final production motorcycle will produce more power than the original specs of 27bhp and 25Nm this 295cc single cylinder motor produced back in 2010 when it was unveiled. 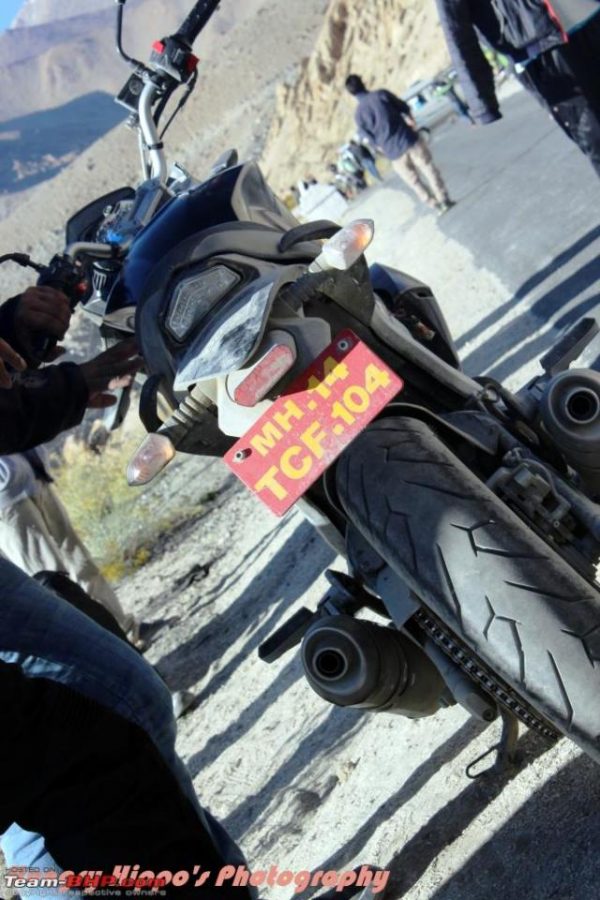 Pricing would be a major factor, and if Mahindra positions it right, it just might be their guardian angel. As we have told you earlier, the company has decided that it will launch Mojo by March 2015.

Recommended: Get good deals on Branded helmets at Amazon