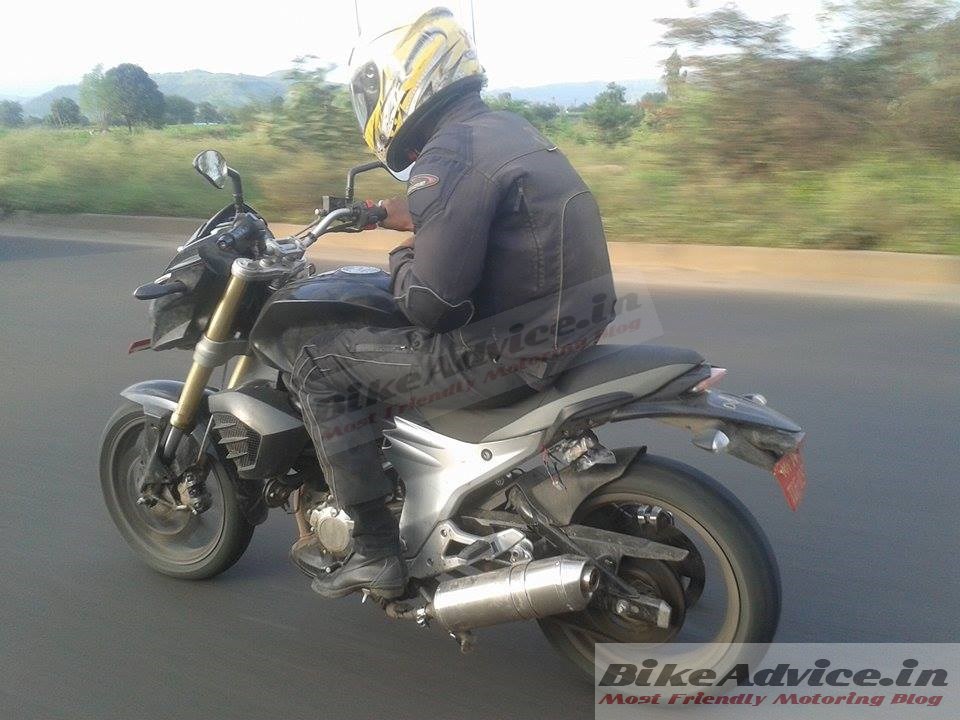 Mahindra Two Wheelers has been teasing motorcycle enthusiasts in the country for a very long time now. However, the wait is coming to an end for sure as, if there are no surprises in between, Mojo is the next product which will be launched by Mahindra. 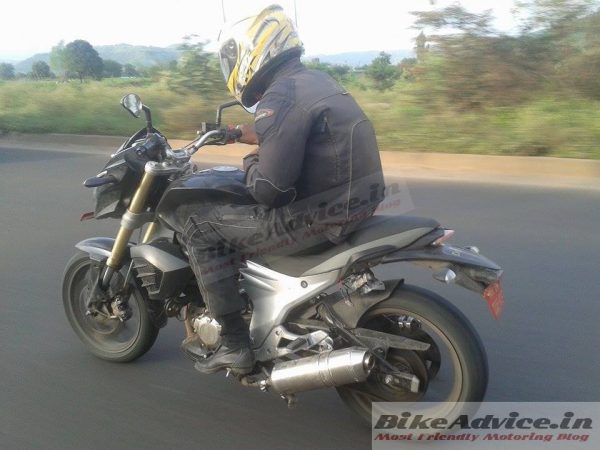 It was recently spied during a test run by our reader Vikas Kadawe who shared these pics with us. The bike was without camouflage which does hint that the company is straightening the final chinks in the armor. The bike, had it been launched in its early days, would have created quite a stir back then since there were not many big bike options back then. 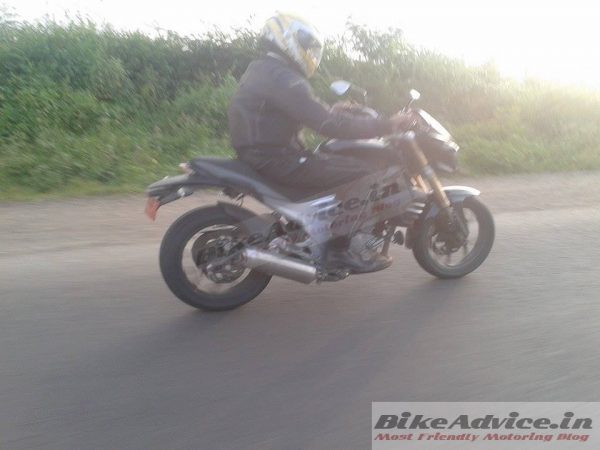 The bike, in its revamped muscular looks, does manage to put up an impressive stance and boasts of a few premium features like upside down forks, Led tail lamps and a forward set bikini cowl which houses eyebrow like LED DRLs. The exhaust canisters at both ends could have been integrated to a more stylish layout, they look a little dated! 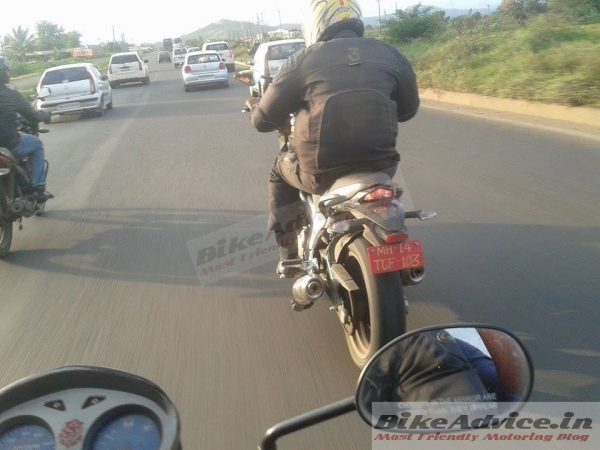 The Mojo spied in these pics seem to be moving at a pretty decent pace and will hopefully be an agile handler. It does seem to have the looks and potential of a capable naked street racer, making it a cheap alternative to the upcoming Kawasaki Z250 or the Suzuki Inazuma, once again, only if Mahindra has worked on its nimbleness. 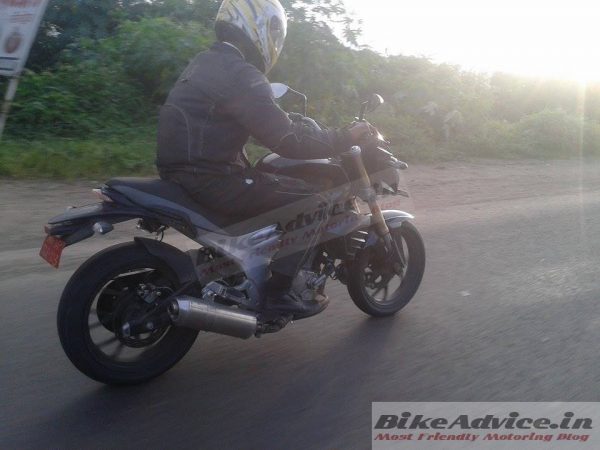 It sports Pirelli Sport Demon tyres which are known for their fantastic gripping abilities. There is a big single petal disc upfront and one relatively smaller at the back.

As we have shared with you a few days back, Mahindra is all set to launch the Mojo within this financial year, from anytime between December 2014 to March 2015. And there will be a racing version of the motorcycle as well….