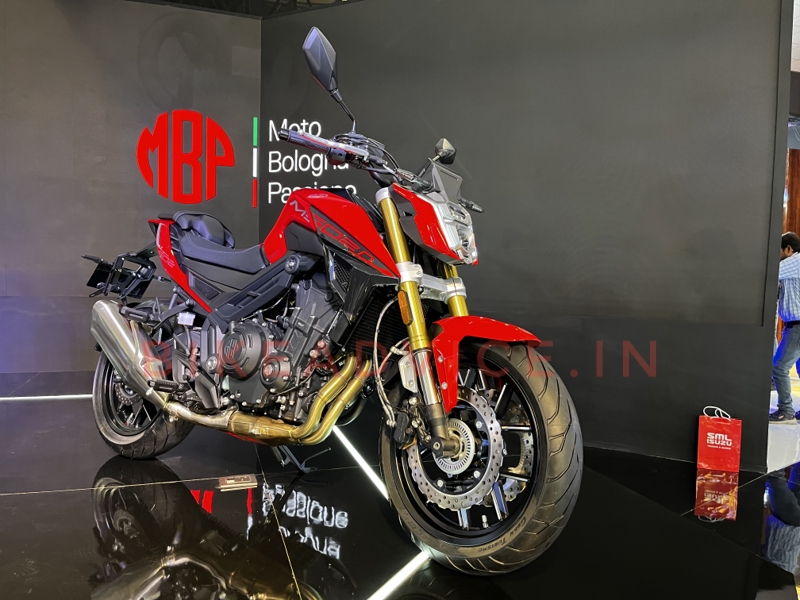 MBP Moto launch in India took place at the Auto Expo 2023. It is starting its innings with two different motorcycles – a streetfighter and a cruiser…

This Auto Expo 2023 has been a dull exercise specially for the two wheeler segment. Apart from EVs, only Adishwar Auto participated and showcased its big bucket of brands for the ICE segment.

Another motorcycle maker – MBP (which stands for Moto Bologna Passione), has entered India and it will be distributed by the Mahavir Group’s Adishwar Auto. A niche brand, MBP is an Italian brand, owned by the Chinese. Keeway Motor Group takes care of the new brand and it has its headquarters in Bologna.

MBP has a host of models across four categories – Scooters, Road models, Adventures and cruisers spanning across 125cc to about 1000cc displacement. Few prominent models in scooters that we found are SC125 and SC300; M502N in road models; T1002V in Adventures and both C650V and C1002V look interesting in cruisers.

Out of these, MBP has debuted in India with the M502N and C1002V. Both the models were on display at its stall. Here is a quick info on the two motorcycles that are coming soon…

Both these MBP motorcycles will be sold through Benelli Keeway dealerships in India. Official price announcement can be expected soon.