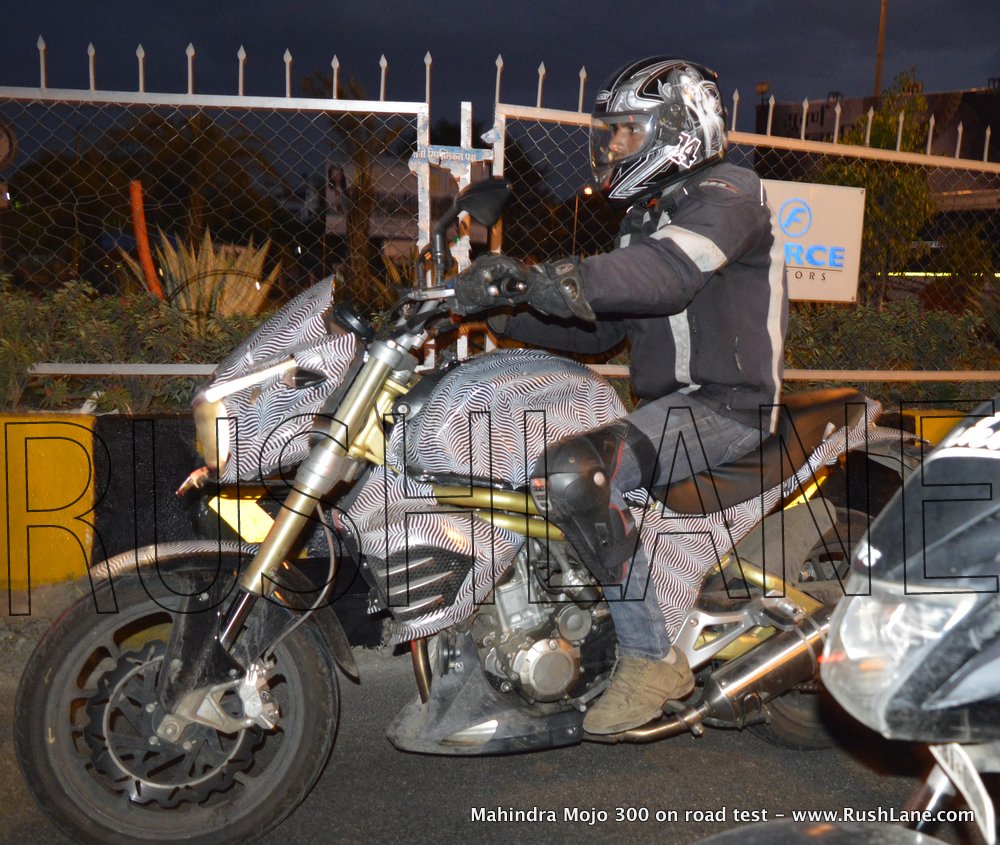 Mojo is Mahindra’s next salvo in the high powered lesser volumes segment. The bike will probably go down in history as one of the rarest Indian motorcycles to go through an update even before it has been released. 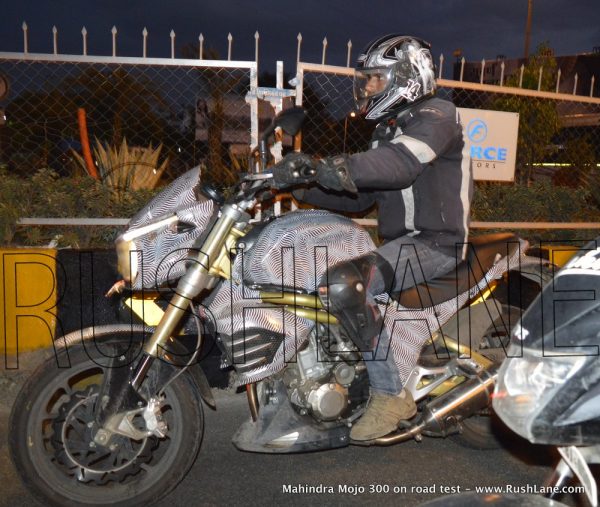 Showcased for the first time in 2010, the Mojo was updated for the Delhi Motor Show in February. Just a few months after that rumors started flooding that the bike will be released this June. But we have crossed the middle of the month, and yet to see any launch updates from the company.

Regular spy shots on the internet have managed to keep the excitement alive for the Mojo and this time round we get to see it with a rider sitting on it riding it amidst dense traffic of Pune. The seating position is fairly relaxed ensuring that you won’t end up with a sore back after the end of a long highway ride. The twin muffler on either side is a great looker and add to that the beautiful pointed rear tail end. The bigger tank lends a fuller look to the bike making it more muscular. 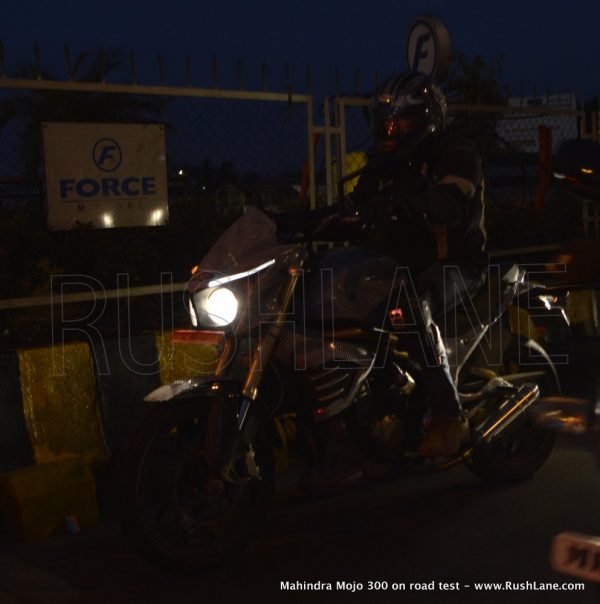 In fact, in these latest spyshots courtesy Rushlane.com, Mojo looks to have a fabulous road presence. For some reason, these night shots also give us a clue that the disc brakes are black from the regular metal. If that be the case, this would be a small ‘first’ Mahindra can boast about! 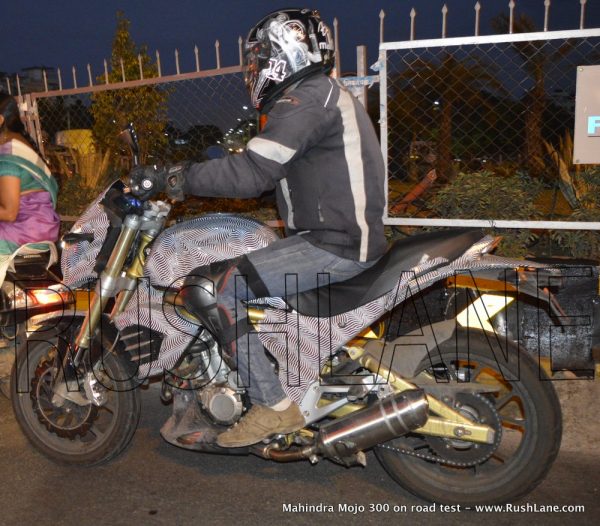 The company has faced considerable success with the Centuro and they aim to attain greater heights with the Mojo and other upcoming products. There has been no official figures whether Mojo will produce the same power output or not but an increment is what we expect considering the company has kept us waiting for eons of years. 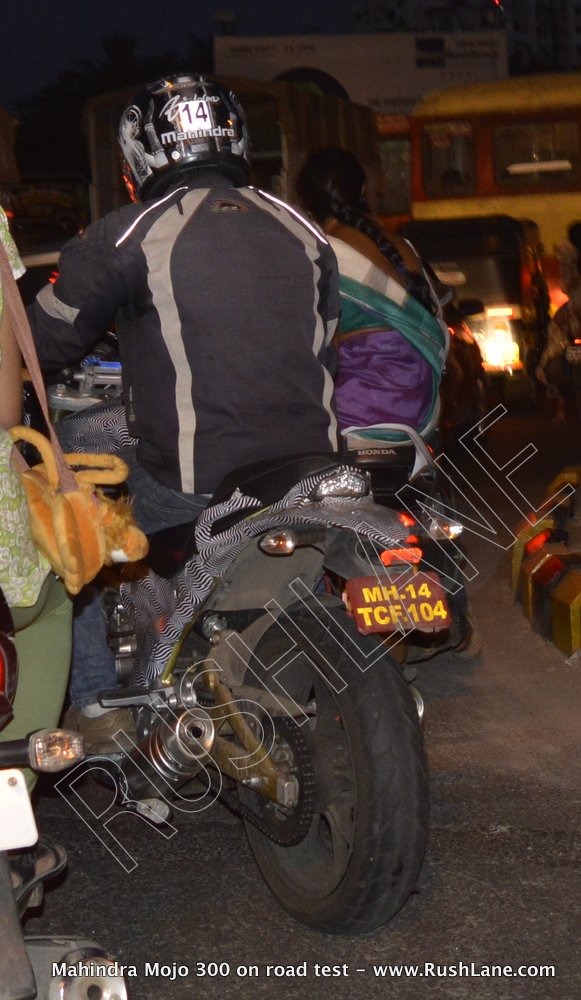 Had Mahindra launched the Mojo in tandem with its original plan, it would have been one of the first products in the 250-300cc segment in the country, but this long four year delay might just end up as a spoilsport.

On the other hand, it might be a good thing for the company considering how the Indian market has matured up and the demand for 250-300cc bikes have risen manifold! Well only time shall tell which goes true, but its time Mahindra shares an official launch period!

Check out Mojo Pics from the Auto Expo