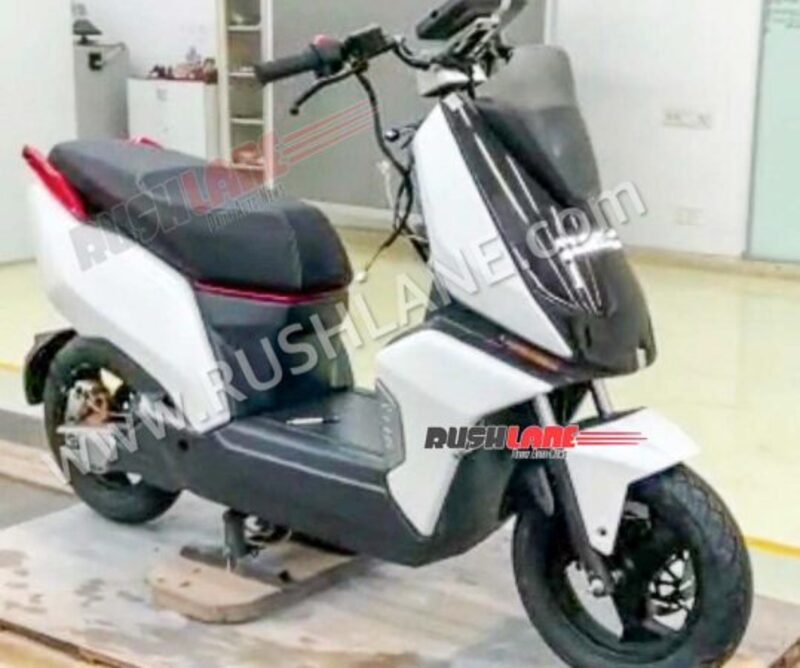 Lohia Machinery Limited (LML) are making their comeback in an Electric avatar tomorrow, i.e. 29th of September 2022. The Nostalgic two-wheeler brand is all set to launch their own version of electric two-wheelers, one of which has already been spied yesterday.

Today, thanks to an online portal, we have the first images of one of the alleged upcoming Electric scooters from the revived LML brand. We are not 100% confident regarding the leaked image is actually of the LML electric scooter as the vehicle is void of any branding in the image.

Furthermore, in August & September, LML have filed as many as 7 name trademarks – which could be one of the names of at least 3 EVs that will make their debut at tomorrow’s event.

Talk about a hit of nostalgia. LML ‘Freedom’ used to be one of the most notable bikes in Indian motorcycling history during the 2000s and was one of the beloved motorcycles of India alongside the LML scooters. It will be a great statement & business tactic from the company if they bring one of the names back from their fabled history, as it will definitely become relatable to a lot of bikers instantly.

We are just guessing here, but the name ‘Hyperbike’ could be used for the weird motorcycle-moped hybrid that got leaked yesterday. It could be a nice play on words if the electric bike-moped hybrid is for adults, or, could be a great descriptive name if aimed for small kids.

The names – Stella & Bella Donna – are Italian in origin and could be names of electric scooters that could sport traditional Italian scooter aesthetics with a propulsion system of the future. The Orion & Star are obviously derived from astronomy and our cosmos, and can be used on their electric vehicles which they consider flagships and can be symbol of their ambitions & path they will be taking with their vehicles in the future.

The leaked LML scooter sports smaller front and rear disc brakes, front telescopic suspension and a rear mono-shock setup. Looking closely it looks like it gets a mid-mounted electric motor and drives the rear wheel utilising a chain drive. Similar to conventional scooters, LML electric scooter is likely to get a single-sided swingarm designed in the form of a CVT housing.

Tomorrow is the day when LML will step into the present and will make its debut in an electric avatar. It will be interesting to see what LML have up their sleeves to take on already established brands like Ola Electric, Ather, TVS iQube and Bajaj Chetak.