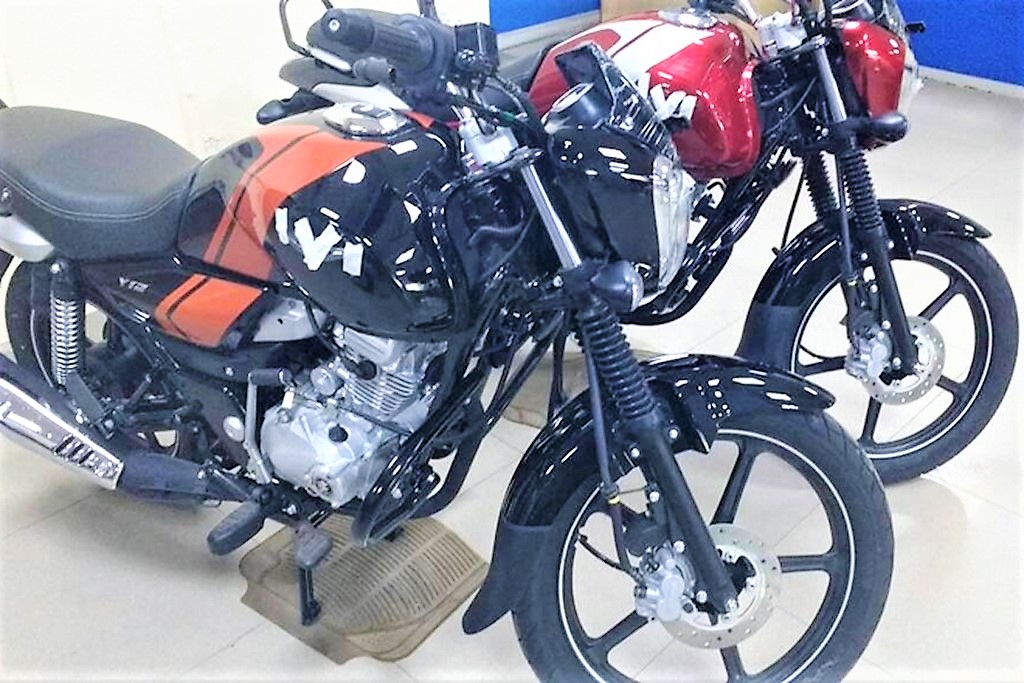 Bajaj is adding a disc brake variant to their V12 lineup. During its introduction, they just launched the motorcycle in a single variant with 130 mm drum brakes both at the front and rear.

This following pic of the V12 sporting a front disc brake, sourced from Financial Express, confirms the development. However, it appears to be a smaller rotor than V15’s 240 mm disc. It could probably be a 220 mm (or a 200 mm) disc brake.

According to the various speculations going around, V12 disc will be placed right between the V12 drum and V15 (which comes with standard front disc brake) and costs Rs 63,001.

V12 sold 31,060 units in the last financial year (dispatches commenced from Nov 2016). Among the major differences between V12 and V15, the smaller sibling is low on power and torque, gets thinner tyres but more importantly misses out on tubeless tyres. You can read all differences here. As of now there is no information from Bajaj and the website has also not been updated with the official details.