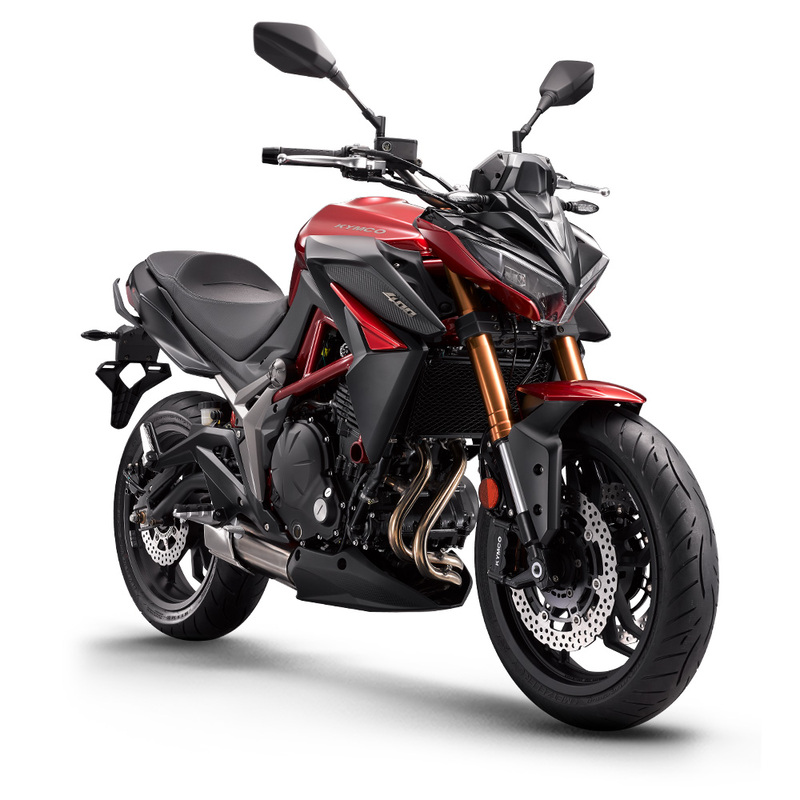 So, Taiwanese manufacturer Kymco have globally unveiled their ‘Krider 400’ powered by a 399 cc, parallel-twin engine with pure intentions of taking on the segment leader – KTM 390 Duke.

The biggest factor in favour of the new Krider 400 is the looks of the bike. While the KTM has its own peculiar design & aesthetics that have grown on us over the years, the Krider 400 is a mean & muscular butch streetfighter.

At a first glance, the size of the bike is unmissable. Mean looking headlights at the front perfectly follow the lines which extend to the broad & wide fuel tank giving the naked bike a big presence. Highlighting the appearance of the bike is Gold-coloured front USD forks and underbelly exhaust half-way covered by underbelly-fairing.

The Krider 400 is built on a chassis made up of a Truss Steel tube frame, utilising the engine as a stress member, connected to preload adjustable USD shocks in the front and 7-step adjustable monoshock setup at the rear – similar setup to 390 Duke.

The similarity continues to the power figures as well. Powering the new streetfighter is Kymco’s 399 cc, parallel-twin engine putting out 43.5 BHP and 37 Nm of torque. These numbers are similar to what KTM 390 Duke produces, but from a single-cylinder high-compression motor.

The front braking rotor of 390 Duke are 20 mm bigger than Krider 400 which measures 300 mm. The rear rotor measures the same at 240 mm. Both bikes come with dual-channel ABS as standard.

Fret not KTM fans, first of all there are no indications that this bike could make its way to our market anytime soon. And secondly, next-gen KTM 390 Duke is already under testing and is poised to get massive improvements & changes. The new-gen KTM 390 Duke is expected to be showcased at EICMA later this year.