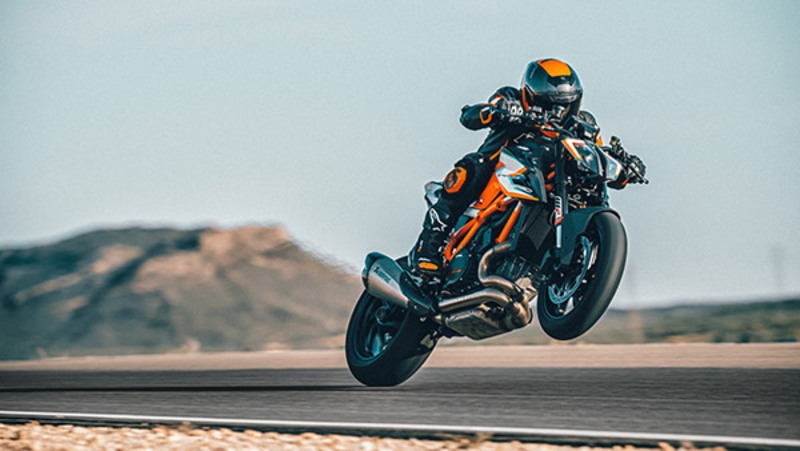 KTM 490 Duke launch can be expected sometime early next year after it gets unveiled later this year. RC and Adventure on same platform are coming too…

So, it was a big talk of the town that the Austrian manufacturer, KTM, is working on a 490 cc parallel-twin engine which will power the new range of street as well as off-road motorcycles for the company and their partners.

Currently, if you look at the model line-up of KTM, you can easily see a huge gap between the 390 Range and the next in line – 790 Range. Hence, the Austrians have been working for a while to plug this huge gap in their line-up.

Thanks to a presentation from KTM’s parent company – Pierer Mobility – it has been confirmed that the 490 powered platform of KTM will be introduced globally this year. And like it generally is the case, these 490s – one or all – may be revealed at the 2022 EICMA event scheduled later in the year.

Rumour mills have it that there could be a CFMoto angle to this platform as well which means we can see some models under CFMoto’s moniker on a similar platform.

Furthermore, some whispers say that CFMoto could be manufacturing these engines just like they are presently doing so with the 790 & 890 engines. While other whispers say that KTM’s Indian partner – Bajaj Auto – is poised to manufacture the RC, Duke and Adventure series of motorcycles featuring the new parallel-twin engine.

So, the new 490 cc engine is expected to have a parallel-twin configuration. But the interesting bit of information is that the new engine could have a 270-degree crankshaft, instead of the standard 180-degree, making it similar in power and sound to a 90-degree V-Twin. This means a lot of power, torque and hooliganism, just what KTMs are known for.

For India and other Asian countries, we expect a supersport RC model, a naked Duke model and an Adventure model powered by this new 490 engine. And if these models do get produced in our country, they can be few of the most affordable twin-cylinder global models in our market. We believe the introduction of these models will certainly bring a radical change in the Indian motorcycle market, just like what the 390s did when they were introduced years ago.

Additionally, as we have mentioned earlier, KTM’s partnership with CFMoto will give birth to a new range of motorcycles from the Chinese manufacturer. Recently, CFMoto unveiled their 450SR sportbike powered by a 450 cc engine, specifications of which are still not shared. It is believed that the 450SR is utilising the KTM’s 490 cc engine either as a de-tuned version or as an untouched mill.

Again, it is important to point out that a lot of information shared above is not confirmed. These are all based on the whispers and rumours surrounding the new 490cc platform.

If all goes well and the world stays pandemic free, it is going to be a very exciting year for the bikers. The 490 platform, just like Royal Enfield’s 650 platform, could again prove to be revolutionary for our market.

However, the only factor that can ruin this party is the pricing. We know the new platform will be placed higher than the current 390 platform but ‘how much’ is what all of us are waiting to see.

Let’s keep our fingers crossed and hope for the best….