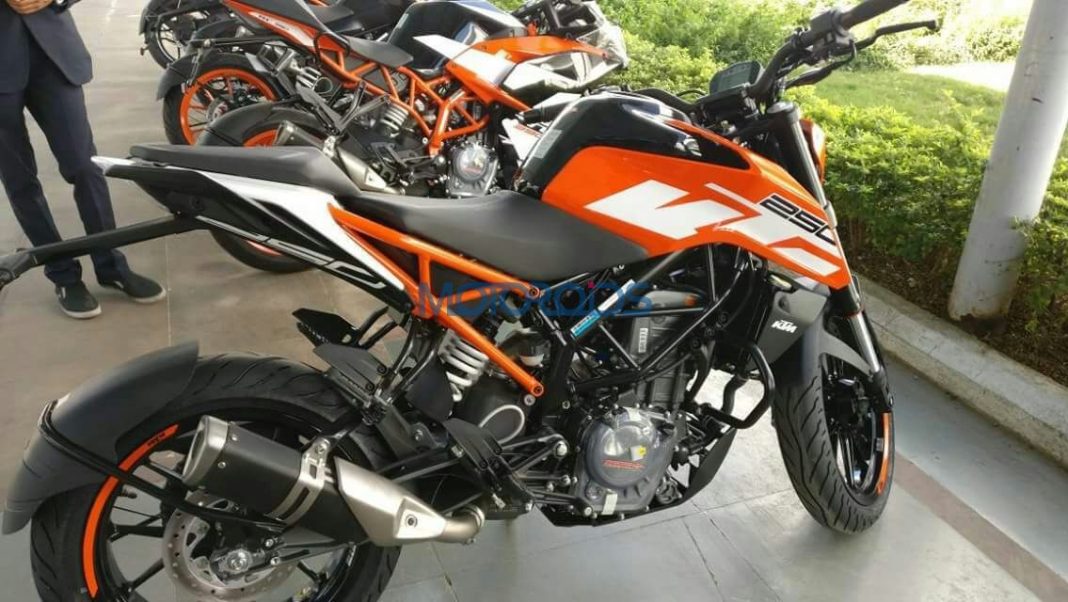 February 23rd, which has been officially announced as the launch date of the new “Duke range” in India is becoming big time interesting. Launch of the new Duke 390 is confirmed but there has been various speculations about the other Duke model(s) that KTM may introduce. There were rumours that they may launch Duke 200 in old model’s design with minor graphic additions. But the last sighting of a camouflaged test mule confirms that the Duke 200 will adorn new-gen design, quashing that rumour (link to report).

There was another word on the streets that KTM may introduce an additional third motorcycle between the 200 and the 390, which is nothing but the Duke 250. And in these two latest spottings, it gets clear that the 250 is indeed coming! 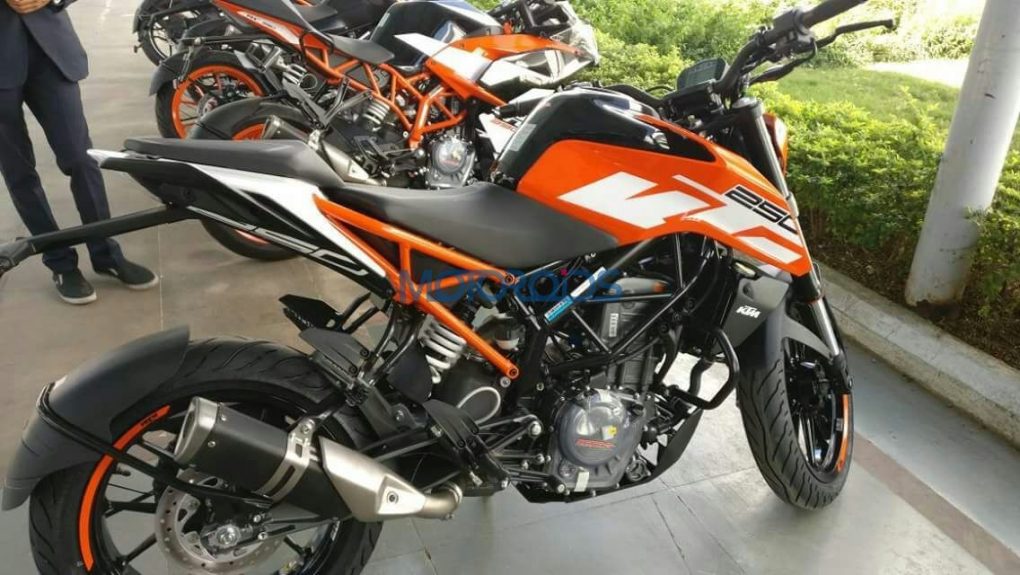 No, visually these motorcycles may be similar, but there are very minor differences. First up, the engine oil cap’s position is different in both the motorcycles. Secondly, if you look closely, there are minor differences in the crank case cover as well. So, it is a 100 percent confirmation that this is indeed the Duke 250 under (final) tests and the earlier mule spotted day before yesterday was the smaller Duke 200. 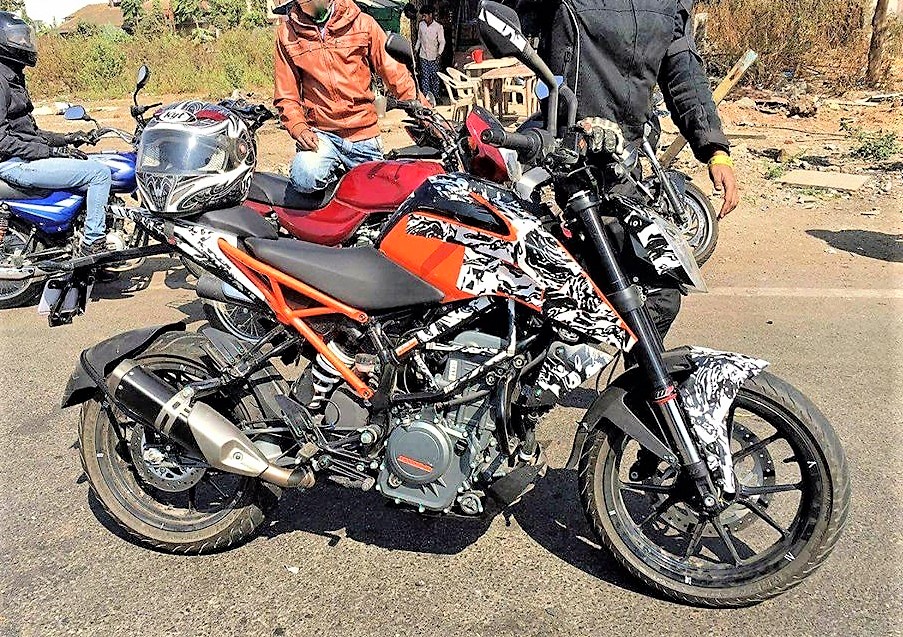 What is the confirmation that this pic of the production-ready Duke 250 with all the graphics, is from India?

First – it is sporting MRF C1 and FC1 tyres (which we have tested earlier) and second, Motoroids, the original source of that pic, says that this motorcycle is wearing saree guard which is limited to the India-spec version.

Duke 250 churns out 31 hp of peak power from its 248.8 cc single cylinder engine. The international version gets slipper clutch and ABS however misses out on ride-by-wire and TFT screen of the Duke 390.

We are not sure about slipper clutch but in both the spy pics, the India-spec Duke 250 does NOT feature ABS. Let us hope it is offered as an optional extra!