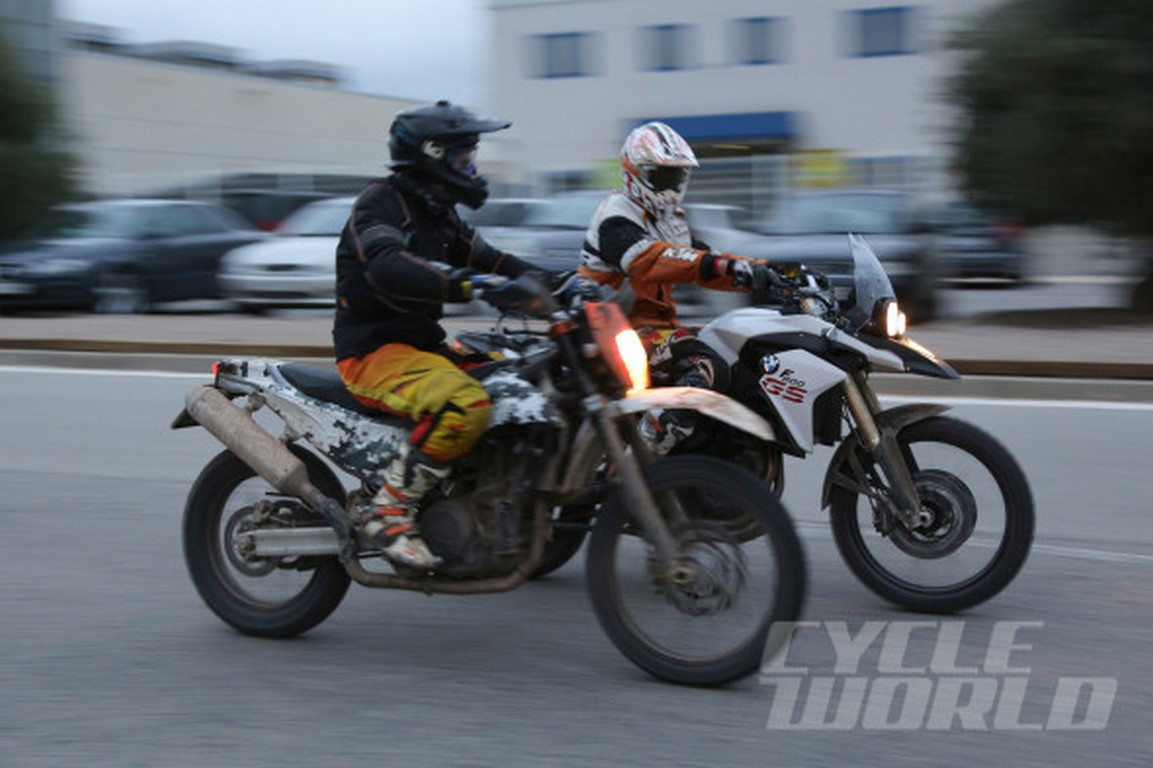 One brand that has redefined affordable performance in India, it has to be KTM! No other manufacturer has ever thought of providing 40+ horses in around Rs 2 Lakhs in India. Back at EICMA they had announced that they would be working on a new range of mid-sized twin cylinders engines for middleweight motorcycles displacing anywhere between 600 to 800 cc. 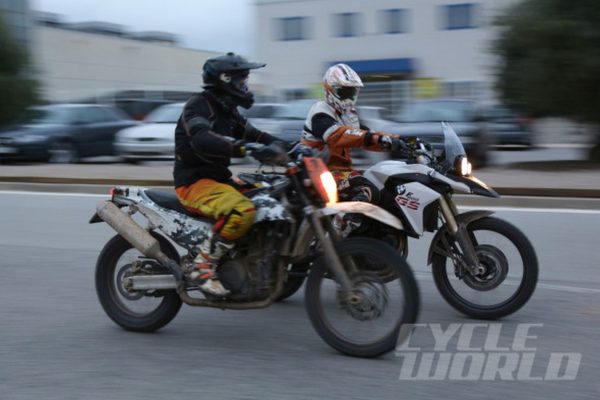 Development of this new line of engines has got a lot of enthusiasts excited over the possibilities since this would definitely include an Indian angle to it, considering that Bajaj has a significant stake in KTM and their motorcycles upto 400cc are already manufactured here. A twin cylinder ~700cc engine would allow KTM to play in the middle weight segment where they are not really talked about much at this moment. These engines will most probably also trickle down to Husqvarna motorcycles, giving them the economies of scale.

Imagine a ~700cc Supersport RC, churning out 75-77 horses or even more (the present single cylinder Duke 690 produces 67 bhp). These spy shots of the KTM Enduro 690 from Cycle World may be carrying a single cylinder engine but we do not see the Trellis Frame! The company has already indicated about this and you are probably looking at the first test mules which carry a new frame. 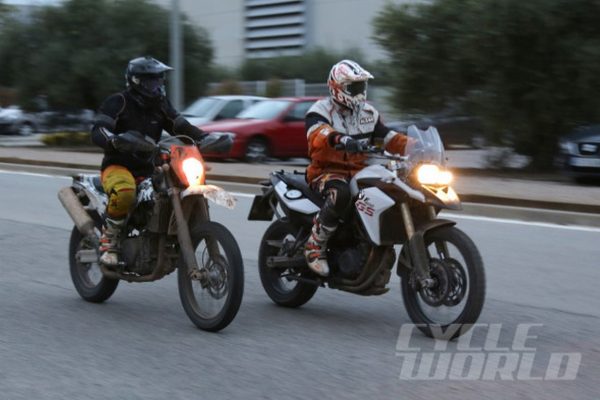 These spy pictures show a BMW F800 GS, a twin cylinder 798cc engine, (which produces 85 hp of power), running alongside what is possibly the 2016 model of the KTM 690 Enduro. We are not sure if there are any changes to the engine of this mule but they are certainly benchmarking something against the German!