KTM Boss Stefan Pierer does create waves in the media, and he has succeeded yet again in turning some heads. Some time back, he unveiled the plans of his firm to bring out a small capacity engine, positioned between the Duke 200 and Duke 390 models. 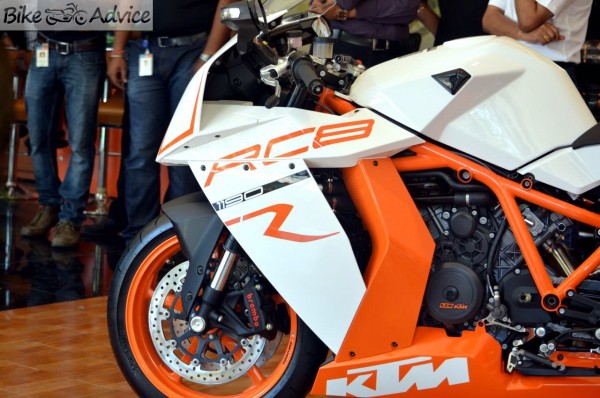 KTM has succeeded in carving out a niche for itself in the small-capacity based street-bike range, with the very eye-catching models Duke 125, Duke 200 and the-yet-to-come-to-India Duke 390. All of them share the same platform, only the mills change along with some nifty stuff as we progress northwards in terms of displacement.

The edgy 1190 RC8 R is their only sports-based offering, and could a similar platform be used along with varying engine sizes for creating a whole new RC based lineup ? KTM has tasted success with this “sharing-and-caring” approach, so could it be planning an encore with RC ?

This also seems to fall in sync with KTM’s aspirations, with the Austrian biggie planning to ramp up its capacity from 100,000 motorcycles a year to 200,000. The new engine will have a displacement capacity between 200 and 390. This speculation about a RC lineup is further bolstered by the fact that KTM is not a stranger to the world of small capacity racing, having produced some models like RC125GP and RC250GP.

While it is highly unlikely for the sports-based KTM babies to come out on the streets for testing at such an early phase, the fact is that Bajaj has a trick or two up its sleeve with which it can lay out surprises. We have very recently spotted a suspicious claimed Duke 200 on the roads of Pune under test. Could it have anything to do with these developments?