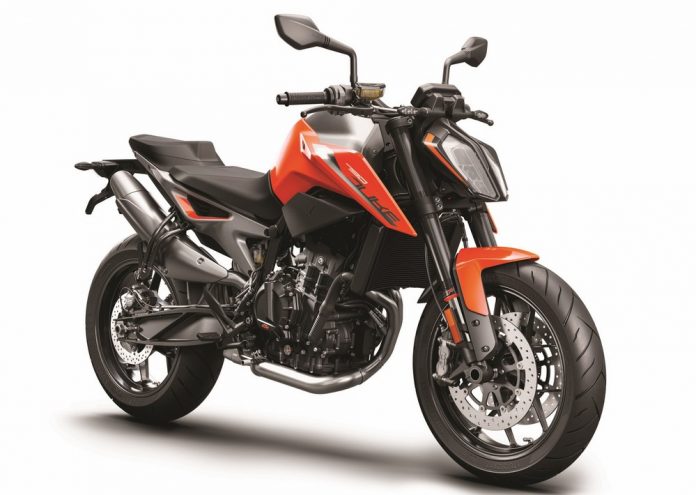 KTM 790 Duke BS4 discounts upto Rs 2.65 Lakh on the leftover stock. But you will have to be lucky to find one in your dealership…

Back in September 2019, Bajaj officially launched the KTM 790 Duke in India through its Probiking channel. It is a stellar motorcycle and Bajaj announced import and sales of only 100 units of which 41 were booked/sold within the first 10 days.

However, after 5-6 months, it appears that the company is yet to exhaust its limited stock of the mid-sizer. And considering that the motorcycle is still Bharat Stage 4 compliant, Bajaj will have to liquidate the remaining stock till 31st March as the stricter BS6 norms kick in from 1st April and no maker will be allowed to sell non-BS6 compliant two-wheelers in the market.

As per a new update from Autocar, KTM is offering the 790 Duke at a shattering price tag of Rs 5.99 Lakh ex-showroom which is a whopping discount of Rs 2.65 Lakh on the original ex-showroom price of Rs 8.64 Lakh. This is a massive markdown of nearly 31 percent over the original price. This will mean an on-road price of roughly 7.5 Lakh in Goa, according to the source.

Interestingly, while releasing details and prices of its other BS6 products, KTM has officially confirmed that it will launch the Bharat Stage 6 compliant 790 Duke in India after April (more details)!