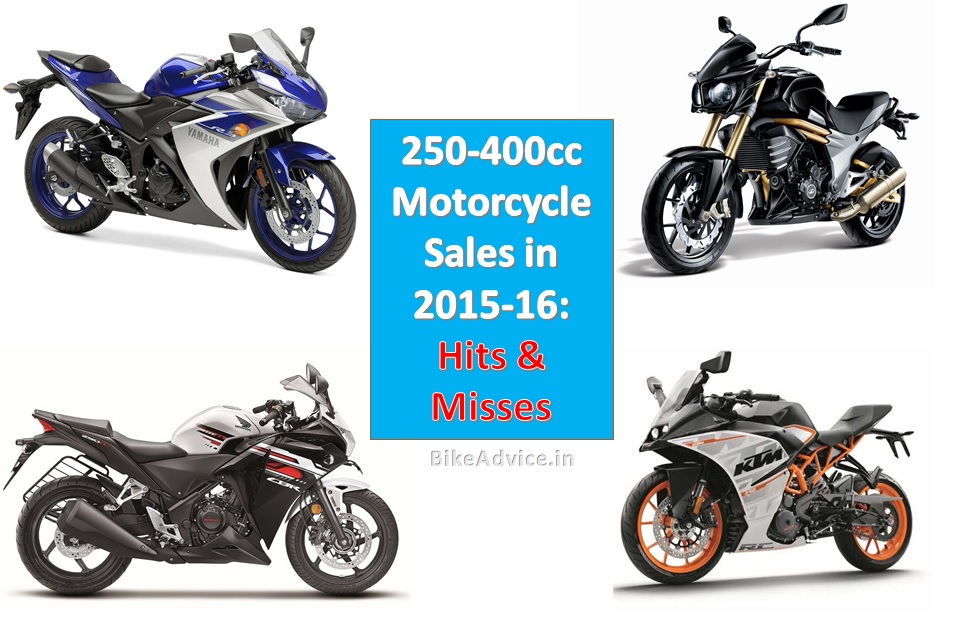 After sharing a detailed annual sales report on the 100 cc motorcycles (report link) and then the 125 cc segment (link to report), we shift our focus to something bigger – the 250 to 400 cc segment. This has traditionally been the next step for motorcyclists in India who want powerful/multi-cylinder motorcycles which do not cost them their kidneys!

A lot of credit should be given to Honda for the CBR 250R which, when launched, provided a wonderful stepping stone to the world of quarter litres. The value for money package however lost its sheen with the availability of the more powerful and affordable package in the form of the Duke 390 and then the RC390.

We take a wider perspective by including two year old sales figures to reveal how older motorcycles are doing year on year and what has been the impact of the new ones on them. Just for the records, there were two new launches in this segment whereas the Inazuma was discontinued.

Back in 2013-14 CBR was a massive seller and though sales have picked this year, they are not even half of what they used to be. Quite clearly, it is an outcome of Honda not paying heed to the brand and gradually, it may die a peaceful death if they continue with their neglect for our market considering the barrage of motorcycles that are lined up for a showdown in this space and the fall it has witnessed in the last few months. It is all the more saddening that Honda already has the new-age CBR250R in the international market and they would not have to make a model from the scratch.

The KTM duo is a chartsbuster and it appears that it will continue to rule the roost for many months to come. Kawasaki will have to bring in the single cylinder Z250 SL as the dual cylinder Z250 has turned out to be a bigger flop than Inazuma. It sold only 5 motorcycles on an average per month in the last fiscal. Just for your info, not a single unit of the motorcycle was sold in the month of March 2016.

On the other hand, Ninja 300, despite a slump continues to do decent business (For some reason, SIAM lists it twice – under Bajaj and Kawasaki, and adds up the tally as individual figures). As was expected R3 and RC390 have eaten its share.

Two new entrants have brought in healthy competition into the segment. Mahindra’s Mojo was finally launched (after 5 years of its first showcase) in the festive season last year. With premium features, great ride quality and an attractive price tag, the bike has been accepted pretty well. Considering that the 500 odd units came only from the four cities it was made available in (in only a handful of dealerships), it appears to be a potential brisk seller for this year, now that Mahindra has plans to launch it phase wise across the nation and there is a very positive word of mouth about it.

Turning heads to the other entrant – clearly, R3 has not yielded the kind of success it was expected to but the Japs are hopeful and they feel that, without any significant promotion, it will do well in the times to come. Back at its launch, they announced a target of 200 units a month, which is difficult but not impossible considering the kind of a lovely bike it is. 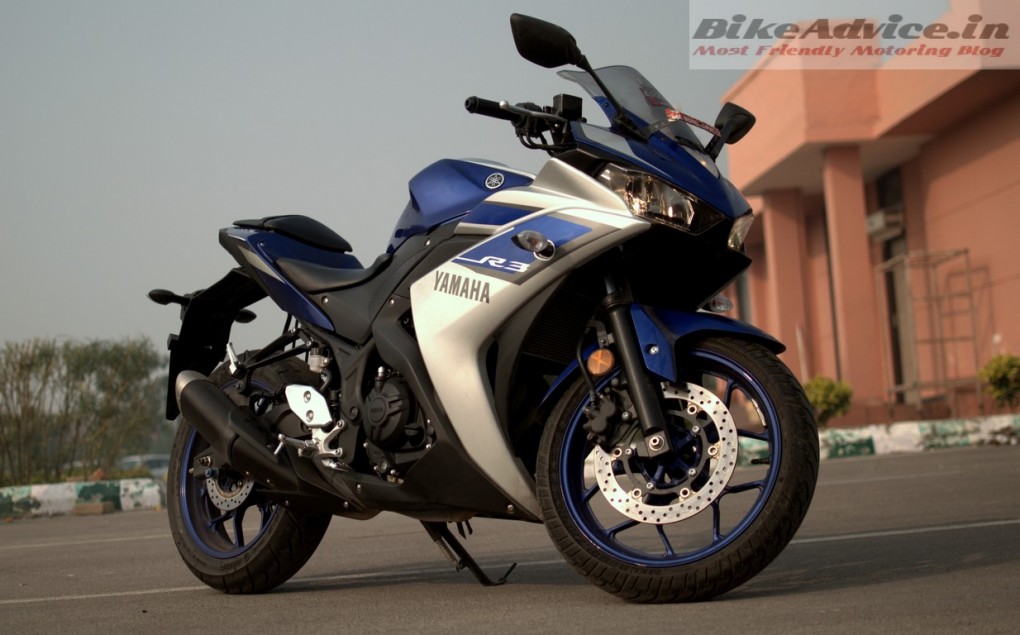 But look at that Royal Enfield’s rally! It defies all logics and the growth has been nothing short of stellar! The Electra, Bullet, Classic and Thunderbird 350 have shown phenomenal growth of over 50 per cent for the past two years and are only set to go to greater heights. This fiscal their tally stood at 4,56,110 units, their best ever figures!

So, that is how it stands in the entry level performance motorcycling in India – a lot of hits and misses and there is a motorcycle for almost everyone – track machines, sports tourers, tourers, streetfighters etc. Do share this article with your friends if you like it and do not forget to pen down your thoughts on which motorcycle will steal the show this year?