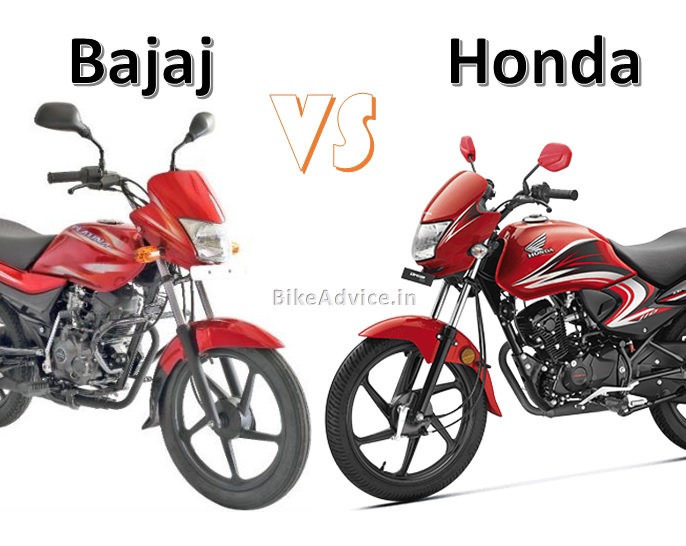 The entry level motorcycle segment, with an engine displacement of up to 110 cc, has been traditionally ruled by Hero. With sales of over 47 lakh units in the last fiscal, thanks to the trusted Splendors and others, they are the undisputed champions. And their end of partnership with Honda has resulted in only a minor drop this fiscal. Now, since Hero is firmly cemented on its place, its the fight for the second position that is more interesting – between Bajaj and Honda!

With both the players are sweating out hard to increase sales in this segment, Bajaj seems to have an upper hand over the Japanese competitor. While they are still behind their sales figure of 11,73,036 units in the financial year 2013-14, new models have certainly helped pick volumes in the last fiscal.

But the biggest concern is for Honda! If there is one segment they have tried everything in and out of the box it has to be the 100-110 cc segment. They tried peppy performance Twister, utilitarian Dream range and now the premium Livo but none of them have bothered, forget Hero, even Bajaj!

Honda’s Dream series has simply failed to incite excitement among buyers. The cost cut bare bones CD 110 Dream has not helped matters a lot and the rural buyers have formed the opinion that Dream Yuga and Neo are not as abuse friendly as Splendors (according to a few words I had with rural buyers). Honda tried to up the game with the new Livo but it doesn’t seem to have lifted their tally at all.

In terms of numbers, Honda’s sales figures have come down to just 4,92,432 units in the last fiscal which is a massive drop of 22 percent (over 1.40 Lakh in figures) as compared to the comparable 2014-15 financial year. 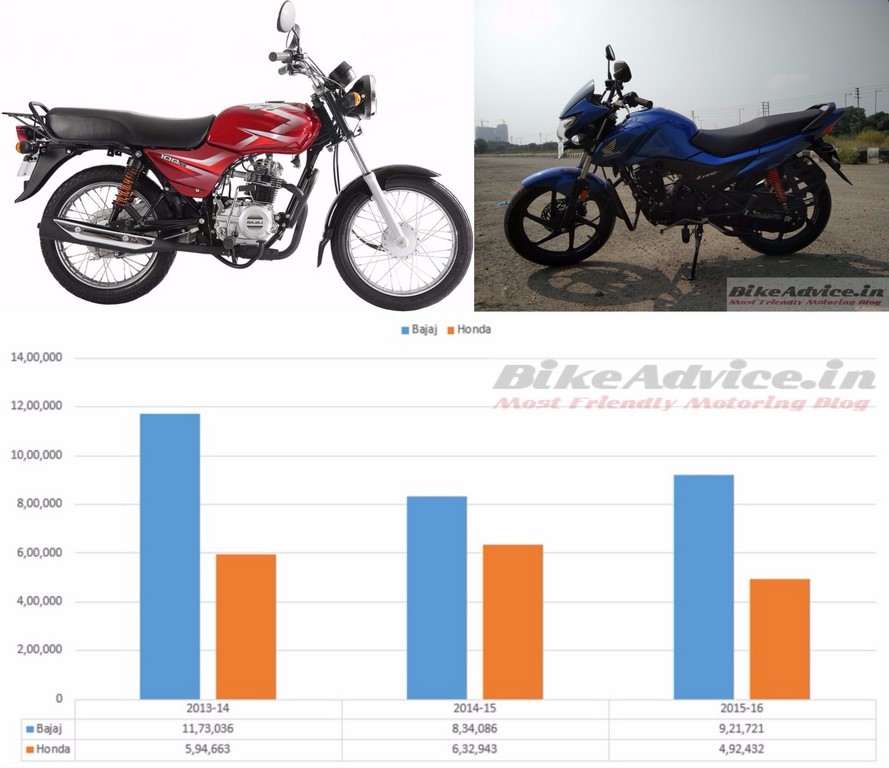 If Honda has to pinch Hero, they will have to pull out a miracle in this segment and if Dreams are not working they need to come up with something else, which will incite excitement in the market and a level of trust among rural buyers. They may also need to work on the prices of their products a wee bit as well. TVS (fourth at under 4 Lakh sales) has also sniffed blood and has upped the game with the new pretty impressive Victor.

Will Honda produce a turnaround this year and outdo Bajaj and inch closer to Hero? Will the Dream range work for them? What do you think?